This lists contain of historical manhwas where either the children are protagonists or are one of the main characters. Most of the Manhwas here have the "isekai" concept and the overall storyline is good.

Cultivation is a technique where users can achieve supernatural powers and eventually immortality through practicing both martial arts and meditation to cultivate their Qi. 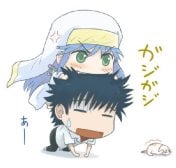 Kings, Queens, Emperors, Empresses, Pharaohs, Presidentes, etc. These characters are the rulers of a country, kingdom, empire or any other kind of structured state.

Unlike the traditional black and white manga from Japan, these comics are in full color. The distinct stylings, line detail and panelling that are unique to Japanese manga is still easily recognisable however (compared to...

A list of anime that feature or showcase members of the VTuber agency, hololive.