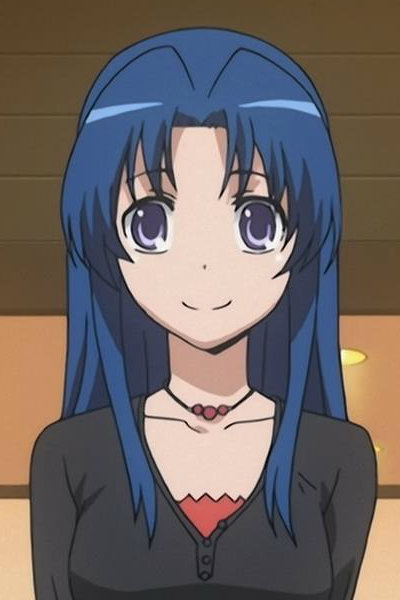 Tall, beautiful, and mature, Yuukasu's childhood friend Ami is already a working model. Her cool manner and fashion sense make her instantly popular when she transfers in, but due to her friendship with Yuusaku, she falls in with Ryuuji and the gang. Used to getting her way, she can be equal parts friendly and cruel, but mostly just wants people to see her for who she is, not who she pretends to be.

She is the most original character as far as I can deduce, and her relationships with the other characters are developed and relevant to the narrative. She is also complex compared to the average character in a romantic comedy. As the user below stated, she is somewhat of a "fifth wheel", but I feel her pros outweigh her cons.

Hot take:  She's best girl.  She's a little bitchy but that's not really who she is.  That's a manifestation of her insecurity, and to be perfectly frank, it's not any more egregious than Taiga's extremely frequent (and frankly abusive) physical violence.  Minori's nutty mood swings and bizarre personality shifts aren't any better.  Ami is the only one who regularly says what she means when the chips are down, and actually plays the fewest mindgames.  She just gets screwed over for being the "fifth wheel" to the polygon.

That, and her truth bombs were just gold almost every damn time.  Paradoxically, despite her annoying "social face" (which learns to outgrow herself), she plays the fewest mind games out of any of the main girls in the show.  Pick Taiga if you want to be a physically abused simp for the rest of your life, and pick Minori if you want your wife's personality to reroll itself every damn night.

She's a bitch but a likeable one. She has good intentions.

she is a big no