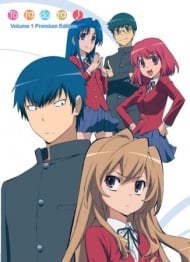 Recently, various food-related issues have been plaguing everyone, from Ami’s pudding woes to Yuri-sensei’s curry rejection. In an effort to cheer everyone up, Ryuuji’s foolproof plan is to take them all to a family restaurant. However, with each visit, a chance encounter with Minorin soon turns his plans upside down. Whether the pair ends up in a battle over which is best - spaghetti with meat or seafood - or comparing their knowledge of curry, their time together always manages to be eventful.

Oh God, why did I watch this...? *Sigh* It's not bad, it really isn't. It was just... Boring. To start off, unlike it's parent series Toradora!, which revolved around a love dodecahedron of sorts, SOS focuses on... Food. While this is interesting at first, it soon looses its panache. There isn't really much plot to talk about. It's just talking about food and saying that it's delicious. The art as well isn't great. As this is more or less a gag spin-off, the character models are all very chibi and seems a bit reminiscent of Haruhi-chan. What's interesting about the character designs is that the girls all have something that relates to their nicknames. Taiga, the Palmtop Tiger, has tiger ears and a tail, Ami, also known as Stupid Chihuahua has dog ears and a tail and Minori has... a flower? The boys don't have anything though, which is a bit sad. The backgrounds also are very simple, keeping an undetailed version of the backgrounds from the series with people in the background just being gray blobs. As for the characterization itself, all the characters maintain the personalities they would have had around the middle of Toradora!, but with any hints of drama taken away of course. The main problems they have is that they do roughly the same thing, from dialogue to actions, in every episode. The soundtrack as well is very similar to the original series, though it only uses the more upbeat tracks and it isn't very noticeable anyways. The voice acting is the same as Toradora! though and the actors do great with the given material. Some people will enjoy this, some people won't. If you've watched Toradora! beforehand though (which you should considering this is a spin-off) you will probably find something in this to enjoy and luckily it's not a long show so it doesn't have time to get too boring. Chances are though, you'll know from the first episode whether or not you will enjoy it. With that said, I give this delicious "Strawberry On Shortcake" a 6 out of 10.

OVERVIEW this series is 5 episodes long and around 5 mins each and as a whole it's a parody of the main show, where each of the regularly appearing characters essentially had one of their defining traits turned up considerably PLOT what plot? what is this plot you speak of? all this is about various Japanese health customs and a bit of info on various foods ANIMATION all the characters are essentially drawn in a super deformed way and with minimal animation CHARACTERS they're all portrayed as extreme versions of themselves relative to the main show (i.e. Taiga being known as palmtop tiger now has tiger ears and tail, etc) and of course Ryuuji being a cleaning and cooking crazed character pretty much summed up the entire show. OVERALL this is one of those spoof shows that's designed purely for those who happened to MARATHONED the entire main show in one sitting and acts as something akin to light dessert, considering that this is a DVD special they aren't bad but don't watch it as a standalone; otherwise it's rather odd... VIDEO SAMPLE 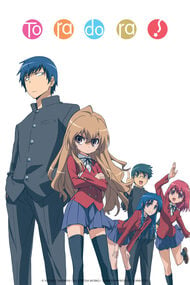 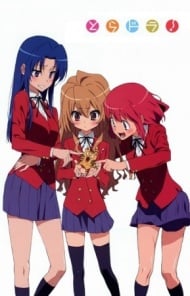 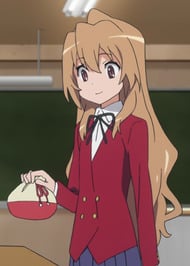 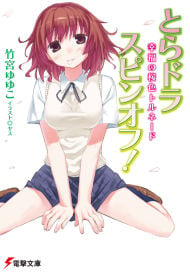 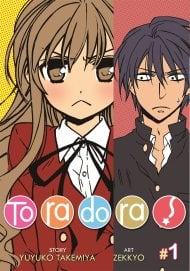