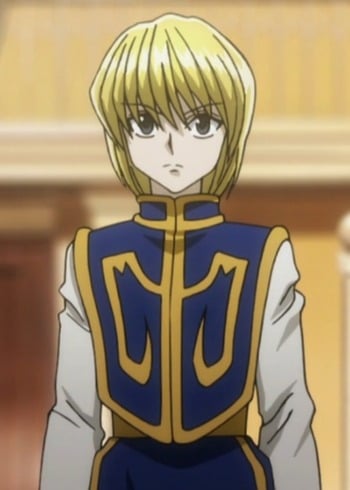 In stark contrast to his rather hot-headed companions, Kurapika is much more grounded and thinks through problems before jumping in with both feet. Although violence is not his first choice to solve problems, he has proved himself to be a worthy fighter on numerous occasions. His history with the Kurta tribe has left deep scars and a lust for revenge.

How can you call him 'blonde Sasuke' when HxH came before Naruto yall are so embarrassing.

Kurapika is a damn moralist, in comparison Sasuke Uchiha is a well-written character, after killing Itachi, Sasuke suffered a lack of purpose so in Naruto shippuden his actions were very crazy and he went on to say that he would destroy Konoha to say that it would be Hokage Although Sasuke didn't like me much, Kurapika taught me that this is not the worst thing that can happen to a character motivated by revenge, the worst thing is that he walks around looking for moral justifications

Comparing this boy to Sasuke is the biggest insult I've ever seen.