3x3 Sampler of Some of My Favorites: 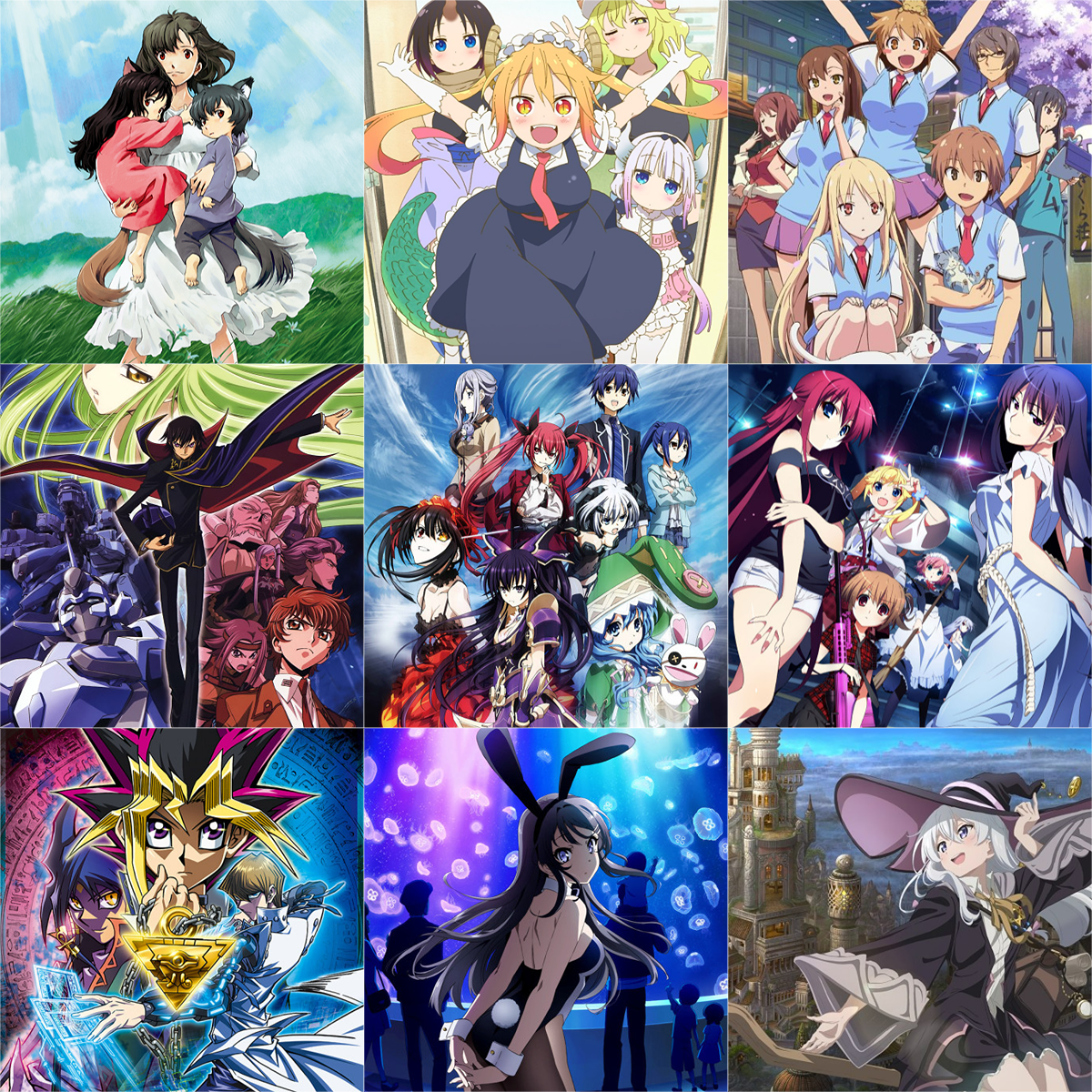 Tho I do most of my reviews here on AP.

Grading Scale (for both reviews and in general):

10/5 stars - Couldn't ask for better. Obviously no anime is truly perfect, but its as close as you can reasonably get. The flaws are so small and insignificant that you pretty much have to nitpick with a fine comb for them essentially. Amazing all the way, full-on emotionally invested, and pretty much unforgettable. Can personally remember and cite almost everything from it to near perfect accuracy to this day. Masterpieces.

9/4.5 stars - Fantastic. Among the best I've seen and incredibly well done on almost every front. Extremely good, captured my interest, and so memorable that I could likely name close to - if not every relevant character and episode from these anime without a problem. Has maybe 1 notable flaw or problem that keeps it from being a 10, but nothing major. Absolute must watches.

8/4 stars - Great. More than just good: Managed to get me emtionally invested and very interested in what was going on. Might have a couple noteable flaws, but is executed well enough to rope me in and make me willing to overlook them. (While not a specific requirement for this grade, anything that can successfully manage to make me cry is an instant 8 or higher). Strongly enjoyed and would go well out of my way to to recommend.

7/3.5 stars - Good. Does more than just keep me entertained. Got me genuininely interested in what was happening and I had a very enjoyable time watching. 7 and above are shows I have or would consider rewatching willingly for fun. Would absolutely endorse anything 7 or above.

6/3 stars - Enjoyable. Kept me entertained to where I wouldn't consider it time wasted. It could be basic, flawed, or semi-predictable, etc - but at least managed to be fun and/or semi-interesting. Positives outweighed the negatives. Likely wouldn't go out of my way to rewatch, but I had a nice enough time while I was here to enjoy it. Could freely recommend anything rated 6 or above if asked.

5/2.5 stars - Just Okay/Meh. Didn't dislike it, but nor could I say I particularly enjoyed it. Not bad, but wouldn't call it good either. A bit too balanced and not very notable in pretty much every aspect. Usually never felt invested for better or worse at any point, but some rare cases a 5 can be utilized to balance out some very polarizing anime in terms of enjoyment vs flaws. Generally though, they're just generic, uninteresting, and forgettable time wasters. I wouldn't go out of my way to disuade anyone from watching, but nor would I recommend them.

4/2 stars - Not good. Might have some redeeming qualities or things that stand out that I liked - but overall not enjoyable and kinda boring. Negatives outweigh the positives. Could maybe be convinced to watch a sequel (if there is one) if I hear good enough things about it to convince me to give it a chance tho, but it is rare and on a personal case by case basis. Typically not recommended.

3/1.5 stars - Bad. Definitively bad. Negatives greatly outweigh the positives. Has maybe 1 or few things it does well enough, but that's it. What distinguishes 3's from 2's or lower though, is that these can make for an enjoyable hate watch on rare occasion. This is the area for some anime that are "so bad, it almost loops around to becoming 'good'" (or perhaps tolerable is a better choice of word). In short; this is the primarily hate-watch tier. Pretty much only recommended if you're in the mood for watching a very specific type of trash.

2/1 stars - Very bad. Among the worst I've seen, with little to no redeeming qualities. Has maybe a couple of very minor things going for it but thats it. Typically overly cringey, predictable, visually lacking, and/or extremely boring - even aggravating to watch depending on what it is. Doesn't even make for an entertaining hate watch. Never recommended.

1/0.5 stars - ... Better call the Men in Black and ask them to come over with their memory Neuralyzer - I'd rather forget watching these abominable, truly distinguished dumpster fires than have it take up space in my heading knowing I've wasted time watching these atrocities. Watch only if you have the tolerance for enduring a complete and utter distasterpiece.

Half-grades given on rarer occasion when an anime is a bit higher than the tier below it, but not quite enough to reach the one above. If there's a review it'll usually be explained there

If you're looking to contact me (for some reason) you can try reaching me through my Discord. I'm typically far more likely to respond or check on a more frequent basis there than here.
JustInCaseD#9880

Hey man, I just wanted to let you know: I was able to get the first TV release, and I do think the CG looks cleaner. Especially in the space episode. I think they redid the color balancing or something. The Tenka vs Origami fight still looks awful, but there is another version coming in September (This is being released in 2 waves like season 2 was).

The reason the fight looks better in the opening is because TNK (The studio that did High School DxD Seasons 1-3) actually did most of that animation work. Geek Toys hired a lot of extra smaller studio's to help with this season (I think they were more upset about the 5 month delay then we fans were). So that why there was so much bad CGI present. Hopefully they'll be able to have a better time with producing season 5, cause I don't like anime CGI in general.

What's wrong with Ais and Noir?