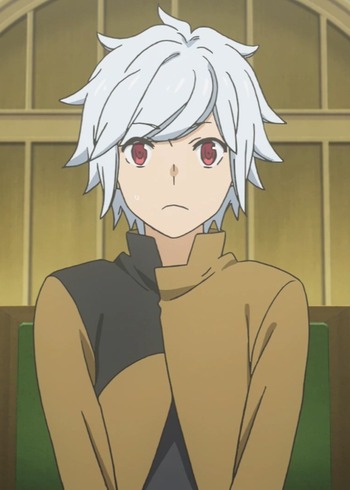 i find him very annoying and cliche...

One of the most naive and wimpy characters in the anime. He is never able to think for himself and take decisions on time, fights mostly in the silliest of ways (gets his ass handed most of the times) and his underwhelming presence always forces other characters to forcefully emphasize his greatness (which otherwise is very hard to notice).
In short, in my opinion Bell could have made a decent supporting character but for a protagonist he is just too.....irrelevant!

He keeps begging ,crying .waht a useless person.even the side character are much better than him . He a total loser

I like him. Kinda innocent, but that character development is what really sold me.