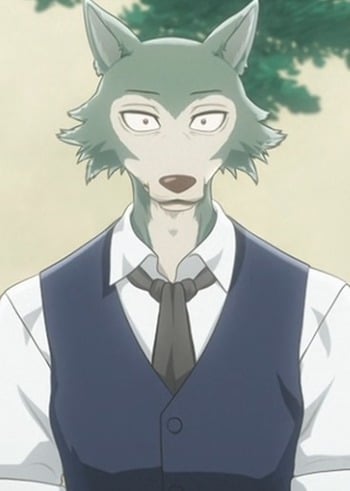 Sure he has some issues lol but I love him.

After reading the manga:

He is one of the worst written characters I've ever seen in my life. A constantly revolving door of selfishness, stupidity, and contradictions. One of the most self-destructive characters I've ever seen... I mean he literally ripped out his own ******** without even thinking it over and acted like it didn't even hurt. He's constantly trying to justify committing crimes even though he spends 40+ chapters at a time being so faithfully against those crimes just to throw it away in like two pages of a chapter. He's shallow, and causally explains away his stupidity as "fetishes," and repeatedly disappoints and hurts the people around him. Worst off he never learns his lesson or changes. I give Legosi a 1/10, the inconsistent writing of this character has ruined the manga for me

To the people who disliked him... trust, you will be dealt with