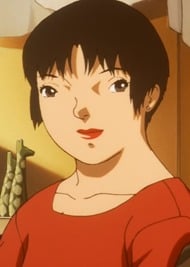 i liked her SO much only for that to be destroyed. LOL

I know I put her as the character's I dislike but I do feel sorry for her. It isn't her fault that she was obsessed with the idol version of Mima. She just didn't want Mima to change into the actress she became, she wanted her to live up to the expectations of being an idol even though she retired as an idol. Because of this, she created another personality in which she is the idol version of Mima herself so she could try and convince Mima back into her idol life.