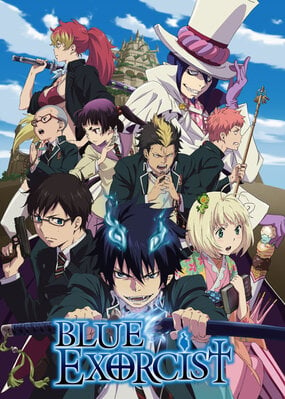 Ao no Exorcist is one of those shows you will either hate or love, without much of a middle ground. The reason for this division of opinion is the amount of shounen cliche that makes up roughly 80% of the story. Story: Like I said, Ao no Exorcist is pretty much one shounen cliche after another. Everyone in the cram school has some special ability or they are pretty much there for comedic relief (or random plotpoint when necessary). The main character is an orphan with ties to pretty much every secret society in the anime for one reason or another, but he has no idea of that until he is abruptly made to realize that "Oh my god, I have superhuman abilities". The main action in the anime is centered about Rin learning to use said superhuman abilities without turning into a demon. Animation: The animation randomly switches from the light-bathed halls of the exorcist school to the dark, and rather eerie battles with demons. Movements are fluid and the settings are intricate. A lot of detail is given to each character, regardless of their importance, so the animation is top notch. Sound: The OP's set a pretty upbeat and quick tempo for the anime, which it needed considering how much fighting takes place. The soundtrack enhanced the fighting scenes enough to engage the viewer. Characters: The characters were a bunch of teenagers with enough personality quirks to set them apart from each other. Still, they tended to fall into certain cookie-cutter character molds. While I liked the dynamics between the characters, I wanted them to have a little more depth.

Blue Exorcist was very hyped when it came out, for two reasons. One being the only thing most people care about, the pretty colors. The animation is very good compared to most other anime which are cutting their budgets because they are just making cheap promotions of the source material. The other positive is the very exciting beginning, which promises a lot, only to deliver nothing. In the first two episodes, the protagonist finds out he is the son of the devil, and vows before his foster father's corpse to become the most powerful exorcist and to destroy him with his infernal powers. What follows that awesome premise, has nothing to do with it. He just goes to a school where he is shouting at his brother, reads manga, complains about homework, sleeps in class, fails in all tests, and then hits the beach so he can loaf around. His commitment to the cause is so strong, it's heart-breaking. If you look past its initial hook, you just get yet another shonen with a yet another team of edgy teenagers, ghost busting monsters. The concept is very close to D.Gray Man or Soul Eater if you take out all the effort from the script. There is nothing special about the setting and how people and monsters interact with each other. The demons are not summoned because of human grief, the characters are not fusing their powers through teamwork, and heaven is just a place full of angels. Good luck making things interesting when the concept is bare bones.And not only it’s bare bones, it also makes no sense. I mean, they summon monsters by biting they fingers like in Naruto, or draw summoning circles on the ground like in Full Metal Alchemist. Why are they called exorcists when they are summoning demons? How are the fanatic paladins supposed to be Christians when they want to use Rin, who is full of the devil’s power? And why is a half naked bimbo able to make holy water by chanting when she never prayed to God? Why do you even need to chant anything in order to banish a monster when a simple sword slash is just as effective? And the best part is that they can’t sanctify their own school, because it will drive away their own demons. As a result, the school is constantly being attacked by fiends, and there is no protection against that. The defenses of Hogwarts say hello. My point is, these are definitely not exorcists. But then again Naruto wasn’t really about ninjas either; so down to it, this is all some lame excuse to call the characters something when they can be called anything else just as easily. Like Ao no Ninja or Ao no Summoner.Even if there was an interesting concept that could rival the complexity of something like A Certain Magical Index the show would still not be interesting because it has a lot less action than it has school comedy, making it one hell of a boring fighting shonen. Also, it’s not a good comedy, since the jokes are pretty average stuff you can find in pretty much any anime. And although it’s normal for fighting shonen to start light and humorous at first before they become heavy on action and drama later on, in this case, it never happens because the show does not last long enough to get to that serious part. I am not against all this boring training they are going through for most of the show, but it doesn’t feel anywhere as significant as the first episodes and doesn’t even have a pay-off. Also, as cool as the animation may be, the same cannot be said about the artwork. There is no theme in the setting. Soul Eater had weird suns and moons, D.Gray Man had a gothic feeling. What is the theme of this world? Looks great but feels generic. The same thing can be said about the characters who are all so average. If I describe the protagonist as dumb, bored, with a dark side that comes out when he is in danger and makes him OP, I am basically describing 95% of all protagonists. The same can be said about the other characters, which you have seen hundreds of times before. - His brother Yukio is a dull four-eyes, who offers nothing to the overall plot other than a complaining brother. - Shiemi is the archetypical frail girl and token platonic girlfriend of the show. Being a girl in shounen, she is typically a useless damsel in distress everybody is after. So ok, she also is the healer of the group but that is only something that helps AFTER the battle is over. Beyond that she is as useless as Sakura from Naruto. - There are also some other students in a school for exorcists but they also feel completely flat as personalities as well; I find nothing special in the entire cast. Many of them are in fact fujoshi bait cardboards. Furthermore, you don’t even care about them right away. You will never bother to think “yeah, that is an interesting character”, which happens in all successful shonen. You just see delinquent males, damsels in distress, or big busted bimbos. Not to mention the cardinal sin of shonen, which is when they are catching up to the manga and then have to resort to filler episodes. In this show it is even worse because the adaptation came out way too soon. Half of the show is dead time and the rest of it, is boring training sessions. So down to it, we have two great episodes, followed by dull characters, a story that barely matters, subpar humor, and lots of fillers. But the colors are pretty, so who cares?

Blue Exorcist is a great anime for any shounen fan out there, or anyone that just wants a taste of anime for the first time. Published by A-1 Pictures (Black Butler, Sword Art Online, and various other titles), Blue Exorcist provides enjoyment with its variety of characters and nice animation. It focuses on the ironic idea of a demon killing demons; and, not just any demon, but Satan. The first episode goes directly into the story, and, at least for me, hooked my attention. The introduction to this series was well-thought out, even if it was in a few episodes. The thrilling soundtrack produced by Hiroyuki Sawano (Attack on Titan, Kill la Kill) keeps one on their feet through all the battle scenes.  Because the manga is ongoing, this 25-episode anime had an original ending (much like the original Fullmetal Alchemist series). This, I feel, was one of the weaknesses of Blue Exorcist; it felt a bit rushed, and did not completely focus on the story. There are very many unnecessary filler episodes, and, while they do give the other characters the "attention" (thus the effective character build-up), it seems as though the conclusion of the series isn't focused on until the last few episodes.  As I mentioned before, this anime has a large variety of characters with different personalities. And, as I also mentioned, the filler episodes help chracterize them. Each character is their own person, each with a reasonable amount of screen time. One can easily relate themselves to another character in Blue Exorcist because of this.  Blue Exorcist has left an impact on me through its beautiful way of conveying the thoughts and feelings of all the characters. It teaches one about sacrifice for those close to them, and the challenges one must overcome to achieve their dream. If you are searching for an anime with a well-thought out story, Blue Exorcist is highly recommended. The action scenes will leave shivers down your spine, making you want to watch the next episode immediately. One may simply fall in love with the abstract characters and melodic soundtrack. Blue Exorcist will most certainly satisfy your anime dosage, whether you may be a rookie or an amatuer. 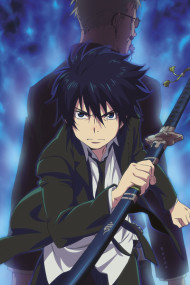 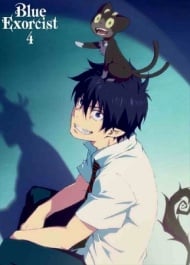 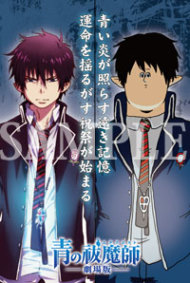 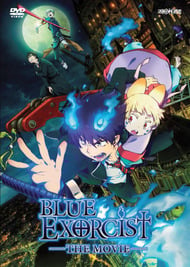 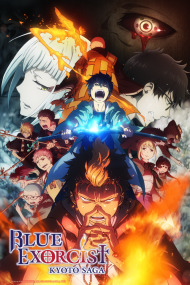 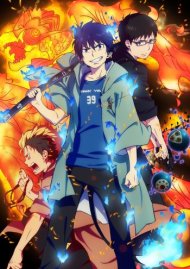 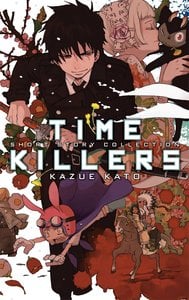 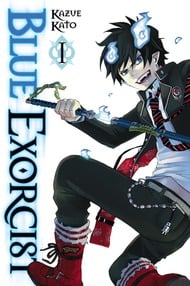 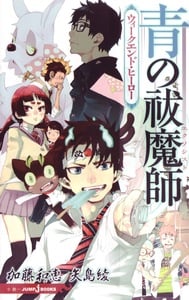 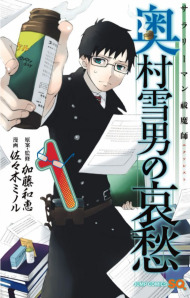