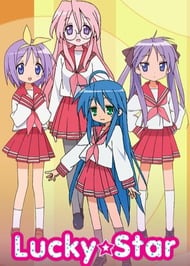 Story: I heard a lot of good things about Lucky Star. However, it didn't quite live up to my expectations. It was funny but not hilarious. Maybe if I understood more of the parodies, I would have enjoyed it more. It was very light and cute. Nothing too serious or would take a lot thinking. I only took off points because it wasn't as funny as I was expecting. I was entertained for the most part but I wasn't incredibly excited to watch the next. I thought the ending was too open ended for me. The Lucky channel was ok. It did get better. Also, I didn't expect too much of a plot and that's what I got. The series consisted of short segments which isn't a bad thing and the dance was great. Animation: Very cute. Ridiciously adorable. If you don't like cute things than you wouldn't like thing. I really enjoyed the chibis and the way they used the animation to make the series funnier. I wasn't much of a fan of the ending with the real people. I liked the karoake better even though it was just a door. I wasn't a fan of the blush on everyone. Sound: I loved the parodies with all the music. However, unless it was a reference or the opening, the rest of the soundtrack was subpar but the series doesn't really lend itself to have an amazing soundtrack. The seiyuus were fantastic. I loved them. Characters: Konata is easily the best character on the series. Everybody else seems like a archetype. There isn't much development although I wasn't expecting much. The characters basicallly stay the same. It isn't necessarly bad but I don't really know anyone's name except Konata's. Overall: A light easy watch. It's entertainig and probably a good series if you're an otaku because you'll understand all the references. It is funny but not as funny as I was excepting. I wasn't laughing out loud but I geniuinly chuckled and grinned a lot. At the very least, I would watch the dance.

Story: (2/10) ... huh...? There was a story to this...? Not really, no. It's just "watch 4 girls and creepy acquaintences and siblings as they roll around and talk about menial crap." Yep, that about sums up the story and my opinion on it. Damn I'm good.   Animation: (7/10) Cute. Appropriate. I personally liked it, but after a while the backgrounds were rather dull and I got sick of seeing the same characters standing in the same positions for 20 minutes at a time. Decent? Yeah. Great? Not really. Sound: (4/10) All four points are for the OP. Super addicting. The rest? Voice actors are ear-itching after about 3 episodes, the background music was almost always this certain piano peice that sounded like it was composed by a chimp with down syndrome and a nice mix of Parkinson's and cerebral palsy. The ED theme was virtually non-existant, as it was usually just another skit known as "Lucky Channel", which is why the overall gets an extra point. Characters: (2/10) All the characters were extremely dull and hardly memorable at all, with the only real charismatic value coming from the blue-haired otaku girl, who frankly also became dull as the show sucked her humor out like a housewife. Essentially the character personalities offer a "meh, that was kinda funny" experience for a few episodes before becoming blatantly repetitive. Overall: (4/10) Honestly this show is drastically overrated. The best part about it is Lucky Channel, which is just a 2 minute segment. So the overall is 1 point for otaku girl, 1 point for the OP, one point for Lucky Channel, and one point for letting me know just how slice-of-lifey you can be if you try. Honestly, watch this if your pet-peeve is watching high school lolis talk about taking trips to the dentist and studying. 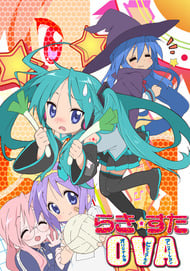 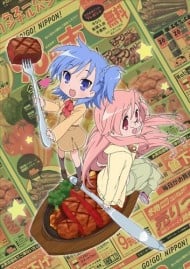 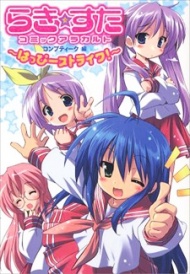 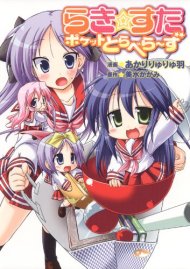 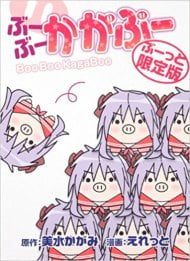 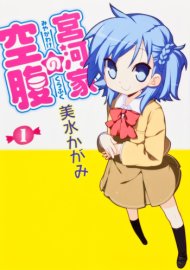