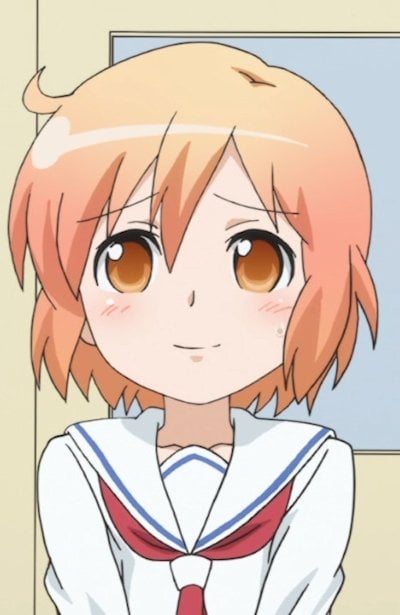 Protect Haruka with all costs.

Tbh it's entirely her fault that she was hated by everyone. If she wasn't stupid enough to, you know, reveal everyone's darkest secrets immediately, then she could have made some friends. She was only created to be pitied by the audience and I hate characters like that.

Being able to read people's mind is not a crime after all. I love this little girl so much. She is my favorite character in the show. Like Madoka Kaname the protagonist in Madoka Magica, Haruka Kotoura also did a lot crying in the anime. I know why she cries at every time at the first place. I feel sad in at least 1 of the little girls' cryings that I want to hug one of them. I still love her. Both of the protagonists are naive, kind, friendly and feel insecure. I want to adopt Haruka because her past makes me sad. Both look cute when they wear her school uniform.

One of the differences is Madoka's family are good and loving, but Haruka's family are seriously terrible. Haruka is abondoned by her parents. Madoka becomes a crybaby after Mami Tomoe's death. Haruka becomes a crybaby after she is abondoned by her parents and her kindengarten's students called her a 'monster'. Madoka has no troubles in making friends but Haruka has because Madoka is outrovert and Haruka is the opposite.