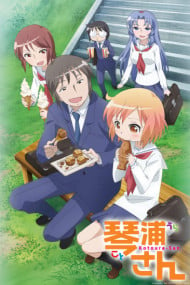 This anime, for a lack of a better term, honey-dicked the complete shit outta me. The first ten minutes of the first episode had me enthralled; going in, I believed this to be nothing more than your typical, cut and dry slice-of-life series. I was sadly correct in my assumptions. Kotoura-san fails to live up to its true potential, opting to follow a generic, unoriginal plotline instead of chasing after a much darker, more serious narrative that is practically shoved down the viewer's throats in the first ten minutes of the premiere episode. To put it bluntly, the writing is far-too heavy handed (Kotoura's L's are just piled atop one another), the go-to joke gets old incredibly quickly (by the fifth time you'll want to gouge your eyes out), and there is no cohesive story or narrative whatsoever (much of the latter episodes seem to be nothing more than filler).    Kotoura-san's most grieveous sin, however, is that it fails to tell the story that everyone wants to hear. As I said previously, the first ten minutes of the premiere episode sets up the anime beautifully to cover serious topics such as abandonement, self-identity/self-discovery, and the blatant denail of truth in order to remain happy, just to name a few. What the anime does decide to cover, however, is the shoddily assembled backstory of an uninterestingly cliched supporting character, a love traingle whose result can be seen from a mile away, and an inconsistent and hastily written romance between Kotoura-san and some schmuck whose name I have forgotten. For fuck's sake, the latter episodes focus on some schoolgirl abusing criminal that appeared out of nowhere, and whose entrance/exit was as equally mundane and predictable as the rest of the anime. The anime itself is nothing special; it was vibrant, everything sounded okay, the animation was fine.  In short, stay away from this anime if you don't want to be disappointed. If you enjoy happy-go-lucky shojou type series that leave no lasting impression, feel free to watch.

This show goes from tragic to campy to syrupy in what are essentially three emotional acts, and it does each of them fairly well.  The mixture, however, is a little more jarring than I could really take.  The first few episodes, and episode one in particular, made me feel like crying at every turn.  The characters were so raw and the storyline so convincing.  Then, when the initial tension is resolved, it drops into several episodes of club hijinks and PG perversion.  Then, when it looks like it will take a turn for the dark again, it ends up trying to tie up story arc after story arc with happy endings.  It was worth watching, but at the end I feel like some kind of creative direction was needed to make the story more consistently appealing. The sound was average, with the voiceacting being rather unimpressive.  The art, when it was the focus, was excellent, but it was interspersed with far too many cartoonish scenes (and a couple of persistently cartoonish characters) for my tastes.  If you can do the art and animation well, do it.  The characters were the best feature overall, with only the protagonist (and the grandfather) being far too two-dimensional to be believable. It's above average overall but only slightly so. 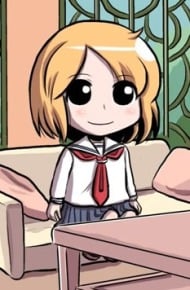 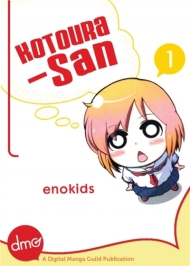