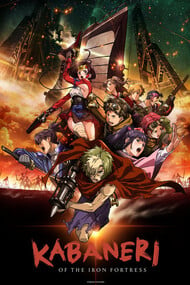 During the industrial revolution, mankind is threatened by the sudden emergence of undead monsters who can only be killed by piercing their heart through an iron plate. Those bitten become one of them. Called the “Kabane,” these monsters exploded in number. The Hinomoto people built fortress stations and barricaded themselves inside. Only steam locomotives, the Hayajiros, can travel between them.

Wit Studio is at it again with their THIRD ANIME THAT IS THE EXACT SAME STORYLINE AS ATTACK ON TITAN. Humanity is dying and has been confined because some more powerful species showed up and is serving human butt on a silver platter. Thus, an angry edgy teen tries to change everything despite having NOTHING special about him, BUT SUDDENLY HE HAS CRAZY SUPER POWERS. That's Attack on Titan, Owari no Seraph, and Kabaneri of the Iron Fortress. All by Wit Studio. Seriously? Stop it guys, you're better than this. If you gotta make AoT again, just make the second season people have been begging for.

*deep breath in*  I think I have finally decided on what I want to say here.  I have been trying to figure out where this anime belongs in my heart.  I will be less ragey and more deliberate than my previous scribblingsok, lets dig in.  First of all, lets point some very important things out.  Attack on Titan was based on a manga core, anime adaption was created after.  Seraph of the End was based on a manga core and an anime adaption was created afterward.  Kabaneri of the Iron Fortress was an anime core with a supposed manga adaption to come"so what does that mean?"well, manga is fundamentally different from anime.  Manga does not have animations, often no color, no actual music or sound, no voice actors.  it does have artwork to help visualize, but the most important thing about manga is the story and characters.  "so what about anime?"Anime takes a manga, which should already have a strong story and characters, and adds all of the fluff.  Great music, great animation, great voice acting."so what does this have to do with Kabaneri of the Iron Fortress?"well, unlike the other two by Wit Studio, this one was not good.  Why?  The animation and artwork? nope.  The music?  nope.  The voice actors? . . . well kinda, but thats because they have to voice act for trash characters.the problem was the storyline and characters."But zombies!! they were so cool, the fortresses and train system was cool! there were some awesome scenes and locations as well!  And the last two episodes!! so cool!!!"Dont get me wrong, the premise was cool, but the way it was executed and the story that carried us through the premise completely sucked.   This anime clearly had not been battle tested or planned.  It had a cool premise and threw a bunch of stereotypical characters at it.  Story: bad, way bad.  Attack on Titan and Seraph of the End clearly have more thought put in.  This anime is riddle with terrible cliches that horrendously break immersion of the story. In addition to the cliches that pull you out of the fun and intensity of the anime, there are logical holes litering every nook and cranny in the story and characters.imagine that a storyline is cheese.  Imagine that most anime stories are swiss cheese.  But they only have a few holes, so there is still lots of substance to the cheese. now imagine that Kabaneri of the Iron Fortress' storyline is swiss cheese, but there are so many holes that there is barely any substance left.  The amount of cheese you get was not worth it. It tastes ok, but its dissatisfying in the end. Mostly this story just tries to pull on your heart strings, but if you dont 100% sympathize with idiotic levels of pacifism and collectivism, then you are going to want to puke. I will give this a 3 for premise and effort. Animation:  glorious as f*ck actually.  really pretty, lots of detail, lots and lots of detail.  Fights looked pretty amazing and very smooth.  Sound:  Very Attack on Titan like.  I liked it, but it seems repetitive because we have seen that kind of music used well in recent history.  Not sure where I would place this.  Nothing breathtakingly notable though. open theme was ok, but that singer has done better music for better anime.  This category takes a hit in the voice actor department, but then again, the voice actors were having to act out idiotic scenes and terrible characters.Characters:  another outrageously terrible score.  Again cliched and stereotypical.  unbearably pacifist.  When they were not pissing me off with their bitching and crying they were acting like morons during high intensity and important moments.  OH, AN IMPORTANT MOMENT, I better do the slow dramatic walk towards the zombie.  I should also stick my hand out like im going to choke him, even though I have a gun in my hand.I dont think that ever happened, but I honestly would not be suprised if it did somewhere in there. :P lel.  The zombies would haul ass at first and then walk in a different scene.  I was waiting for them to stop and do the thriller for us. hehe.so many logical inconsistencies and stupid actions.  really lame.  pretty much hated all the characters, they seemed so artificial to me I guess. Overall:  with two really bad scores and a mediocre score this one is not high on my list.  I hope that this review will help you decide on if it is worth watching.  I will not recommend watching this.  I personally thought it was a waste of my time.

With only one episode it is usually hard to decide whether or not an anime is going to be a great series. However I would consider this to be one of the few exceptions. The first episode is absolutely packed with content, has a plot that hasn't been used to death in other anime already and just absolutely thrills you with the short time it has to make an impression. I would definitely recommend watching this (especially fans of AOT) and I myself am looking forward to future episodes! EGOIST: Kabaneri of the Iron Fortress 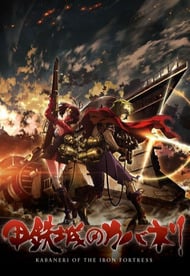 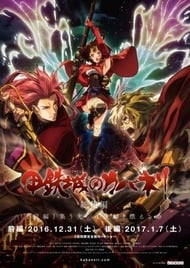 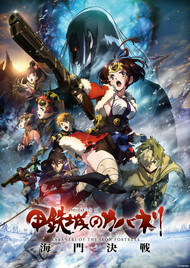 Kabaneri of the Iron Fortress Movie: The Battle of Unato 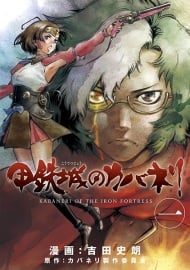 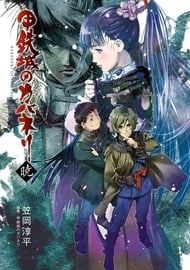 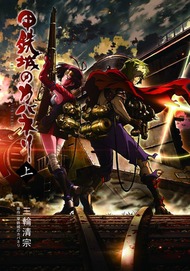 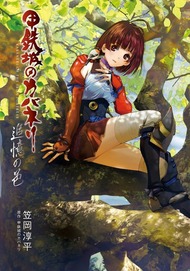 Kabaneri of the Iron Fortress: Tsuioku no Iro (Light Novel)