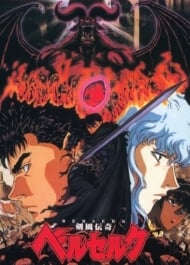 Oh there are plenty of flaws that can be found within the king of dark fantasy anime. The animation is far from awe-inspiring even when it isn't using cheap tricks to stretch out the budget. The sound is mediocre on the whole. The ending has a strong claim to being the worst cliffhanger in anime history. But the journey there still manages to be enjoyable for those who need a regular fix of swords, blood, and monsters (like me).STORY Ignoring the elephant in the room- the ultimate 'read the manga' ending- the story manages to be entertaining if fairly straightforward. The Hawks face a challenge, secondary characters explain just how difficult it will be to succeed, Griffith pulls some billiant plan out of nowhere, the Hawks gain glory and move on to the next even more impossible challenge. This unbroken string of wins should get boring, especially considering how none of Griffith's plans will seem particularly original to well-travelled fantasy fans, but is permissable here. The focus here is on how the rest of the Band of the Hawk views Griffith and his abilty to succeed seemingly without even breaking a sweat. But what happens when the man you worship as a hero finds himself defeated for the first time in his life, and is forced to choose between his ambitions and his friends, and proves just how mortal he is? 'Berserk' establishes the central conflict excellently... if only it had been able to take that conflict to some form of conclusion. ANIMATION Now I love the look of older animation- the colors, the designs, the less polished feel compared to modern digital animation- but it's not without its downsides, which could be glaring if the anime had a less than top-tier budget. There's very little actual motion in 'Berserk', still images are badly overused and even scenes with motion often have very few moving parts. The animation has aged badly, but I still feel I should cut it a bit of slack due to that age. We can't all have 'Akira' budgets. SOUND The sound is fairly minimal as well, although this manages to work in 'Berserk's favor at points. The OP should be annoying but has a way of growing on you. The ED is grungy and brooding, which fits the overall tone of the series better, but I wouldn't call it a masterpiece. During the individual episodes little music is used in favor of ambient sounds- the only only trick that will really stick out is 'Gut's Theme', which plays when the show wants to make completely sure you realize "THIS IS AN EMOTIONAL MOMENT!!!" Before I give my opinion of the English dub, I should inform you I'm generally very forgiving of English dubs and will almost always watch that version so long as it's passable. So without further ado: I find the English version passable. There are certainly some misses- Ricket's high pitched shrill gets on my nerves, Princess Charolette could get annoying as well though I found her voice still fit her character decently, some background actors were clearly overused, and I will never be able to hear a character voiced by Beau Billingslea without hearing Jet Black from Cowboy Bebop. But Guts, Griffith are strong performances with the rest being decent to pretty good. So the voices are good in the critical parts with the most lines.CHARACTERS This is what made the difference for Berserk, the critical aspect that catapulted it from low budget fantasy schlock to memorable. (Well, that and the boobs and gore) Guts, a skillful lone mercenary who finds himself willfully following another person for the first time in his life only to experience the deepest depths of betrayal. Griffith, a seemingly invincible leader who finds himself fascinated by the one man he cannot truly control. Casca, who finds her own dreams being destroyed by a man with no ambition beyond swinging his sword. Judeau, the insightful one who knows and accepts that he's been caught up in someone else's dreams and one of the most genuinely likable characters in anime. Corcus, the cynical one, perhaps trying to keep himself from realizing that's he's blindly following the man whose ambitions effortlessly swallowed up and ended his own. Now there are still misses here- many antagonists are one-dimensional and some of the protagonists like Ricket and Pippin are practically non-entities as far as the plot is concerned. But where it's good it's good.OVERALL If I had to compile a list of flawed masterpieces, this would be one of the most flawed. 'Berserk' is undeniably weak in many areas, but manages to excel in a couple critical ones. That's enough to make this series a must-watch for fantasy fans and recommended viewing for those looking to get a broader view of anime through the decades. 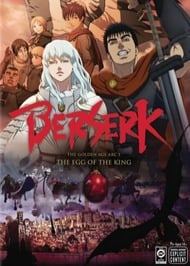 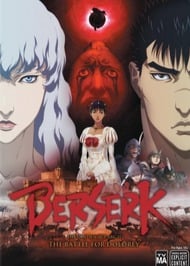 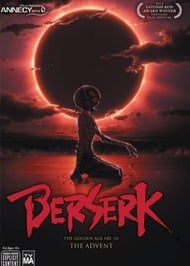 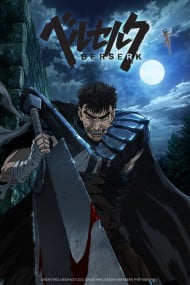 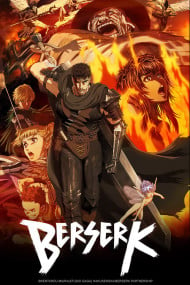 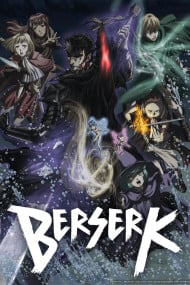 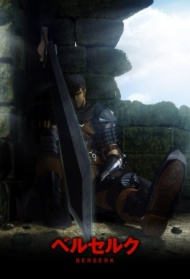 Berserk (2017): Recollections of the Witch 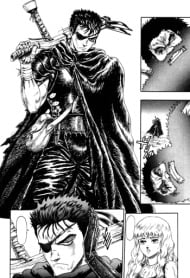 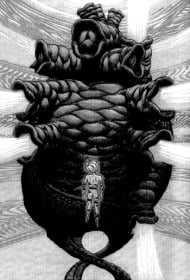 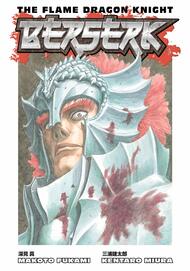