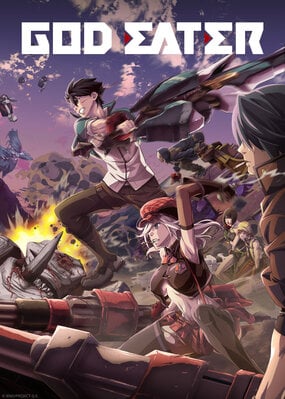 In the early 2050s, unknown life forms called “Oracle cells” begin their uncontrolled consumption of all life on Earth. Their ravenous appetite and remarkable adaptability earn them first dread, then awe, and finally the name “aragami”. In the face of an enemy completely immune to conventional weapons, urban civilization collapses, and each day humanity is driven further and further toward extinction. One single ray of hope remains for humanity. Following the development of “God Arcs”—living weapons which incorporate Oracle cells—their wielders are organized into an elite force.

At first I believed this anime would just be another one where the protagonist has experienced tragedy and from then on they become stronger and etc eventually achieving his goal. The first few episodes seemed to be heading in this direction however I have just seen episode 5.The simple shock and suspense of how helpless the hero is while his fellow humans are getting slaughtered brought back memories of the earlier episodes of Attack on Titan. This has given me a newfound respect for this series in that they are not following all of the stereotypes to spit out an anime the same as hundreds of others. Therefore I believe the story can progress from here getting better and winning back some of the viewers and ratings it lost from the first few episodes. In addition to this I am glad that they are showing in detail how this apocalypse came about and are not just dealing with the present. The animation and art is quite well done and I compliment the colours, shading and detail shown in shots where large aread can be viewed. The sound was adequate and I don't have anything in particular to mention about it. The characters I first thought were a bit plain but now we are starting to go into a bit of history which I believe will develope them further. Overall I would say this is a rather underrated anime and would definitely recommend it to others. I would also ask that you watch at least to episode 5 before rating this piece.

I have no idea who thought turning a game like God Eater into a full length anime was a goods idea. Out of any video game, God Eater is one of the worst choice to adapt into a full length anime. From what I seen, God Eater is just another Monster Hunter variant and the plot is basically just Attack on Titan, but with giant swords instead of steam powered spider man gear. Plot wise, God Eater is almost a beat for beat Attack on Titan just with a different skin. The walled city, the protagonist with the special power, teenagers fighting giant monsters, some mystery circulating in the background, you get the deal. Being unoriginal doesn’t necessarily bad, but God Eater is bland and dull in its presentation that watching GOP debate look entertaining in comparison. None of the story segments are remotely interesting since everything is played completely straight and blunt. And the character are weak and one note and are so forgettable that I cannot remember a single character name. But for an action series, the only thing that the show need is good action to really carry it. Yet, this show doesn’t even have that. Despite above average animation, the battles fail to impress me due to the lackluster choreography and direction. Even though the characters are swinging swords the size of a minivan, none of the strikes or swings have any weight or impact to them. This leads to some unexpectedly boring and dull action scenes.Honestly, this is an anime I can’t really recommend to anyone. The story is boring, since it just an Attack on Titan knock off, the characters are boring, since all of them are a bunch off one note archetypes, even the action, which is the main appeal of the show, is boring. No one will gain anything of worth from watching this show. To put in simple terms, God Eater can go eat shit and just watch Attack on Titan or Blue Gender.

My overall given score is based off 7 episodes (it WAS 3, but I've seen 7 now), so I'll either revise or delete this review when the anime finishes airing...which will be a while b/c they are not releasing the last episodes until later... I will also compare this to Attack on Titan and Owari no Seraph, since they are similar shows.  It seems like a typical post-apocalyptic setting, and it's based off a game. So plot wise I'm not expecting anything great, a lot of the lines are cliche, and the first two episodes didn't really do anything for me. The main character was causing problems... and it was the typical explaination and set up for this type of action show (the anime explained the facility, weapons, and MC's I want to kill monsters), but episode 3 made my opinion improve a little. EDIT: It's a little darker than I expected it to be, but I think that's a good thing.  EDIT: I've watched some more of this now, up to ep. 8. I have to add that I don't like the use of some of their time in each episode. Episodes are released often not every week, but here and there. That would be Ok, but they also use about 2-3 minutes in most of the episodes on a gray scale flash back about how the apocalypse 'happened'. Which we can all pretty much guess that those oracle cells went out of hand and then bad things came to be, and the scientist who knew about this started the organization that fights the monsters. No, we don't know exactly how, but cutting rarely released episodes a little shorter each week seems wasteful when I think that part of the plot could be summed up in 5 minutes, or half an episode at most.  The main character, Lenka, is still your typical 'must destroy all monsters/titans/vampires etc.' but is a little less annoying. Unlike Erin or Yuu, Lenka is more...subtle? He doesn't scream and only fight the opponent, or if he does, he acts more cool rather than hot-headed about it. Yes, he wants to save everyone, and yes he's over confident, but at least he's not after revenge or completely against logic. I guess it could also be that he's already focused on protecting people, and not just destroying all monsters. (Which I'm just someone who gets annoyed by the hot headed protagonists that hold back their team, only want to attack, and yet have special powers.) At first I thought he would be useless in many situations for most of the anime like Erin or Yuu, but by episode 3 he was already kicking some Aragami butt with his weapon. Though really, the main reasons why this show has hope is the action scenes and animation. Edit: As of now, they've spent some more time building up Lenka's character than I thought they would. They got to the point where he could fight and be helpful rather quickly, and I'm glad about that. Where the group was fighting in ep 2 and during pretty much all of ep 3 there was some good action, especially on the part of Lenka during ep 3, who luckily wasn't useless during this time! (And maybe no one cares but the monsters don't explode or disinigrate into sparkling dust after being killed!!!) He seemed considerably more useful in a fight in comparison to ep 1 & 2 and thus less annoying. They also intoduced a girl fighter with a 'new type' or aka 'special' weapon, like what the MC has. Now, I'm not excited because of the new fanservice option, but because she can kick butt with her weapon! :D I always like to see a female character that's strong, I just hope they don't side line her too much later on.  EDIT: Yea...she doesn't kick butt for long, instead she struggles with PTSD and never wanting to work with a team... The animation in general is interesting. I wouldn't say it's perfect, but it's different from the norm and I like it. So far the monsters they fight have been pretty cool too, I guess that's some roots from the game version showing up (though I haven't played it myself). Let's see where this goes...will it rely on some good action scenes to keep the audience's interest, or it will it fall back spending time on a typical plot and bore us...? Well, differently worded, can they hide their plot (b/c it will prob. be typical and seems to be already) behind some good action and likeable characters? Frankly, I was happy with episode 3, though I don't know what other ppl think. For now I'll give it 6...I have mixed feelings on it. It's pretty normal plot wise, though I really like the animation and action scenes, and really the characters have a lot of cliche lines. I mean, some are a give, but in particular I notice Lindow has A LOT. 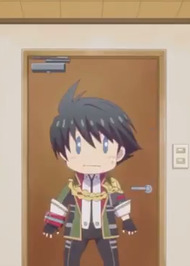 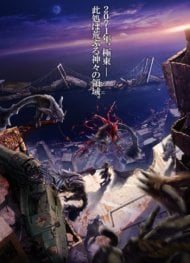 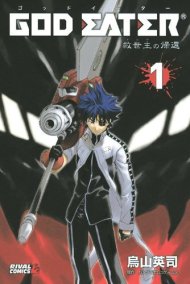 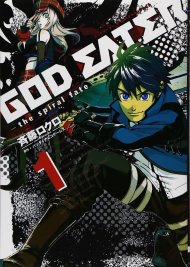 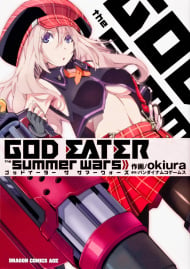 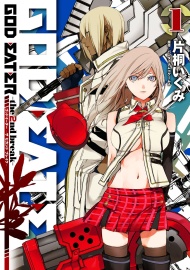 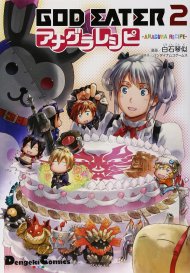 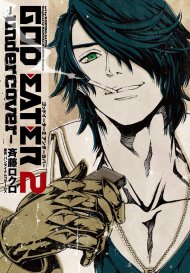 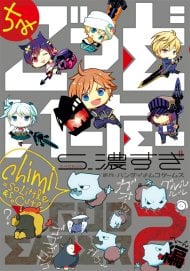 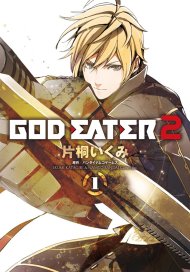 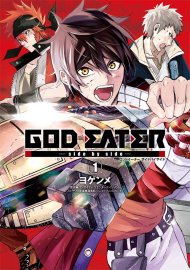 God Eater: Side by Side