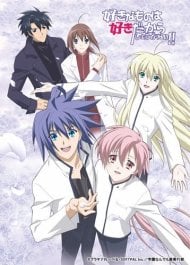 Having recovered from a mysterious accident that caused him to suffer amnesia, Hashiba Sora is just starting to get his life back together. On the road to recovery, his steady progress is interrupted when he acquires a new roommate (who supposedly is his childhood friend), Fujimori Sunao. Their relationship becomes even more complicated with the appearance of Ran, an alternate personality inhabiting the same body as Sunao! Faced with the shadows of his past, can Sora regain his lost memories and make sense of what is happening around him?

Sukisyo isn't a bad anime, but not really worth watching. It's a pity because if the plot and characters had been developed more it could have been quite good. So my opinion is: wasted potential. There is a plot, even though it emerges only after the first 6 or so episodes. It isn't extremely original - but, as I said, if it had been developed better it could have turned out to be captivating. As it is, one thing I can say is that there's a ludicrous number of filler episodes for a 13 episode anime. Why didn't they just concentrate on the main plot??? It's more shonen ai than yaoi in my opinion, there aren't that many love scenes and they aren't explicit. I found it funny that in the whole anime there isn't even one female character (the only one, the owner of the onsen in the last episode, turns out to be a man pretending to be a woman) - were they hinting at the fact that the female gender is irrelevant and unnecessary? Be that as it may, we've got the typical boarding school setting with all these boys living together. The characters are barely passable. Our protagonists, Sora and Nao, are the more developed. They have a backstory, motives for what they do and a distinctive personality. But all of this isn't enough to salvage the anime. I didn't find them convincing. Absolutely lacking that something that turns them into characters you care about and empathise with. You'll forget about them and the whole story the day after you finish watching it. The creators of the anime could have played up a lot more the angst and the attraction and love between the protagonists, but they didn't. So in the end it's all quite bland. There are plot inconsistencies of course and the other characters, though likeable (like Sora's friend Matsuri, or Soichirou, who is Sora's teacher and guardian, as well as his partner Nanami) they all lack development. The antagonists are even less developed than the others. Put there just to be the bad guys with no backstory no motive no depth no explanation. Same goes for a couple of other characters who seem to have no defined role or personality: the one who kidnaps Sora and Nao to run some tests on them (can't remember the name) and the other guy who works in the hospital, Ayano -I wonder why they even bothered to include them in the cast. So, it's not that bad: there's a hint of a plot and some likeable characters. But nonetheless I wouldn't recommend it: watch it if you haven't found anything better to watch. 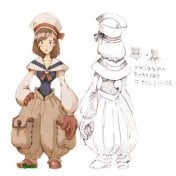 I'm definately not a yaoi fan, but I have a goal of finding an anime with gay charaters that just happen to be a part of the plot and not focused on as in shonen-ai and yaoi animes. They have it with straight, but not with gay. Which pisses me off for some reason.This anime was without a doubt for the yaoi fans. It begins with some bishonen guy sitting on top of some other guy and asking for him to 'call out Yoru'. And doing other typical things that would only appear in a yaoi. So my first impression was not very good. I wanted to know if it would change, because from my past experience with anime and manga, the first few episodes, chapters, or even volumes tend to be written as 'let's introduce the story and the characters, but really throw in a lot of free service cookies for the fanboy/girls.'As I went on, there was a tiny bit of plot crammed in between the guys that looked like girls and the yaoi fanservice. I tried to ignore most of that. By the sixth episode, I decided that Sukisho probably wasn't worth watching, but since there were only thirteen episodes and I knew from reading a decription that there was at least a little bit of plot, I was stuck watching the rest of it just out of curiosity and the desire to waste time.The plot began on about the ninth episode. Out of thirteen. The guys kissed and then had sex, which didn't last very long, but the episode is really better if you skip that part. Unless you're a yaoi fangirl. But whatever floats your boat. I was thinking, 'maybe they'll just kiss, maybe...' but they didn't. I haven't watched any shonen-ai in a while, so I had forgotten the nature of that type of anime.So after that, there was lots of plot about a scientist and split personalities. Sukisho kind of cleaned itself up after all. And the two guys didn't even kiss in the end, which was a bonus because it got away from at least one cliche. So it was a decent anime. I guess. If you're looking for something to watch that involves a serious relationship that's realistic at all, then don't watch this. If you're a yaoi fangirl trying to waste some more time, or you just want to see some guy on guy, watch it. If you love anime cliches, watch it.Oh, and if you don't like bad voice acting, then don't watch it. I swear, I was about to punch someone every time the pink-haired guy's split personality came out. And the voice acting on the other characters was only slightly better.The plot in the end was decent, if only that. It was really predictable, but that's to be expected in almost every anime that I've watched. And I won't even try the OVA because I know, at least, that those are typically worse than the anime when they're shonen-ai. I've also heard from a friend that it's just all innuendo, which isn't worth watching.

I have watched it two times to see in detail what people complained about and I have personally found this plot to be a really good one, however it could be more in depth and longer that is why i only gave it 9 as it was quite good. As for the animation, it isn't bad, I found Fujimori looking really cute, and I like the art as it developed more in later episodes. It was better animated then first episodes of Naruto that came out, to me Naruto's animation started as horrible to very well made, and it actually works for many begining animations that just started then later improved, and I believe Sukisho animation could have delevoped to be just as great. I believe the author did quite a good facial drawings but lacks proportions in the bodies, and sometimes in the eyes. It did kind of make me cringe but so did Narutos one at the start. I believe in general the animation is one of the best when you look at other yaoi genre style of animations.The sound is typically japanese. Overly cliche, and I also found the tone of voices a bit unfitting to the situations, and too much moany and breathy voice tones that are found in almost every japanese version of animes, but then again some people like it, I personally think the voice acting could of been done better and it goes for most animes not just this one XPI personally only liked Hashiba and Sunao's characters the best, they were very cute in terms of friendships and later love. The rest of the characters were a bit weird, especially Matsuri he is too fangirl like, and he is rather unrealistic character. The two main characters are the only ones that atually have any depth in them. I think it could have been done better but as far as yaoi genre anime goes I'd place it much much higher. 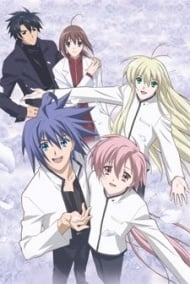 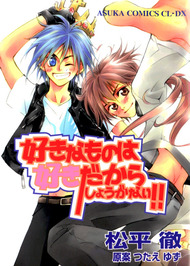