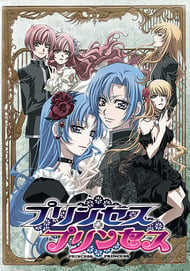 This was one of the "woulda, shoulda, coulda, but didn't" anime - it had a good setup, decent cast, but just....left it so to speak. It just....was not what it could have been. The story itself focuses on how at a very posh, hard-to-get-into all male academy. However, this particular academy has a tradition - to take a carefully selected group of first years and have them crossdress so as to make the school more cheery and to essentially be the school's "idols". Only thing is that they must not be found out; so as to not "expose" the truth (pun intended). But for their hard and "pride hurting" work, there are rewards that are offered to the participants. Unfortunately, though, it's never fully elaborated on. The show essentially didn't focus on what it could (or should) have been (it went from drama to comedy to S.O.L., etc.). It could have been a shounen-ai, but there was only ever one kiss. It could have been a complete slice-of-life comedy, but the comedy was never really elaborated on. It could have just been a semi-informative "how to" of crossdressing, but wasn't. So what you have to go on is essentially the plot basis itself. The sound was redeeming for the show - the opening/endings were catchy for the most part, but were dated. The classical background added to the "posh, well-to-do" atmosphere that was supposed to be conveyed. Both positives for the series. Animation, while dated, was also good. But the multicolored hairstyles were a bit hard to understand. Overall, though, it wasn't a bad series; like at all. It was just...never fully elaborated. That was essentially it's downfall.

If animes could be compared to different kind of meals, then Princess Princess would be described as dish without any flavour. You know the kind of food, that would get very tasty if the chef decided to make it spicy or sour, but he didn't. You eat it and have completely no emotions towards it. It's neither bad nor good and after you finish the meal,you will forget about the taste very soon. Story - 4/10 Once again anime ventures into mysterious world of all-boys high school, or at least the womans dellusion of what this place should look like. In order to calm the raging desires of young boys, cut off from supply of girls, an institution of "princesses" is born. That function is offered (or forced in one case) to beatiful 1st years, with girly features. Their task is to brighten the school mood, by putting on girls clothes and makeup and pose as school idols. Of course it's not unprofittable labor. The benefits for claiming the position of princess greatly outweight the sacrifice of male pride - at least, that's how the transfer student, Kouno sees it. With him joining the other 2 princesses, who are already working, the exciting and full of suprises high school life begins.... is what I'd like to say. Unfortunately the basic idea behind the show is pretty much the only interesting part of Princess princess. Lack of solid plot is not unusual occurence for high school comedy type of anime. Not looking far away Otome wa Boku ni Koishiteru, a fellow gender-bender anime is in the similar situation. However where Otoboku entertains with small but cute dramas and some romantic developments, Princess Princess have nothing to offer. The gender-bending idea is almost completely left alone, as it comes down to repetetive shots of princesses waving and smiling (only the costumes they're wearing changes).There are some tries at bringing drama to this show, but they are shot down by poor execution. Either blown out of proportions, too slowly paced or resolved in ridicolous fashion -  those attempts at serious content fail miserably. The comedy, despite the great potential gender-bender genre brings, is at non-existent level. Unless of course someone finds putting a bucket on a person head, in order for him to learn how to sing, a hilarious joke. At some point I started wondering what is the purpose of this anime. It's not the story, that's certain. It's neither comedy nor drama, since they're both weak. Than what's left? Warm, slice-of-life fun? Not really, they would need to create mood to achieve that, and there isn't any. Shounen-ai romance? Nope, there is hardly any of that in Princess Princess (one non-sincere kiss and close friendship can't be called shounen-ai).Then... bishounen fest perhaps? Again wrong. If female oriented fanservice would be the purpose of this show, than it should put more focus on providing some visually appealing shots of the boys. And apart from repetive "smile + waving hand" and few shots of student counsil president/former Sakamoto-sama there is hardly anything of that kind in here. Basicly - this show serves no real purpose. It provides an interesting start and nothing beyond that. For 12 episodes it tries to find a path for itself, but in the end it's simply a failure. Animation - 5.5/10 One of the most annoying thing about many animes, is the belief, that character hair should be done in paint, by randomly picking colors. If the show manages to defend itself with the great story (like Higurashi did) than this may go ovelooked.  But in case of this show, that is already unimpressive enough, the green and blue hair is just a final nail in it's coffin. Now combine it with lots of long, still frames with minimal movement and you get quite a pathetic result. The most appealing part of the animation where the chibi versions of main trio. Sound - 6/10 Lack of flavour that follows the whole anime, can be noticed in sound quality as well. There is no remarkable background music, but no crappy one either. Both opening and ending are weak, j-pop pieces - the kind that makes me skip past them. Finally the voice acting is good, but again - nothing oustanding. Basicly the sound of the anime is proper, but I wouldn't want to hear it outside the show. Characters - 4.5/10  With their unimpressive personality I figured, that characters were based only on their looks. Kouno looks normal, so he is acting the most rational of the three. Mikoto is a redhead, so he is playing the tsundere role ( actually watching him being teased is the only amusement I had in this show). And finally Shihoudani is a long-haired pretty boy, so he is the most dishonest, yet the most insightful of them. Their past could be interesting, but it's ridiculed by the "blow it out of proportions" approach. Rest is hardly worth mentioning, since they are even more one-dimensional. Overall - 4.7/10 This show is watchable. Just like commercials before the movies in the cinemas are watchable. But would you go out of your way, and watch them if not for the fact, that you came there to see a movie, that will be played just after they end? I don't think so. And this is the case with Princess Princess. You can go, and watch it - but what's the point? The show have absolutely nothing to offer and just slowly wastes your time. Not reccommended.

This story is basically about this pretty guy named Tooru (blue hair) who goes to this all boys school. And what do we know? They have delicate girls there as well! So. yea. The school chooses pretty boys to dress up as petite girls so that they would spice up the male student's pathetic lives. PROS:I guess, it was entertaining at the start because Tooru actually didn't want to become a princess, but he later on accepted the fact, and it became boring. CONS:- The whole concept is so dumb, but I guess it's supposed to be funny? But I'm over here sitting on my seat with my arms crossed. Why do male students need women to make their lives more entertaining? Okay, you might as well think I'm salty because you know, obviously this anime is a joke and is written for people who like "gay stuff" and BL, but this whole thing is not working for me. It's pushing the thought that females only exist so that they could be entertainers for men, which is a big no no, and is obviously not true. Females aren't here to sit still and act pretty for guys. Like the heck. But I don't know if it's just me, but that's what I'm feeling. - And can't with all of these thirsty male students simping over the "princesses". How many days have you thrived without tits and cheeks to react like that? God damn. They really need to do something with their pathetic little lives. - I also didn't really like the stereotypes they put on males and females. You're not as less as a "man" if you dress/act more feminine. You're not less as a "woman" if you dress/act more masculine. It's stupid. It's freaking weird how the male students need females in their lives to fulfill their needs. - The pacing of the story sucks. It's so slow. I needed to put this on x1.25 speed to actually get this story to progress. - I don't like how Yuujiro (blondie) over here and ML being pressed over the fact that red head does not want to be a princess anymore. It get they won't have any advantages anymore, but seeing them trying to gas light him into think that he's wrong for not wanting to do that anymore is really disgusting. Like they were making the poor guy think he would lose his precious friends over his decision. No one has to do something they don't want. - Clichés. ever anime has them, I know. But really? The Alabama route was unexpected. Did they really had to add the cousin having feelings for Tooru? It was as if they didn't know what to put to make the story interesting so they just added that. XD - The back stories. God, they were so confusing. I wish they would've showed us more about the characters personally. Like what do they even do besides being a princess? They didn't explain much and left it a mystery. Like what was the point in watching anyways?---------------------------------------------Overall:I would prefer not to watch this, although I was intrigued about boys crossdressing because I thought it would be entertaining, but it turned out be kind of trash LOL. I mean, go on, ahead. Watch it. I can assure you there's not much of a story. 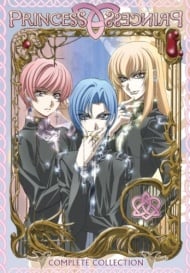 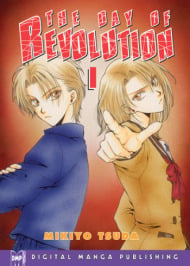 The Day of Revolution 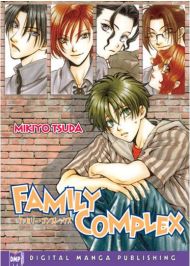 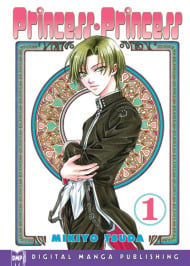 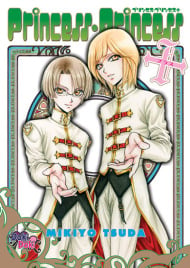