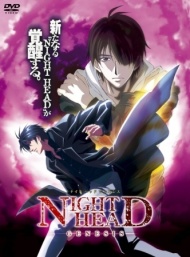 It is said that humans fear what is different, and that such fears drive much of human behavior. Naoto and Nayao learned the brutal truth of this statement when they see the looks on their parents’ faces, the day they were sent to an isolated laboratory to live out their youth. Their crime? Possessing inherent psychic abilities. Yet now, the brothers have escaped and are at last free to experience the world, but they soon discover that their prison was also their protection from the outside world. The question is, are their powers more dangerous to themselves, or those around them?

In my opinion Night Head Genesis is simply not worth watching. Too many flaws. The plot is extremely confusing and confused, there are plot holes which span miles, a load of inconsistencies, clichèd dialogues and a terrible pacing. The characters leave much to be desired, too. The animation is ok, but nothing special: movements are rigid and in several occasions the scenes lack details and completion. The two main characters are drawn well enough, even though it's one of those anime where the characters never ever change their clothes. As for the background music, I found it really creepy: it helped to create a weird and dark atmosphere. Voice-acting isn't that good; especially Naoya's repetitive cry: "Nii-san, tasketè!!!!" is extremely off-putting - thankfully he stops doing it a certain point. The anime deals with two brothers' supernatural powers. Their own parents, terrified of their powers, decide to get rid of them by sending them off to a research lab where they are kept prisoners for the following 15 years. They then escape and while trying to find a way to deal with their past and their powers, they also slowly unearth a kind of world domination conspiracy devised by other people who possess similar supernatural powers: so it's good brothers saving the world from bad supernaturally-empowered guys. Seems interesting, but it's narrated in such a terrible way that it's nearly painful. As for the characters, they could have been promising, but they do not live up to expectations at all. Naoya is basically a cry-baby for 3/4 of the show, fainting when people touch him and calling out for his brother to save him. Naoto is somewhat better than Naoya, but he had me swearing at how naive and stupid he could be when he was supposed to be the cool one, capable of keeping his act together. And the other characters are not worth mentioning. There's a lot of hype on this mysterious girl Shouko, but in the end her character could have been left out. Really not worth it. The last two episodes where slightly better. Basically the main plot ends at episode 23, then the following 2 episodes are like a mini-after story. Average, but undoubtedly better than the main one; at least there's a story that makes sense and whose progression you can follow. And Naoto and Naoya show some maturation, they're both more likeable and confident. The little girl, Naji, is also more interesting than any other side-character in the whole show. 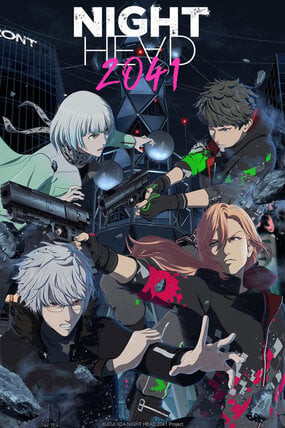 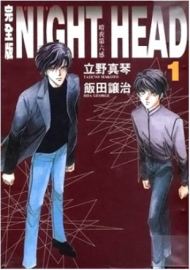 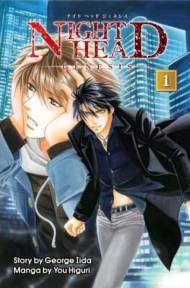