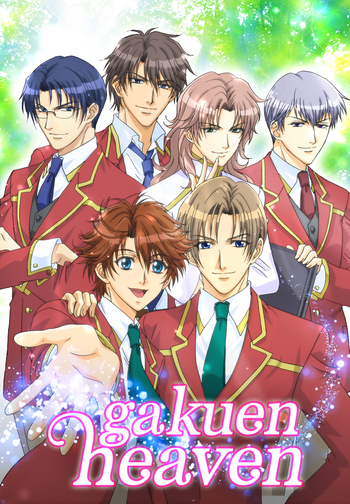 The Heaven That We Reached

Perfect Day for a Date

The Night Before the MVP Battle

The Key to Memories

The Truth is Revealed

A Flower Unbending in the Wind

Gakuen Heaven is a shonen ai anime, but there isn't much there to get scandalised about. There isn't much there. Period. It's set in an all-boys academy, Liberty Bell, "BL" for short - and they hammer it into you at the beginning of each and every episode so you'd have to be dumb not to get it. Our protagonist receives out of the blue an invitation to study in this prestigious academy, but doesn't understand why he was selected not having any particular "talent" to boast. The real plot kicks in around episode 7 or so, so more than half of the anime is basically filler dedicated to introducing the characters. Which are all very handsome boys. Similarly to in other shonen ai anime, there isn't a single female character - I always find this fact amusing.  There is a plot, even if it's more like a semblance of a plot than an actual one. There's also a love story, but very mild and subdued. There are loads of sexual innuendoes. There's some comedy. There's also an ending.  The animation and sound are nothing special.  The cast is quite large, but all these characters are from the start and remain until the end completely and unremittingly mediocre. So don't bother to watch this if you've got something better to do with your time. Don't get me wrong: it's not terrible. The characters are likeable enough and there is - at some point - a story. But it's clichèd and unoriginal. There are better things to watch. I really like shonen ai, I watch yaoi too sometimes, but there has to be a story, some emotions must come across, something evocative or provocative. This anime is nothing of the sort.

Story: The story was good for the most part. It's your average shounen-ai anime. I found the animes' comedy rather humorous, and the storyline rather sweet, though it did get a little predictable for me. Animation:I liked the animation, though it was nothing fantastic. It definitely could've been better at some points, but it most certainly wasn't the worst I've ever seen. So over all, pretty average.Sound:Honestly, I'm not really good at judging whether or not Japanese voice acting is good. Even the crappiest Japanese voice acting pales in comparison to the unbeatable shit you call English dubs. It screwed up my judgment tremendously. But I found the opening theme very catchy for some reason, which is odd because I generally don't like music with that kind of feel, but whatever. xD The ending theme is nice, a slow paced song, but really nothing spectacular about it. Characters:I personally liked most of the characters. The main character, Ito Keita, I found absolutely adorable. I fell in love with him, because I'm a sucker for shota boys. I found Endo Kazuki weird at first, but as I began to understand him and get to know his background, I warmed up to him. I found a few characters annoying however, such as a certain pair of twins that for some reason, just agrivated the hell out of me, and Naruse Yukihiko, just because he overused the word "Honey"(Seriously, why don't you try using Keitas' name every once in awhile? People are given names for that reason, you know.) Overall, the characters were good, some better than others, but whatever.Overall:It's a good anime that I recommend to any shounen-ai/yaoi lovers, and possibly some shoujo fans! xD It had such a shoujo feel to it for me. I'd love to see if anybody else got the same vibe from it as I did. But anyway, it's not a waste of time watching it. I hope my review was helpful.

Just saying from the get-go. I failed to remember the names of most of the characters, besides Keita, Kazuki and Naruse, so I’m just going to refer to the rest of them by the nicknames that I ended up calling them with (don’t worry, it’s pretty much obvious who’s who by nicknames too, so there will be no confusion).Story - 3 The overall story is just what it is/what it seems: light, simple, funny, fanservice-y; nothing more and nothing less than what I already expected when I dived into it: your typical highschool BL reverse harem set in the elite Bell Liberty Academy, which is literally shortened up to "BL Academy" and I'm not even kidding you! (I see what you did there, author!) Well, at least for the first half it was entertaining to follow Keita getting in all sorts of questionable and funny situations with the rest of the guys. Second half was rather unbalanced from all points of view. The main problem was that it tried to add up different genres into the story to develop a kind of drama between the main characters, but seriously, it felt like it turned into a different show entirely. It tried to insert some half-assed assassins that got pawned by 16 years old kids because POWER OF MAIN CHARACTERS!! Then some workplace-family tragedy regarding Kazuki and his "secret" because WHY NOT, WE NEED ANGST. And lastly there was some sort of sci-fi virus situation because YAMI NO MATSUEI RIP-OFF(and for those that know that manga/anime, I can say two things: silver hair and medical experimentation. Hello, Muraki of the Red Moon!). But before you go and cheer expecting a Gakuen Heaven MurakixTsuzuki situation, don't get ahead of yourselves because it definitely doesn't go to that extent, no no, because we must not forget the absolute POWER OF BROMANCE! ... and the power of the main guy motivational speeches. This is a LIGHT show, people! Full of hearts and flowers! Characters - 3 The characters were overall pretty under-developed, but it's anything but a rare issue when it comes to multiple-endings visual novel adaptations. However, not even Kazuki, the obvious main love interest, had as much development as I would wish and expect. He loved Keita by default, his "secret" was just a way to cause drama and in the end, nothing ever mattered. The other characters? They can't be really called "characters". They are the most basic of anime archetypes with some "gimmicks" to them, sometimes not even that. Kingu (Yes, Kingu, because I can't help but make fun of Japanese Engrish) was nothing but the baddass student council president who had way too little screentime to even be able to remember him, Emo Painter was just an emo painter who sometimes acted like decoration just to be able to say "See? I'm here!", Queen is a feminine-looking guy and head of the school Treasury/Accounting department whose gimmick was acting like a "Queen", being beautiful and having an issue with it, his love/hate towards Kingu and his soft spot for a sketchy looking hacker/childhood friend (and he's voiced by Kamiya Hiroshi in his early seiyuu days coughs worth mentioning), Genki Guy was the typical genki guy with Kanto (?) accent which made him sound as if he was meowing for the most part so we got ourselves the Neko-guy too, who in the end literally did nothing but being "genki", then "megane"-san sent me creepy shivers in more ways than one, but he also went nowhere, then...well, you get the idea. The rest aren't much different or important either. Honorable mention goes to Naruse because everytime he appeared on screen I couldn't help but grin widely for his over-the-top flirting sessions and I doubt I'll be able to get "HONEY!" off my mind for awhile. And then there's the twins, which surprisingly had to offer some development and conclusion regarding their feelings towards Keita, which I praise immensely seeing how awful the rest of the cast was treated. Art&OST - 4,5 Art-wise, it was quite generic, nothing too bad or too awesome-looking. Some backgrounds looked unfinished though and I'm mostly referring to the forest backgrounds. OST is quite generic as well and didn't exactly pop out, however the opening song, if listened to more than once, becomes quite entertaining in the long run.Enjoyment - 7 Well, I personally enjoyed it for what it was. It was my ray of sunshine in some days and I'm sad that it's over! I recommend it to those that want to shut their brains and have something to laugh or d'aww at or to people that like BL in general. I don't recommend it if you're looking for an involving story with twisted Yami no Matsuei-like BL elements or something similar to Junjou Romantica or Sekaiichi Hatsukoi. Gakuen Heaven is even lighter than those and it should be taken as such, for what it is, without having too many expectations for it. 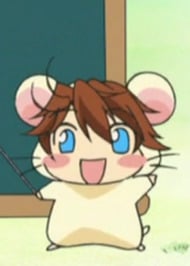 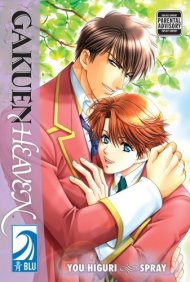