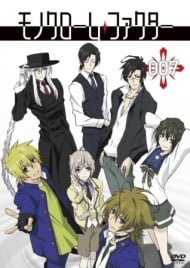 Monochrome Factor was kindof an up and down type of show. The story itself had a good idea behind it; darkness attempting to take over the world and average teenagers being thrown in to try and save it. It was pretty slow moving in places, and a lot of the episodes were pretty repetative. The shounen-ai wasn't really there. There were a couple of kisses (which had no romantic link to them really) and a few suggestive comments (all one sided). If you squint you could say there is love between the main two characters but that could be there just because I wanted it to be. The animation isn't bad. It isn't clean cut, but the colours are good and quite impressive. You can tell it isn't brand new but it doesn't ruin it. The sound is very good. The voice actors all did a very good job, and none of the characters had annoying voices or anything. The music was good as well and fitted the show. The theme song was different, as in not a pop type song, but it is a very good song and I really like it. The characters were likable enough, but there was no character development really. There was a lot of comic relief characters, but I like comedy so that wasn't a problem for me. Overall, I watched all of it, but some episodes I didn't especially enjoy. The ending was really good, but the ending suggested a season two, which hasn't yet seen much sign of coming out. It wasn't my favourite anime but it was good enough to watch once. 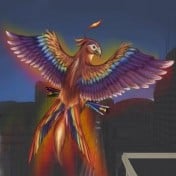 Monochrome Factor is a shonen-ai fantasy that squanders a promising storyline and ends up leaving the viewer bored and frustrated.The plot premise is surprisingly good. Nikaido Akira, the Chosen One (in an alarming deviation from the norm, a Japanese schoolboy!) is attacked by demons, forced into a contract by a mysterious stranger, Shirogane, and subsequently battles the forces of evil along with his school friends, whose powers conveniently 'awaken'. Goodness, it's exactly like Bleach! And 3/4 of the shonen series out there. This isn't necessarily a criticism, (if it works, why fix it?) but boring. In the first six episodes, Akira fights demons and recruits his team members. So far, so good. There then follows 15 EPISODES OF FILLER. Let me repeat that. 15 EPISODES, which serve to advance the plot in NO SIGNIFICANT WAY. AT ALL. My capitalisation expresses my disappointment on this front. Every episode involves a (amusingly sexually confused - see below) guest star, who interacts pointlessly with the main group, becomes possessed, fights the group, is snapped out of it by his friend/lover/family/dentist, then cries and becomes a better person. Episodic doesn't cover it. Repetitive as hell. I got to Episode 21, and still there was no sign of the main plot, in a 24 episode series! The ending is predictable. Overall, there are gaping plot holes, a curiously impotent and motive-less evil force, and as always, a cast baddie for each cast goodie to fight so that hero goodie can fight arch baddie.The animation is, however, very good. Or, if you're being less charitable, as good as you would expect a 2008 Genco production. It was good, though. As expected of a shonen-ai, the show is bishie-tastic, with a lot of pretty men fulfilling most major requirements. The young one, the brash one, the mysterious one - and all with broad shoulders and teeny waists. Perfect. Backgrounds are however serviceable at best, with little attempt made to ever impart a sense of beauty. Art Monochrome Factor ain't. I should note, however, that Akira's outfit in his 'Shin' form is one of the best I have ever seen for the hero of any anime. I have the urge to cosplay!The sound is the same as the background. Utterly unnoticeable, it serves only to frame the 'characters'. The op is your typical shonen; fast and angsty without being something you would ever choose to listen to again. Ed is unmemorability defined.The characters are clearly the point to this anime, where plot is central to Code Geass, animation to Red Garden, and sound to Nodame Cantabile (generalisations, I know - incidentally those are GOOD examples of anime). The characters are stereotypical but still quite charming. Stupid male sidekick, aggressive female, genius boy... stop me if any of this is new. As a shonen-ai, females get a very bad deal. In particular, Kengo's sister, Mayu, is both a comedy foil and a 'light-hearted' assault on woman-kind. Big-breasted, shallow, vapid, falling for man after man, the series goes out of its way to show that there is nothing sacred about heterosexual love. The queer credentials of Monochrome Factor are show-cased, with transvestites, lesbians and every gender bender you can think of.Monochrome Factor however fails dismally on two counts. One, there is no character development. At all. None. Not a single character, in ANY WAY (caps again!) CHANGES AT ALL. Secondly, for a shonen-ai, the relationship between Akira and Shirogane is unconvincing. Shirogane in particular fails to move the watcher in the slightest, and spends 22 episodes leching on Akira, who could up till then be entirely straight, for all we know. There is zero emotional depth between the two, which means the viewer couldn't care less, something even Gakuen Heaven manages!Overall, the series is deeply disappointing. If you watch the first six episodes, I heartily recommend you skip to Episode 22, and it would not make an iota of difference. As fantasy Monochrome Factor is derivative and has goddamnawful pacing, and as shonen-ai Monochrome Factor concerns an effete weirdo trying to touch a schoolboy for twenty episodes. Rarely have I watched an anime and wanted it to end.

For an anime tagged BL, there's not really much of that here, so if that's what piques your interest when looking at this anime then don't get your hopes up. Previous reviews point out the same thing and despite that I watched it anyway and I understood where they were coming from. There are quite a handful of teases throughout which are amusing, but don't expect much more from that. The story itself sounds cool; I'm not normally one inclined to watch action-based anime but I did cuz of that BL tag...and stuck around because I didn't want to leave it unfinished, quite frankly. However, despite such an intriguing concept for a story...it's padding after padding. Monochrome Factor gives me Scooby Doo vibes but without its charm; a majority of the episodes after the first begin with the characters hanging out, then some character succumbing to darkness and then the main characters fighting them. Then rinse and repeat for what feels like 19 consectutive episodes. It gets very stale quickly, and I found myself sticking around only for the cute moments between the main characters before and after, even going as far as skipping fight scenes in some episodes. Animation wise I'm not sure what to say but given the characters transform into their armour and what have you every time they step into battle, you will tend to see the same sequences play out. If you do binge this, you will notice very quickly and you will probably be tired of it soon enough like I was. I will say that there were moments I did find funny throughout the series, just odd moments here and there because the show can be funny. Sometimes I think the show's attempts at humor can be very misplaced in scenes of great importance or are otherwise quite serious contextually and it's normally during those moments where the humor doesn't work but still it did get a laugh of out me every now and then. I suppose you could watch it if you're that curious about the concept or just have nothing else in mind to watch? 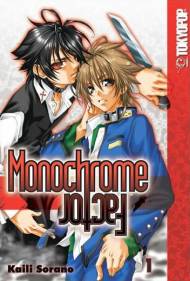