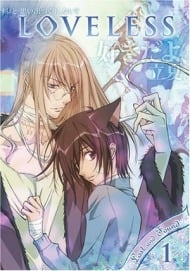 Ritsuka has nowhere to run or hide. He lost his memories and his mother’s loving support, and then his brother -- his sole defender -- was brutally murdered. He is entirely alone until Soubi appears, saying the words he most wants to hear, but refuses to believe: “I love you and will do anything for you.” Flung into a world of intrigue and magic, where bonded pairs battle and only Soubi can fight for him, he struggles to find his brother’s killer. Yet he must also face the most bitter question of all: if you can't remember who you were, does that mean you don't know who you are? 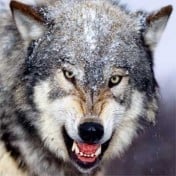 “God, what is wrong with you people?!” That is the only thing I was thinking while watching this show many years ago when it was very famous amongst the yaoi fangirls. It is the anime that made me realize their brains are full of hay and gave up on the genre altogether. It’s just too nauseating with no bloody payback! I mean just look at the people who made this. Animated by J.C. Staff, which translates to retarded fan service. Directed by Kou Yuu who has made equally bad gay anime, plus Chrono Crusade and Familiar of Zero which despite their hype and not being gay are still bad for pacing reasons. And now that we know it’s going to be bad, let’s get a bit more into the story. Or the crumbs of story it has. First of all the setting makes no bloody sense and they never tried to explain it; you just need to accept it as it is. Which doesn’t sound like much of a problem but trust me in this particular case it’s a major downer. Ok, check this out, virgins in the series have cat ears. And when they stop being virgins, those ears drop. WHY IS THAT? Beats me, for all I care it’s just an excuse to throw in cute animal ears on people and to be able to tell who still has his or her cherry intact by just looking at his head. And did I notice an elementary kid in the background with no ears at a certain point? That’s just… EWWW!So what else is there in this setting besides being impossible to hide you are still untouched? Oh, but of course, being gay is so normal to the point your own relative’s lover comes to take a taste out of you too like it’s a normal thing to do. Man, I am telling you the moral standards in this world are so loose. So this super hot gay dude comes to the OBVIOUSLY VIRGIN protagonist and tells him the following. “I used to be your brother’s partner in war (and OBVIOUSLY bed too) but now he got killed, so the logical thing to do is to come after you, so you will be my new partner.” Another thing the setting never bothered to explain if the laws in this place really work like that. I mean everything else looks pretty standard but then WHAM these things come out of nowhere. So the protagonist and his new… partner are to investigate how his brother got killed. He also has to deal with the whole depression issue over his death and to start trusting people again. You know; opening up. Getting closer. Hugging. Kissing. And having sex with your brother’s gay lover. And surely, this other dude seems more interested in that than to reveal the truth of the brother’s death. He even comes out and says it to his face. “I am sooo gonna take away those ears of yours my little love toy.” EWWWWWWW! So at first it appears to be a story about getting over your sadness, trusting people, exposing the ones who are responsible for your brother’s death, as well as losing your innocence to a gay dude. Sounds like a lot of stuff, right? Guess how many of those issues are resolved by the end of the show. NONE! ZERO! Nothing happens! You get 12 episodes of nothing but a deviant build up which results to freaking nothing! AND THEY CALL THIS A MASTERPIECE! What the devil is there to like in this show? The production values? They are barely average. The story? Not only it lacks exposition to its own in-laws, but it also has no conclusion. The characters? They don’t develop in any way and are quite the gay uke/seme stereotypes. Plus, I find nothing cute in people with dog ears; especially when said dog ears sprout on top of their scull and above an already normal pair of ears. THAT IS DISGUSTING! And so is butt-sex. Which doesn’t even occur in this show so I see no reason why the fujoshis like it so much. In other words, there is nothing to love in this show, hence the title. I am losing faith in humanity every time I witness the crap that sell and give birth to even worse crap. It is a terrible show I do not recommend to anyone. Besides of course those retarded women who get their thingies wet by looking at mutated dog ears sprouting out of their sculls.EWWWWWWWWWWWWWWWWWWWWWW! I mean, really, what do those fujoshis find erotic in expecting to see an underraged boy being ass-raped by the gay lover of its own brother and having his own mutant ears cut off? And yet not even getting that by the end of the show and still liking it! “THESE PEOPLE NEED THERAPY AND MEDICATION FAST!” And now for some excused scorings. ART SECTION: 5/10 Analysis: General Artwork 1/2, Character Figures 1/2, Backgrounds 1/2, Animation 1/2, Visual Effects 1/2 SOUND SECTION: 6/10 Analysis: Voice Acting 2/3, Music Themes 2/4, Sound Effects 2/3 STORY SECTION: 3/10 Analysis: Premise 1/2, Pacing 1/2, Complexity 1/2, Plausibility 0/2, Conclusion 0/2 CHARACTER SECTION: 3/10 Analysis: Presence 1/2, Personality 1/2, Backdrop 1/2, Development 0/2, Catharsis 0/2 VALUE SECTION: 1/10 Analysis: Historical Value 0/3, Rewatchability 0/3, Memorability 1/4 ENJOYMENT SECTION: 1/10 Analysis: Art 0/1, Sound 0/2, Story 1/3, Characters 0/4 VERDICT: 3/10

Loveless was one of the first anime I saw. And it was really unsettling. But it's also probably one of the reasons why so many years after I'm still watching anime as avidly as ever. As I was watching it, I remember thinking that it was wrong in so many ways; Ritsuka is only 12 years old and Soubi is a university student, without mentioning him always being banged up and abused by his mother, and I think it's the only anime I've seen up to now where the protagonist is seeing a shrink - I mean, there are some controversial themes. And I also distinctly remember feeling that it was also wrong that I should love it so much. Years have passed since then and it's not so easy to shock me now. But it's still one of my favourite anime. If I had to describe it in only one word, I'd use: intense. The story is well narrated and well paced. Unluckily, nothing gets explained. I guess they were planning on a second series that didn't happen. To know if the story really makes any sense, I suppose you could read the manga. But I never did get round to doing that. Maybe it's lame, but sometimes it's better not to reveal everything, to keep wondering. Anyway, the story doesn't have an ending and you're left only with questions and vague suspicions. The characters and the character development are why I love this anime. My heart goes out to Ritzuka, he keeps asking questions about the meaning of life and love, and none of them are stupid. I asked myself pretty much the same questions as a teenager, so I can empathise with him. He's just a scared and lonely kid, but he's got so much to deal with. Right after the murder of his brother, he gets pulled into this bizarre world of sacrifices and fighters he knows nothing about and has only his feelings to guide him. Obviously the best part is his relationship with Soubi and how it develops. But no spoilers. I think they're two touching characters who really move something inside of you.     The animation is good and so is the music, the opening and ending songs are lovely, but also the background music during the anime is good. And I think the voice acting is good as well. It's one of those anime I watch again every now and then. I would have loved to see a second series. 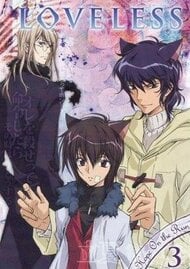 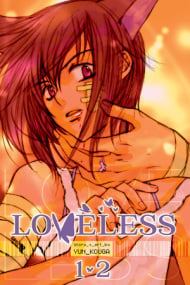 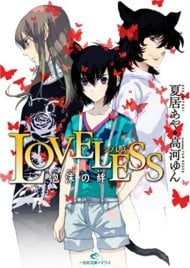 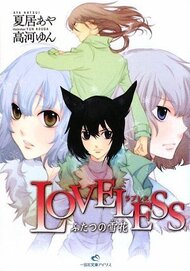