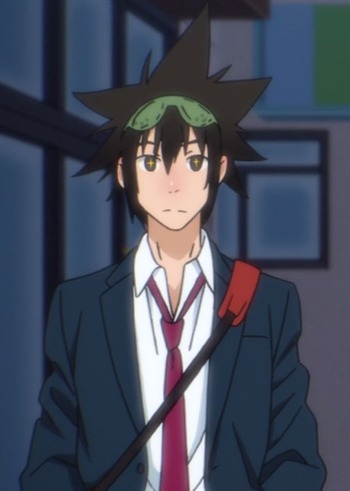 His character's mediocre, I can't say it's super intriguing since it feels like the average shonen protag. But one thing I start to dislike (which gets really apparent later in the series) is he just doesn't feel like he's going to lose. Im not oppose to characters that can't lose like Escanor, Saitama etc. But I find Mori to be a very weak character compared to the others in the main cast. During the first season I guess you'd say his character is average nothing special about him, but it really gets worse as the story continues which ideally should be the opposite.

I haven't read the webtoon yet and only watched the published 3 episodes, but I already love him xD He seems a bit OP but tbh there are a lot of other characters that you could call op haha. He might end up being one of my fav protagonists since he's also kind and respectful^^

look at him go thooo💯

Pretty much the only likeable character to a series that I'm not much a fan of!