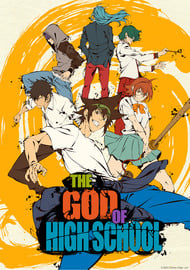 Behind the Scenes of The God of High School

After the success of the Tower of God, I was really hyped about The God of High School. Both series were Crunchyroll Originals and based on highly successful webtoons. Minor spoilers ahead  However, The God of High School disappointed me a little. The first episode just throws you in with minimal explanations, which is fine, there's still time to improve, right? Well, that's where you'd be wrong.  It took me nearly 10 episodes to realize what this series was lacking - it's not the plot, it's not the characters, it's not the fights. The issue with it is that it simply doesn't dedicate ANY time to world-building. We have a tournament, where high-schoolers fight in order to obtain the God of High School title. But at the same time, we also have prisoners, random foreigners, older students (they explain this one at least) taking part in it. Some of them have magical powers, the audience attends every fight, but can they see the powers? We don't know and nobody tells us On top of that, secret organizations are fighting each other because...? This part actually gets explained and let me tell you, it makes 0 sense when you connect it to a high school fighting tournament.  The animation itself is fine, one issue I have is with the character design - all of them have red noses. That's fine, but I can't stop thinking about drunk Santa Claus every time I see them. Fighting scenes are well done, after all, it is MAPPA we're talking about Plus points for the OP - even though it just doesn't work with the plot once you get more into it Overall, I'd say 6/10. I don't know why the plot inconsistencies irk me so much, it's not a bad anime, but the more I think about it the less sense it makes. 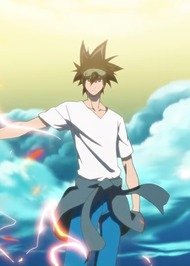 The God of High School PV