To Your Eternity - Reviews 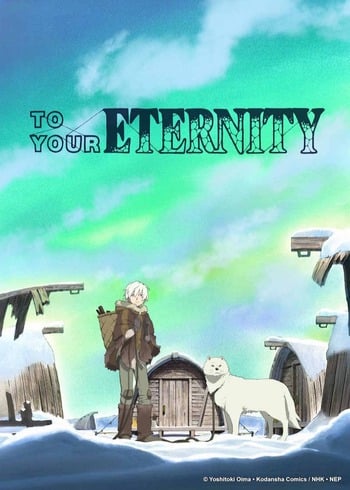 Look! I would not recommend this anime to you as a starter. Neither for someone who has been watching emotional animes lately. Only watch it if you are feeling that you are ready to have your emotions dragged through the mud! I have seen most of the well-known dramas. This is so far in the top 3 for me.

Without any major spoilers, you are going to fall in love with all the characters. This is a story of an orb, who comes to life to set on a journey of learning from the world (mainly humans). The atmosphere is magical from the first minute! The narrator's voice is a perfect choice imo. There is not a single bad thing I could pick about the graphics nor the sound/music. The world is amazing and well-drawn.

Only 6 episodes in but can not get enough of this anime. As much as I hate to admit it hurts like hell I just can't stop watching the whole thing. This anime makes Mondays a good day!

I'm 90% sure that this series has the potential to win the Best Anime of Spring 2021 besides Fruit Basket, 86 and other that can compete to it.

If ever this series goes bad in the future episodes until the last episode then I'm so stupid for praising it too much. '-'

What would you do if you had an eternity only for you to answer one simple question: what does it mean to be a human? Where would your searches lead you? To new cities, you would meet new acquaintances, small joys and big tragedies. All these are nothing but small grains in the hourglass of eternity. Be it as it may, the topic of immortality has been raised many times in literature pieces and movies. And each author thought they had something special to say. Ooima Yoshitoki, who is also the creator of Koe no Katachi, continues to analyze human relationships and emotions in her To Your Eternity.

In the beginning, there was a sphere. Some being, that in our eyes is nothing but the God himself, creates an organism that can take any form that exists, or could exist. The God decides to send the sphere to earth to observe its actions. Once on the ground, the sphere does not understand what to do next. Turned into stone, it now just lays in the sands of infinity. But then, a wolf walks past it and the sphere immediately turns into it and begins to take its first steps forward on its endless and never-ending path, which is full of many new acquaintances, wars, genocide, social injustice and many-many more. Our protagonist will meet different peoples and cultures, try new food and learn new languages ​​only to understand what it is and what the Deity wanted from it, when sending it to earth. The main character of this anime meets a lot of people and although it is an entity close to God, immortal, it cannot influence what is happening, because the world turns out to be a rather complicated matter, where, unfortunately, hardy anything can be changed.

Story wise, to say that To Your Eternity is great, would be the same as saying nothing. To Your Eternity offers the viewer yet another look at human’s nature and the message is that the only enemy of people is their own self. The main protagonist of the series, Fushi, is not just a human, because fully understanding human’s nature will require you to be able to overlive many human lives. Fushi travels  finding new people, seeing the good and the bad and it becomes closer, yet, still very far, from fulfilling its aim. It is worth mentioning that the best thing about it is the world building of To Your Eternity; many anime tend to focus on far too many unnecessary details and it becomes a problem. Here, however, the story only directs your attention to what is needed for the world building, which is amazingly well-written.

As it has been mentioned many times, Fushi is to meet many people during its long journey. From the worst possible scum imaginable, to people who are just trying to live their lives and enjoy them as much as they can, but they cannot do it because of wars, social injustice, and, hell, killing was not really that much of a problem back then. And here comes the most interesting part about this anime, the protagonist. The best way to describe the protagonist would be to call it a stone. Yes, a stone, the first thing Fushi becomes in this anime. No feelings, no pain, absolutely nothing. And from this nothingness, Fushi little by little tries to understand what the meaning behind being a human is. Granted, Fushi will undergo great character development and this is something very interesting to look at and analyze.

The art is amazingly beautiful. It is simple, but there is something special about it. Nothing feels forced, incomplete; the anime pays attention to each and every small detail; the background is just breathtaking. The animation manages to portray the feelings and make To Your Eternity even more enjoyable than it is. Sound wise, however, the anime has great OST pieces, but the opening just does not fit the overall tone of To Your Eternity. And, of course, the most important thing for me to say is the voice acting, which is simply brilliant.

a) Of course, as in any shounen, a protagonist is to have an enemy. And To Your Eternity makes a rather odd choice with this one. I mean, when everything screams that the main enemy should be the humans themselves, the anime shows us something slightly different;

b) Obviously, the anime will not cover the entire manga. You will need to read the manga;

c) To Your Eternity reminds me of Vinland Saga. I mean, after a half, they start looking like something absolutely different from what you were reading. So be ready. 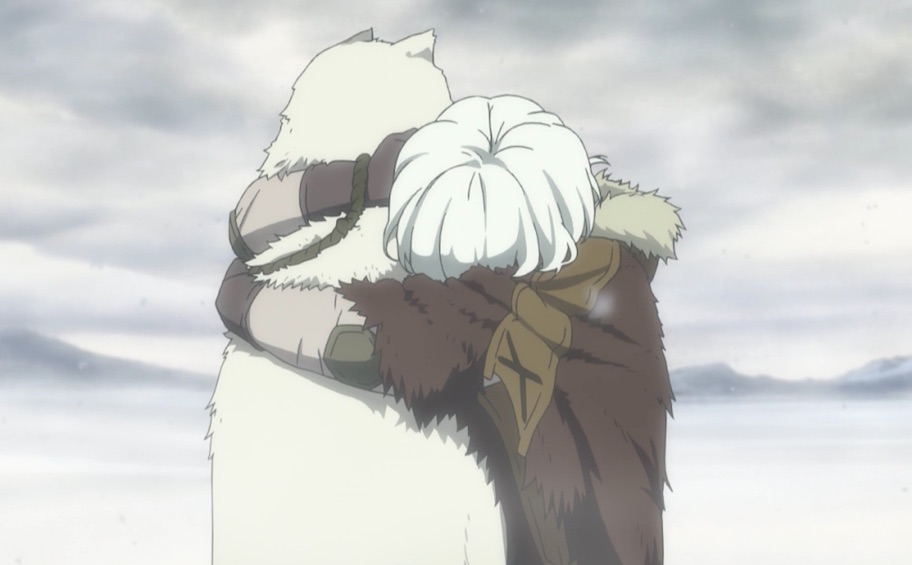 To your eternity is a beatiful anime/manga series that can hurt you in ways you couldn't predict while at the same time making you love it. I didn't acknowledge this anime at first when looking at the upcoming list, it was recommended to me by Gigguk after the first episode had came out, love on first sight. The first episode in-itself was a huge story and a emotional roller-coaster of its own but I wanted more. The story and the author had captivated me in a way from which i couldn't escape, I read through the whole manga (which is still going on BTW) in two days. Every week a new chapter is uploaded, Its the first thing I look on my phone in the morning. BUT more about the story? It has so many emotionally painful moments, unexpected and unnerving twists and a couple of moments where you just cry out of relief and joy after the emotionally stressful ride that is he story...