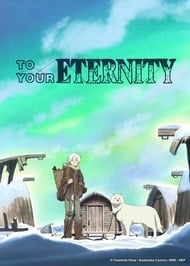 Dropped from the hand of a mysterious being, a lone orb begins a journey of discovery. With the power to imitate both living and non-living things, it can take the form of objects, animals, and people it meets along the way. Gaining consciousness, emotions, and eventually the name Fushi, the immortal creature learns both the beauty and suffering the world has to offer. But humanity is in great peril from powerful beings called the Nokkers, who Fushi alone is able to defeat. Can he protect a world he is still struggling to understand from enemies with the ability to steal everything Fushi has painstakingly gained so far?

The Boy Who Wants to Change

Gift From the Past

PROLOGUE When the first episode of this anime aired, it was instantly labeled as a masterpiece for making everyone cry with how sad it was. Extra hype came in by mentioning the author being the same as in A Silent Voice. It used all the classic tricks of cryporn, such as a tragic backdrop story, an unfair death, and a blank in personality protagonist that looked like a cute doggie. It did its job perfectly for that one episode, and if it ended there it would be remembered positively. PROBLEM #1: REPETITION Unfortunately there were more episodes and more arcs, and in every arc the exact same thing was happening. The protagonist met someone with a tragic backdrop story, spent some time with him, and then he died. No matter how good the execution may be, the repetition alone was making each time to be less impactful than the previous one. PROBLEM #2: LACK OF CONTINUITY AND CLOSURE Constantly killing the support cast had the issue of not giving catharsis to anyone, since they died without resolving their problems. They tried to make it seem like the protagonist was transforming into them for continuing what they were doing, so there wouldn’t be any actual closure. That never happened, since he was not trying to bring closure to whatever they were suffering from. He only assumed their form, moved to a different place, and assumed the form of the next person who died. Basically there was no continuation to the stories. They were just cryporn that went nowhere. PROBLEM #3: LACK OF TIME INVESTMENT Furthermore, latter characters didn’t even spend that much time with the protagonist before dying in order for the audience to care about them. Not even the plot cared about them after awhile which is why it was killing them in a hurry just because it has to. PROBLEM #4: IDENTITY CRISIS On top of that, a quest to save the world from monsters was eventually introduced which caused a major identity crisis. What began as a fantasy drama had now become a sort of shonen action adventure. Fight scenes with superpowers became more frequent, it completely changed the tone of what the show was at first and alienated most of the audience. PROBLEM #5: MESSIAH COMPLEX Because of that change, the protagonist turned from a powerless wanderer to a super powerful messiah. He was no longer a sad nobody in a harsh world, he was now a special chosen one destined to save it by thinking and feeling more and more like a human being. It didn’t have the same vibe as in the beginning of the show when he was just a powerless nobody. PROBLEM #6: MESSY CHARACTER DEVELOPMENT There was also no way to like him for gradually turning from a nobody to a messiah. The transition was either too fast for happening in the span of a few days, or out of screen through lengthy time skips. He gets rewritten into a different character without ever showing you how. PROBLEM #7: MISERYPORN Furthermore, some of the characters the protagonist met didn’t even die by something bad that was happening in their lives. They kicked the bucket because they were interacting with the protagonist, so evil monsters and mean people wanted to make him suffer even more by killing his friends. What began as tragic coincidence eventually became deliberate miseryporn. Hey, mister protagonist, you suffer because we want you to suffer! Be miserable all the time. This is after all the only hook of the show. PROBLEM #8: LACK OF STAKES If the protagonist could die during all this mess, it would ruin everything he is going through, so at least there could be tension regarding his success or failure regarding the salvation of the world. But the thing was, he couldn’t lose because he was an immortal who always healed instantly no matter how many times they killed him. There was nothing to worry about; you were just waiting to see when he was going to win instead of if he wins. PROBLEM #9: EMPTY VICTORY Since everyone else around him was dying, there was also no sense of accomplishment regarding his inevitable victory. What kind of a victory would he achieve if nobody was left alive to enjoy it with him? Can you imagine going through all this suffering for the sake of saving the world, and eventually nobody is left alive at the end? Who thought this was a good idea? It’s just more suffering for the heck of it. PROBLEM #10: DROP IN PRODUCTION VALUES As if all these issues weren’t enough, the production values got worse as the show went on, and what began as a polished cryporn through the use of proper cinematics, became a typical to bad looking fantasy action adventure. And as simple as that, the initial hype for the show evaporated and now very few care for another season. EPILOGUE Once again it was proven why hype is bullshit and why you should only judge something after it’s finished. To You Eternity belongs to the bulk of anime that don’t use well their good ideas and end up being forgotten as soon as they are over. Which, ironically enough, this was supposed to be what the protagonist was trying to prevent by turning into his dying friends.

Good day! *Deep breath* Look! I would not recommend this anime to you as a starter. Neither for someone who has been watching emotional animes lately. Only watch it if you are feeling that you are ready to have your emotions dragged through the mud! I have seen most of the well-known dramas. This is so far in the top 3 for me. Without any major spoilers, you are going to fall in love with all the characters. This is a story of an orb, who comes to life to set on a journey of learning from the world (mainly humans). The atmosphere is magical from the first minute! The narrator's voice is a perfect choice imo. There is not a single bad thing I could pick about the graphics nor the sound/music. The world is amazing and well-drawn. Only 6 episodes in but can not get enough of this anime. As much as I hate to admit it hurts like hell I just can't stop watching the whole thing. This anime makes Mondays a good day! To Your Eternity Recap To Your Eternity 2nd Season 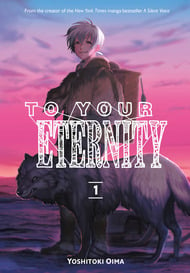