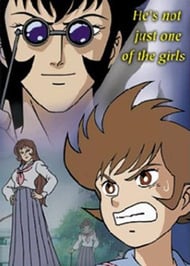 StorySounds like a fairly entertaining OVA, right? Unfortunately, it doesn't end up being nearly as amusing as it could have been. The only similar series that comes to mind is I My Me! Strawberry Eggs, which I really disliked. But even with that series, it had humor that I enjoyed to some extent, or original type jokes, slapstick humor, etc. Delinquent in Drag, though it could have had a variety of things, really had none of this. The 40 minutes consisted of Bunji trying to shove his face in girls' behinds or breasts, very blatantly, not even in a subtle or humorous fashion. He also managed to get in a great deal of fights for no reason. These fights would have been yet another great opportunity for hilarity to occur, but did it? Nope. In addition, there was a really disturbing side plot of sorts revolving Bunji and his mom -- being sexually attracted to each other?? Including his mom reaching in for his crotch when he said he was excited. This really wasn't funny at all, in any context that it was shown, it was just disturbing. Even the dad would stress about this, thinking his wife was sleeping with his son. I'm not sure how this was applicable to the story, nor did it help with the comedy. In addition, there isn't really a good ending to the story. Nothing is resolved, you don't find out what the deal with Bunji's pendant is, or why everyone is fighting him, etc. Very bland storyline that could have been funny. AnimationThe character designs were definitely a bit strange on this one. Bunji's dad looked like a 15 year old girl (the head and facial features, at least). Bunji's mom looked like a teenager, and he looked feminine also. The colors used were fairly hideous, with very light shades of pink or blue, contrasted against the dark orange-red of the sunset, or a bright pink bandana on one of the baseball players (wtf?). No CG was used or anything in the way of special effects. A positive note, in general, was that thick lines were used for outlining the characters and things around them, which made them easy to look at. SoundVery generic keyboard type synthy music was used a small percentage of the time in the OVA, but the rest of the time there was nothing except bird sounds or other background sound effects. The music only really kicked in around the fight scenes, for the most part, and was very neutral and unexciting. Voice actors seemed ok, though the mom's 24 hour orgasmo voice was a bit annoying, considering she was a mom, and was talking like that to her child as well. CharactersAt the very beginning, we are introduced to Bunji and his father, who we very quickly find out are both delinquent in cases of their own. Bunji slacks off at school and gets in fights, and his dad slacks off at work and causes problems there as well. This, of course, is what causes them to move so much. Throughout the OVA they portray these roles well by still getting into trouble, but it seems so unrealistic. No one develops as a character, so they all seem 2-dimensional, and Bunji is just crude and you dislike him anyways. I found nothing redeeming in the characters, basically at all. OverallA very lackluster OVA, which ate up 45 minutes of my time. Although the story could have been amusing, it ended up falling flat and staying uninteresting and dull. What should have been humor was tiring and unexciting, or seemed flat out wrong (the mom/son thing). The animation was unimpressive, the sound a bore, and the character development zero. I couldn't find much redeeming about this, but some people might enjoy it, and it definitely wasn't the worst thing out there, hence the 5. So, if ecchi not-so-much comedy is your thing, you might enjoy this one shot OVA. If not, probably stay away from this one. 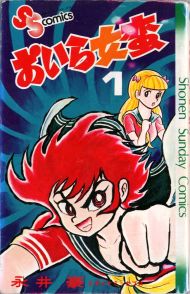