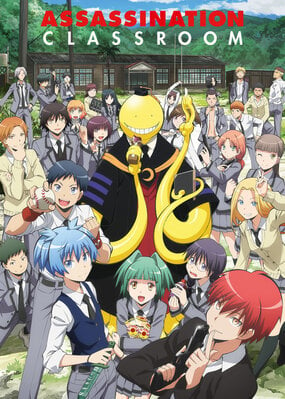 3S review no.23 (short, simple and salty/sweet/spicy) So, I’m all up for weird premises and unique ideas, so the premise of this show, a classroom trying to kill the their teacher, was enough to hook me up to try it out, unfortunately a nice premise is not enough to make a nice show, and this one stands as prime example. The story is boring beyond saving and 90% of it feel like it’s filler. Like you kind of like the 1st episode cause of the premise, then nothing happens until the last couple of episodes of the first season, then again nothing happens until the last episodes of the second season. The show really lets down your expectations and just proceeds with lame slice of life days in the school and half ass attempts at comedy, instead of thrilling and well thought out assassination attempts. Also everything just plays out so conveniently for the plot, even the teacher pulls out from his ass some plot armors at the perfect moment, even though we had no idea about the teacher’s powers, so everything falls flat. Pacing is terrible, like we could have learn about the teacher past little by little, but no, we just get slapped with his past all at at once, story telling is not good in this one and it doesn’t really know what the show is about. Is it comedy? Is it action? Is it slice of life? Well, it’s a little bit of everything with a major dose of boredom. For what it’s worth, there is a conclusion in the end of the second season, even though it is nonsensical mostly done for the sake drama, it is a solid end none the less. Characters, well, Koro sensei is interesting I guess, he could have been way better but it is what it is I guess, just an overpowered caricature, still, he is the best part of the show and when he is not on the screen the show plummets. I guess the other main characters are Nagisa and Karma? Who are both stereotypical and uninteresting. Nagisa also happens to look like a girl for whatever reason, at one point his mother says that she wanted a daughter and not a son, so Nagisa turned out to have the proportions of a girl, ass and waist and everything, so that’s how it works huh… Anyway apart from those two the rest of the cast is even more unmemorable, like they could swap their faces and voices around every episode and you’d probably not even notice. Animation is alright, it is well done but something is really bothering me and for the life of me I can’t pinpoint what exactly. Is it the hard outlines? Is it the camera that is always way too focused? Is it that everything is so bright and oversaturated like they they have a light pointing on top of every face? I am not sure exactly but something really annoys me. Sound is probably the best aspect of the show, the tracks are nice, voice acting is nice, especially Koro sensei’s VA does a fine job so do some other recognizable and talented voice actors. The openings are great, fun and unique. But when sound is the best aspect of the show, that is not really something to be happy about huh? So is it worth a watch? No, as much as it saddens me because I liked the premise, it is definitely not worth the watch. If it was way shorter, it might be worth just to find out how the story plays out, but as it is it is not worth to sit through 48 episodes that most of them are mind-numbingly boring just to get the end of the story and I definitely do not recommend it.

Based off memory. Also, some minor spoilers. Assassination Classroom - Ansatsu Kyoushitsu. One of the most memorable anime that I will ever watch. I just want to point that out. More memorable than Attack on Titan. The end. Hands down. Assassination Classroom gave us quite a story. A yellow octopus looking thing blows up 70% of the Moon and is practically unkillable due to his speed and power. He says that the only way he'll allow anyone to kill him is through assassination, and those people that are allowed to kill him, are 3rd Year middle school students (Freshmen in Western speak) of a prestigous school, who go to the "End Class" where all the "bad" kids go. Of course, that doesn't stop outsiders from trying to kill him, the government says that if any of the students can kill the octopus-thing, they'll give 'em a fancy reward of 10 billion Yen, which today (January 21, 2017) is a good 87 million USD. At first, everyone tries to kill him, but, they grow attached to him. He's a good teacher- an amazing one at that, and he cares for his students. Now, the anime doesn't necessarily focus on one character. It does focus mostly on Nagisa Shiota, Karma Akabane, Koro-sensei (the octopus) and Kaede Kayano, but all the other characters get some screen time, personality and regular hairstyles that stand out to the rest of the crowd (no stupid shounen crap no hate on shounen though). Lerche did a beutiful job with the animation. Its style in nicely handled and the movements are smooth. Very nice inceed. I have to praise the voice actors for the wonderful job they did. no matter who it was it was done perfectly. The music was also done well. The OST is quite nostalgic when rewatching. The two openings are anime-originals that are sung by the cast, so that's like, really cool. Out of the two openings, the second one is probably better. And the endings were likeable, in my opinions. I generally don't "like" endings too much. Assassination Classroom is like a hotspot for character development. Even more than Durarara!!. I mean, if you can count Durarara as "character devloping" (I do). Karma Akabane's development was probably the best. He went from... well, "bad Karma" to "neutral Karma" (because their can't really be a "good karma"). Of course, Terasaka also was very well developed throughout it. And all the other characters too. Well, maybe not all of them. But you get it. All of the characters are nice and likeable in the E Class. And the last arc's antagonist. Kudos to Yusei Matsui for that.

The two main things that bring this anime down is the plot and character development  Assassination Classroom is an excellent example of an interesting concept with terrible execution  They have so many characters and not enough episodes or logic to develop each one fully It seems like a new fucking classmate pops up every couple of episodes yet they were there from the beginning  Each person does not progress; their abilities are handed to them for the sake of plot The plotline is a plot hole lot of issues. 19 episodes in and I can barely remember anything from the first 18 Just give the most screen time to the ”I'm different and better than everyone else” characters, that seems like a terrific idea said the producers Mo money, no problems In this show, you learn to better oneself with the mastery of montages and gladiator metaphors It says this is a parody, but I do not see any signs of it being a good one Take Assassination out of the title that is not what this is about Lastly, for what this subpar series is worth, this should have only lasted 24 episodes (in total) or less. I might never find out the ending to Classroom. Then again, I am glad I did not stick around to see this drag on for another 20 episodes 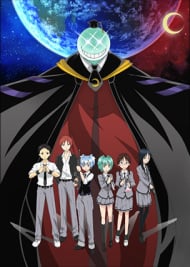 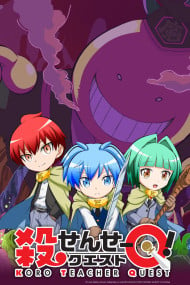 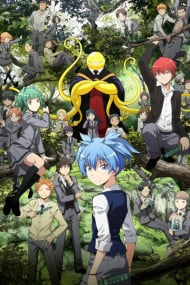 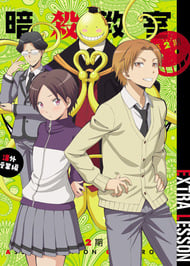 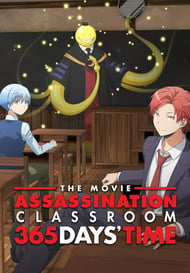 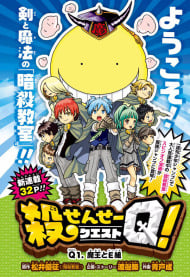 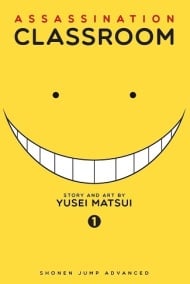 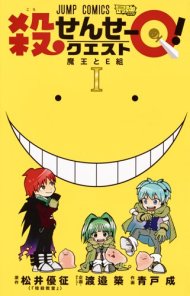