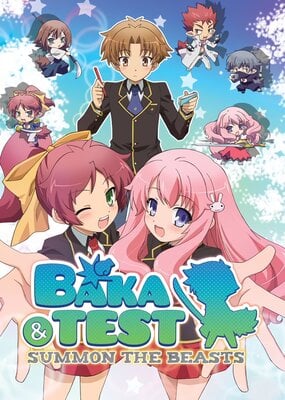 Baka to Test to Shoukanjuu, a show by SILVER LINK, had been on my radar for a while now. A assumingly pure comedy show with some magic and in a school life settings seems to have all the ingredients to become a good show. Furthermore, I watched this blind to the extent that I did not read the synopsis beforehand to make the show as big as a surprise as I could (translating the title notwithstanding). In a way, I feel this show is poking fun at my apprehensiveness to watch shounen-ai and yaoi series, seeing that some jokes definitely rely on homo-erotic gags. *NOTE* Unless otherwise mentioned, JP front- and surname ordering is used Story (8.0/10) The story of Baka to Test to Shoukanjuu (from hereon referred to as Baka to Test) is that of a school which separates its students based on the results of their test scores. The available facilities correspond to the grade of the class meaning that A class will live in luxury while the F class is forced to get through their school life in a ramshackle classroom with the bare minimum necessities. The show follows the underdogs in this case, namely none other than the F class. Of course an opportunity is given for the classes to duke it out in Exam Summoning Battles (ESBs) where they can challenge other classes to a war using a chibi avatar with strong resemblances to their owner as their weapon in fighting this out. Their strength is based on the test scores and examinations can be done during the fight to replenish and increase the battle prowess. The story in a mainly the red line going through the whole season, but is definitely not the focus. The focus of the series is mostly on the characters and the story is more a thing intended to give some progression through the season and is more a means than an end to give some substance to the characters and interpersonal interactions. Furthermore, the whole premise is a bit absurd, which adds to the comedic nature of the show. In short, it does not take itself too seriously. On the other hand, there are some romantic minor subplots in this anime of which one is a love triangle. Once again, this subplot is never the real focus of the show and is a means to further the comedic aspect of the series. Additionally, the romantic subplot seems to be more intended to parody the romance genre. This is not the only thing parodied, seeing that I have spotted other shows being parodied, even if it’s done in a very subtle and hard to tell manner (I’m looking at you, Neon Genesis Evangelion) Art and Animation (7.0/10) Art and Animation is mostly quite average, although it does have some unique art styles at times. In some occasions the color palate is switched around when portraying characters for mostly aesthetic reasons. This does, however, mean that one watching might not immediately understand who the character is in these few frames. Furthermore, there are some scenes where the animation is completely overemphasized (nb. during the amusement park episode), which feels unnatural and does not particularly suit the regular animation style There is a lot of chibi characters in this movie and they are mostly well done. These chibis fit the character they are related to quite well. The character design overall is quite proficient as well and characters differ well enough to distinguish who is who, while at the same time not feeling too similar to other shows sharing the genre. Additionally there  very rarely are some still images with moving parts (like for example: hair waving and some minor boob physics while the rest of the image is static). Personally I think this is a nice touch and complements the overall art and animation. Sound (8.5/10) The sound and SFX in the show is very good and there is very little to give in terms of criticism here. Some characters have a memorable musical theme associated with their on-screen appearance. Out of these themes, the Shimizu Miharu one was the most memorable and noticeable despite being only a side character with some yuri interests in one of the female leads. However, the main reason for the rating being as high as it is, is the very strong opening theme and the decent two ending themes. These fit the series particularly well. Characters (9.5/10) The part where the series shines are the characters. The main character Yoshii Akihisa is an absolute idiot and tries to play a straight character while absolutely missing the wit and intellect to represent one. This paradoxical fundamental character trait strongly assists in setting up a lot of the jokes and humor of the show. Furthermore, all the characters in the show are relatively unique in comparison to each other and other shows. They have fun character traits and while perhaps somewhat one-dimensional at times, the predictability of some of the characters assist the humorous aspect of the show well. My favorite characters include Yoshii Akihisa’s perverted and incentuous sister Akira, the sadistic and genius Kirishima Shouko, and the high octane yuri Shimizu Miharu. Even if I just emphasize these three characters, the rest of the cast is by no means weak and I would be hard pressed to find any character in this show I actively dislike. Overall (8.6/10) Despite having some shounen-ai (and minor shoujo-ai) jokes and content, the immense variety in characters in this show, the hilarious premise of the story and the great delivery of comedy will certainly make one bellow of laughter. The show tries its best not to be serious and definitely receives an A in being a feel-good comedy series. Secret Santa 2015 Review

I did not like this anime at all. I tried to get through the end but gave up by episode 8... the reason is simple, the plot is terrible, it's not original and it takes you nowhere. When I read the summary of the anime I thought it could be interesting and seeing how highly it was rated, I though "why not?". The first episode sat the premise of the school battles and I liked the concept, but then, it really does not revolve around getting to class "A" anymore or moving up for that matter. It seems like just a buch of random stuff thrown together.  I think the story could have had potential but the development of it failed. I did not particularly dislike the animation or the sound but it's the fact that there was so much sexual content (implied) that I disliked and the annoying voices of some of the girls for similar reasons. I did not find this funny or enteraining in any way. The characters were rather typical, but because there was really not a story (at least that I could see up to the episode that I finished), I did not fall in love with any of them. I am sorry but I do not recommend this anime and I am unsure of why it is this popular based on the ratings in this website. 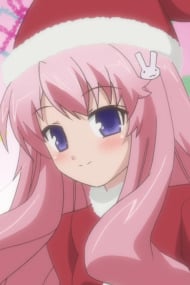 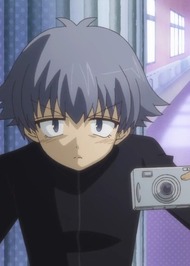 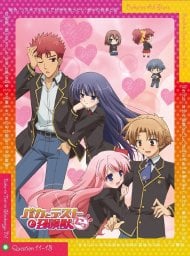 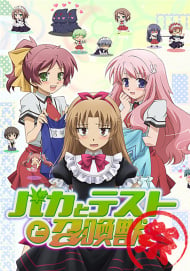 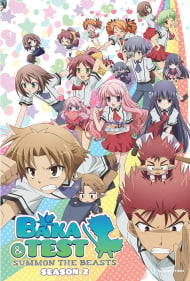 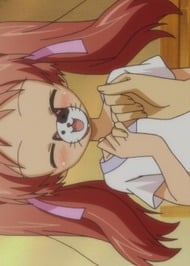 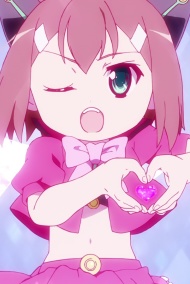 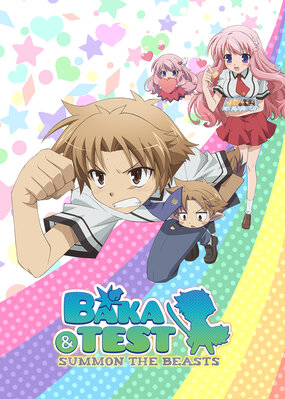 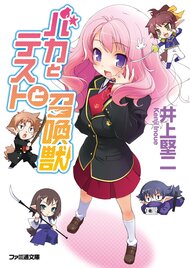 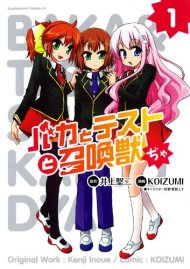 Baka to Test to Shoukanjuu‎ Dya 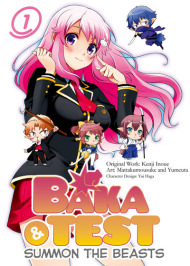 Baka and Test: Summon the Beasts