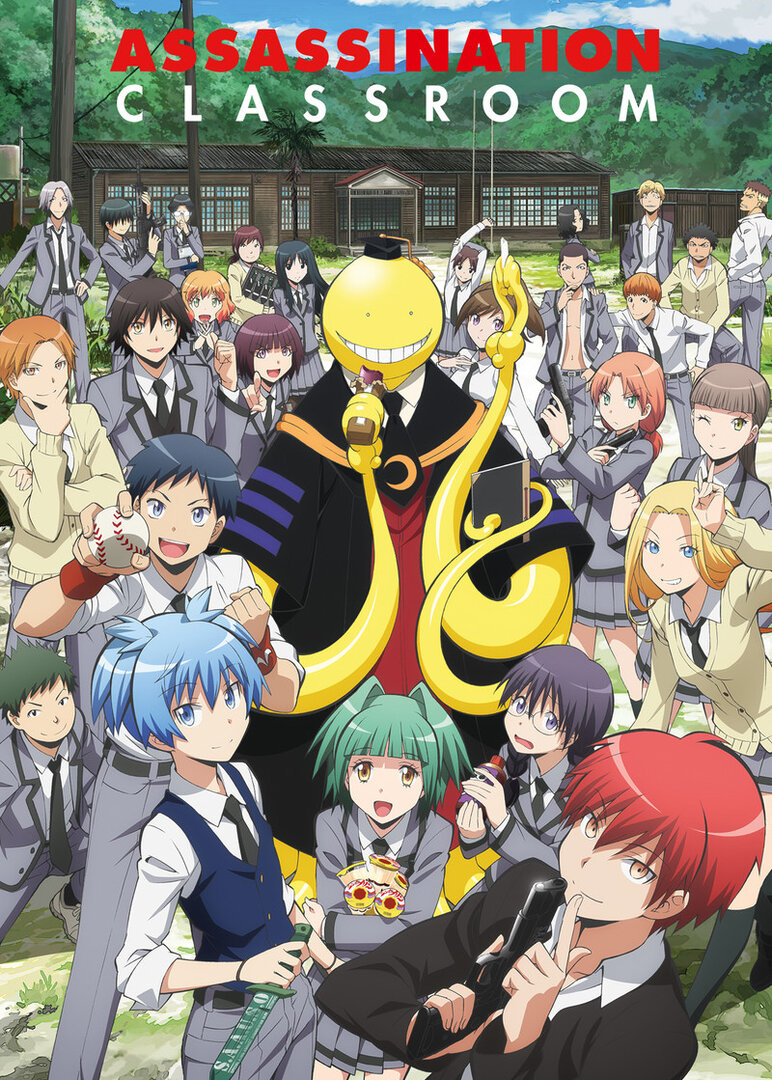 At first I thought that the plot wasn't great in the first episode, but I still decided to watch through - and I don't regret it. It was one of my favourites having the characters and the different aspect of everyone.

it might seem not as good in the first few episodes but if you keep watching the plot gets more interesting and creative, I like its artwork- it's very expressive and is a good thing added to the series.

So the Story- It wasn't the best I've seen but it was good none the less, It had good moments and a bit of comedy to it, It was really good and I'd advice everyone to check it.

Characters- They were very likeable and has good aspects to all of them, each one of them are unique and different and they work very well as a team.

Overall: It was great, by far one of the greatest Ive seen and is one of my favourite, not only are the characters likeable but even the target is good. It's a very unique series and not like anyone I've ever seen, If you like something funny and exiting I highly recommend this one.

Based off memory. Also, some minor spoilers.

One of the most memorable anime that I will ever watch. I just want to point that out. More memorable than Attack on Titan. The end. Hands down.

Assassination Classroom gave us quite a story. A yellow octopus looking thing blows up 70% of the Moon and is practically unkillable due to his speed and power. He says that the only way he'll allow anyone to kill him is through assassination, and those people that are allowed to kill him, are 3rd Year middle school students (Freshmen in Western speak) of a prestigous school, who go to the "End Class" where all the "bad" kids go. Of course, that doesn't stop outsiders from trying to kill him, the government says that if any of the students can kill the octopus-thing, they'll give 'em a fancy reward of 10 billion Yen, which today (January 21, 2017) is a good 87 million USD. At first, everyone tries to kill him, but, they grow attached to him. He's a good teacher- an amazing one at that, and he cares for his students. Now, the anime doesn't necessarily focus on one character. It does focus mostly on Nagisa Shiota, Karma Akabane, Koro-sensei (the octopus) and Kaede Kayano, but all the other characters get some screen time, personality and regular hairstyles that stand out to the rest of the crowd (no stupid shounen crap no hate on shounen though).

Lerche did a beutiful job with the animation. Its style in nicely handled and the movements are smooth. Very nice inceed.

I have to praise the voice actors for the wonderful job they did. no matter who it was it was done perfectly. The music was also done well. The OST is quite nostalgic when rewatching. The two openings are anime-originals that are sung by the cast, so that's like, really cool. Out of the two openings, the second one is probably better. And the endings were likeable, in my opinions. I generally don't "like" endings too much.

Assassination Classroom is like a hotspot for character development. Even more than Durarara!!. I mean, if you can count Durarara as "character devloping" (I do).

Karma Akabane's development was probably the best. He went from... well, "bad Karma" to "neutral Karma" (because their can't really be a "good karma").

Of course, Terasaka also was very well developed throughout it.

And all the other characters too. Well, maybe not all of them. But you get it. All of the characters are nice and likeable in the E Class. And the last arc's antagonist. Kudos to Yusei Matsui for that.

After keeping this on the shelf for almost an year, I was pleasantly surprised by the storyline and the plot development. The 9/10 for characters is for all the effort that was taken to imagine out so many of them along with distinct characteristics A slight glitch was that the main character was known from the very first episode itself. With so many characters, that could have been avoided.

Another plus point is the detailed effort taken for each episode. If one watches closely, they can notice many positive social values being imparted in a fun way. On the whole, a classroom where everyone is free to exhibit their full potential in their own ways is a must watch.

This show is quite relatable, despite being set in a universe where a mysterious creature who destroyed 70 percent of the moon becomes a teacher. It provides me a window that allows me to see the world in a different point of view. It also teaches me a lot, makes me study harder and gives me motivation to work my way to the top. It feels as if I am also receiving lessons directly from Koro-sensei, his words affects me deeply and I take them seriously, especially if it is applicable in my own life. As for the plot, I prefer the manga over the anime because it makes me feel much closer to the characters as there are some parts in the manga that did not make it into the anime. Some parts of the story are predictable, but I am willing to look past it as this show takes me on a roller-coaster ride of emotions. The characters are so real, with flaws and their uniqueness, and they keep my laughing most of the time. Even the antagonists are loveable. The animation and sound is pretty basic to me, but alas, their effects are still effective. Over all, I can say that this show is one of the best I have ever came across to.

ART: The art is pretty good and I didn't notice the use of CGI. Character sesign was fine as I was never lost about who was who.

SOUND: Again no complaints from me. I can no longer remember any of the music used but this is how I prefer it. Voice acting was decent to good.

CHARACTERS: Main character is Koro-Sensei. He may look like some weird octopus but he is an all powerful being capable of destroying the Earth. He is very serious and passionate about being a teacher although his students are all out to kill him.

Nagisa is a quiet young boy who sort of fades in the background. He is known for studying Koro-Sensei and has compiled a vast amount of weaknesses to exploid.

Karma is highly intelligent but also has a habit of being uncontrollable in class and has a sadistic streak. Being able to do anything to kill Koro-Sensei pleases him greatly.

Gakuho is the chairman of the academy and the closest thing to a villain that the show has. All he cares about is the reputation of the Academy and that means that Class E must remain at the bottom of the Acedemy's social structure. Provided it remains within the rules he will use any means to reach that end.

Karasuma/Irina are teachers assisting Koro-Sensei. Karasuma is the best special forces soldier Japan has and spends his days intructing the students on how to kill Koro-Sensei. Irina is only in her early twenties but already a feared assassin who speaks many languages.

STORY:  One day the world is shocked to find 70% of the moon vaporized. The one responsible is Koro-Sensei and he has vowed that he will do the same to the Earth in one year. The only thing that will stop him from doing so will be his death. The only catch is that he is extremely hard to kill and so far nobody has been able to get close to him. It is then that Koro gives them an offer they can't refuse: He will teach one specific class and the students get free reign to try to kill him.

RANT: If you had asked me how the series was halfway through I would have said that it sucked. The first part of the series is horribly slow and boring. It basically comes down do this: A student gets introduced and (s)he tries to kill Koro-Sensei. They fail and Koro-Sensei whips them in line so that they become good students. Rince and repeat.

While great for character development it is pretty boring as nothing much of note happens. They could have put 2 such plots in each episode and it still would have been boring but it would have been faster paced boring. Having a full episode for each plot sucks out any pacing it had.

Foryunately once the character stuff is out of the way the show picks up pace and the series becomes pretty damn good. Outside sources make a move and the students need to use the skills they learned to get out of it. I just wish that the entire series was like that. From the little I have seen the second season is more of this but as I haven't seen it I can't be sure.

What I also hope is that Koro-Sensei gets more background. From the little you get in the series it looks to be very interesting and the scraps you get make you want more. Just what happened to him to make him what he is now? Why did he choose this particular class and is he really intending to destroy the Earth?