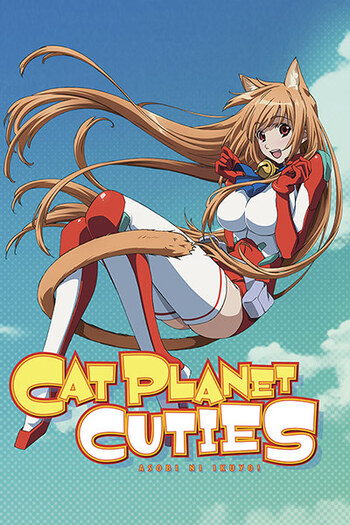 Should you watch this show?  Well... let me get to that Ok.  You've clicked on a show called "Cat Planet Cuties." The slogan is literally "Bombshells from the sky." Seriously, there is no universe in which a show with that kind of title is going to be a winner. You know it's going to be an ecchi, and ecchi's tend to not be too highly regarded in the story department, instead focusing on the "plot" as it's often referred to.  That said, let me tell you a little something about the show. It's fun There, I said it.  It's a fun show.  It's like watching a Michael Bay film, if you go into it knowing that it's going to be bad, but accept that the over-the topness will be epic, then yeah, you'll have a good time.  This show is ridiculous in every aspect, from the premise of smoking-hot cat-girl aliens, to the "secret" cat cult that has literally over a hundred thousand members, to the girl with magic, to the fact that the main character passes out from literally a sip of booze (the lightweight), to the dog and cat puns that some characters say literally every other sentence.  This show is so bad that it's good.  The animation is easy on the eyes, though not perfect, the story has a flow to it that a lot of other shows lack, and the relationships between the characters are actually not half bad, especially at the end when all of the secrets are laid bare.  (Um..... spoilers there?) This is one of my guilty pleasure shows, I'm kinda sad to admit.  I just had a good time with it.  It's like somebody took a spy flick and crossed it with a stereotypical ecchi.  There's plenty of action, the ecchi isn't over-the-top and in your face like a lot of shows, and there's some redeeming qualitities, sorry, qualities to the story. Anyway, should you watch this show?  If you like ecchies, then yeah, have at it.  If you want an action show, sure, give it a shot.  If you want to see a show with a fantastic story or some super-awesome sci-fi weaponry... sorry mate, you should probably look somewhere else. (Seriously, the only real sci-fi weapon used is the "anti-matter bullet" that is really an "anti-clothes" bullet.) This is a show you watch to just unwind and have a good time.  If you're looking for that, then I would highly recommend Cat Planet Cuties 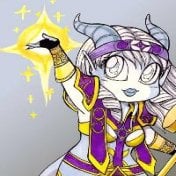 This anime was an extremely pleasant surprise. I thought for sure it would be nothing but fanservice, and would have to stop after a few episodes from the underwear and boob-jiggling overload. Fortunately, I was very wrong. The story is actually coherent, but strange. Cat-eared aliens with nearly identical DNA come to earth to establish diplomatic relations, and get undermined by a Dog-eared alien. Okay, sure. Then about 4 secret agencies pop up, all with their own agendas as to what to do with the new alien visitors. Okay. Then a cult pops up that revere the cat-eared aliens as gods... Yeah, okay, the story's all over the place, but it still ties together well enough. The animation of the anime is excellent, along with the sound. The opening credits I watched for every single episode, even though I usually skip the opening after seeing it once. The amount of effort that went into some of the scenes, the effects, the framerate, everything about the visual aspects of the anime scream that there was plenty of hours devoted to making it look good. The intro song was another reason I watched it every time. Catchy, upbeat, and fit the the feel of the anime. The background scores fit well the the scenes that were on screen, and the sound effects were also very appropriate. I don't think there was much room for improvement on the visual, or audio components of this anime. The characters though, they were a bit on the bland side. Kio, the main character, was an average harem character with multiple girls fawning over him, but he's too dense to notice them. The main alien Eris was perky. Really, that was her defining characteristic. Manami and Aoi though actually had character to them. Both part of secret organizations, Aoi thinking herself unworthy of feeling anything for Kio because of her black-ops history, and Manami who thought she had lost her shot with Kio long ago. The rest of the cast were average, and/or underdeveloped. I do find it interesting that not a single alien on their ship was male, and either I missed it, or they never explained why. In the end, I enjoyed this anime thoroughly. If you're looking for a light-hearted anime, that's fun, funny, and a joy to watch and listen to, I'd highly recommend it. 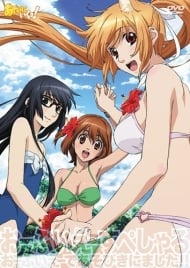 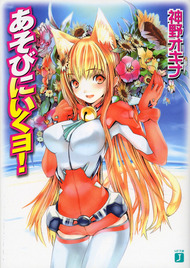 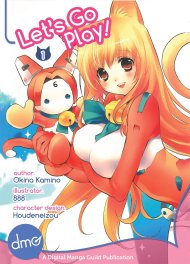