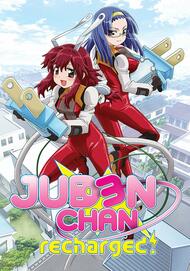 I think we can all use a Charge Girl every now and then Here's review number 3, and this one is very much a landmark from my point of view. That's because I'd have to say that of all the anime I've watched this may well be the most underrated. Fight Ippatsu! Juuden-Chan!! is great, plain and simple. Typically I put a lot of emphasis on characters and character progression, but this is one series where I've given some leeway in that respect. The male lead, Sento-san, is the only real dynamic character. The female lead, Plug, is your typical clumsy type and while extremely important to the series, she's not particularly compelling I'm sorry to say. However, the reason I am able to overlook this fact is that the story is magnificent. It all starts with a great concept, the so-called "Charge Ladies” that save people from their depression. And then the story develops as Plug slowly shifts from being an outcast amongst the "Charge Ladies" to in many ways the leader-of-the-pack. And anyone with a heartbeat will have their heart-strings tugged upon during the last few episodes. But most importantly, and this will sound a bit cheesy, the over-arching message is very positive and very evident. As such, the series-within-a-series hentai and the few brief peeing incidents can be forgiven. Overall, there are definitely some obvious short-comings in this series, but I forgive them all at least enough as to give Fight Ippatsu! Juuden-Chan!! a 7.5 out of 10 (generous but I just really liked the story). 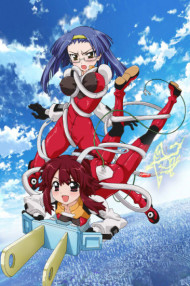 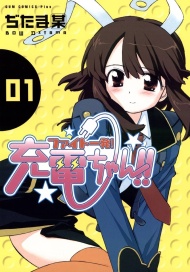