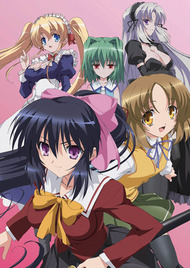 Yuuto Amakawa has had a tough life. Seven years ago, both of his parents were tragically killed in a car accident, leaving him without a single living relative. His friend Rinko Kuzaki has taken care of him ever since. Yuuto's sixteenth birthday has arrived, but instead of a birthday gift of a normal life he meets Himari, a catgirl samurai who swears to protect him. Within weeks Yuuto's life is thrown into chaos as his family's dark past comes to light. With demons appearing around him, Rinko and Himari fighting for his attention and a sinister plot beginning to surface, can Yuuto live the normal, safe life he wants so badly?

If your that person that can't stand that pathetic weak main character or gets annoyed by bouncing breasts, I definitely suggest you cross this anime from your list right now. However besides that, Omamori Himari does live up to its harem and ecchi genre. Before I continue any further, just remember this is a review and not an synopsis. Story (7/10) The whole demon thing didn't capture me from the start. Truth be told, when I started watching episode one I didn't expect much and I almost dropped it. After finishing the series though, I told myself,"Hey! that wasn't half bad at all!" There are many ecchi harem anime that just gives an entire new meaning to 'crap', but this one was quite enjoyable. Art (8/10) As with many other ecchi series, the art almost never pose to be a problem. With that said, you can surely enjoy the artwork of Omamori Himari. Sound (7/10) The music was not outstanding but not bad either. Wasn't something that truly touched me or anything. However the music that plays during the climax of the story are pretty good. Character (7/10) As with many others, almost all the cast of characters were female. But being a guy, hey I'm not complaining. Overall this anime deserves an 7.3/10. Unlike many other ecchi anime, the producers of Omamori Himari seemed to actually have put in effort to the storyline

When I made my "anime to review next" list, I thought it'd be fun to re-watch some anime I haven't seen in a long time, mixed in with the more recent stuff and shows I haven't seen yet. Enter Omamori Himari. A supernatural harem anime that I haven't seen in over a year. Unfortunately, I had an experience similar to Negima!?; I still enjoyed it, but not watching it in so long kinda dulled it a little... Story Yuuto Amakawa is your normal high school kid... supposedly. He's lost both of his parents in an accident, and lives alone while his childhood friend, Rinko Kuzaki, waking him up in the morning, cooking his food and other stuff. On Yuuto's sixteenth birthday, the protective charm he got from his grandparents feels... different somehow. A few seconds later, he meets what seems to be a sword-carrying catgirl named Himari. Unfortunately, Yuuto is allergic to cats. After this meeting, his life is changed forever, etc. etc. Because I was new to anime when I watched Omamori Himari, I thought it was really good. Fast-forward about 16 months and it just seems meh at best. Sure, the existence of youkai allow some action to be injected into the show, but for the most part, it was about the main character collecting a harem, and switching from one to the other makes it feel out-of-place. Animation The animation in Omamori Himari has nothing really special about it. The characters look good, and the animation seems to flow smoothly, but the worst part about it is probably the fight scenes. It was all fine at the start, and looked good, but in several fights (ones involving Shizuku, especially) ended up using CG effects that looked REALLY out of place. At least, it did for me. Sound For me, several of the BGM tracks in this anime stuck out, and generally fit the situation, but at times would feel very out of place. The OP is a cute and catchy song that will be stuck in your head for quite a while, and the ED (or EDs) were sung by the female cast, and I really like it when they do that. For the voice actors, there were several memorable names. The most obvious would be Ami Koshimizu voicing the titular Himari, and with pretty much every main character, I could hear someone from a different anime. This, however, is also a detriment due to the male lead's voice actor... Daisuke Hirakawa may very well turn people away because he pretty much sounds like a certain cheating asshole of a character. I was surprised, however, at how well the guy could sing in the final episode's ED. Characters Characters in anime are a bit of a hit-or-miss. Omamori Himari is disliked for having two characters who are more or less useless throughout most of the show (or, in Rinko's case, the show in its entirety). The better of the main characters (Himari, Shizuku, Kuesu) are generally more fun to watch, especially when any combination of the three battle. However, Kuesu's initial introduction may prove to be too strong for some viewers during the closing stages of the show. Final thoughts Omamori Himari was a fun watch overall, but when it tried to get too serious near the end, it felt like it was trying a little too hard and the sudden change in tone may end up turning some watchers off. I'd say to watch this if you are bored and have nothing else to do, at an overall pace of one episode a day. Trying to marathon this anime could quite possibly end up being too much. Story - 4.6 Animation - 7.2 Sound - 8.1 Characters - 7.2 Enjoyment - 7.0 FINAL SCORE - 6.82/10 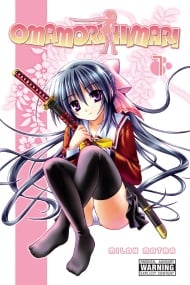 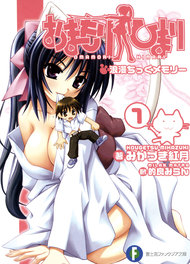 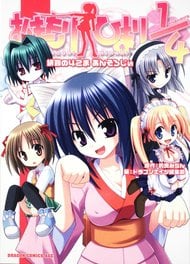 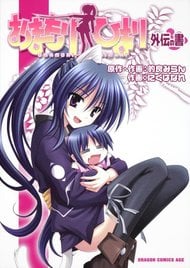