I started watching anime quite some time ago, and I thought it was fun because pretty much anything could happen. That's what I like about anime.

Please leave comments on my user reviews, I'd like to know your thoughts on them :)

How you can see what I do with anime:

Watched: I watched the series at least once, I also rated it according to my first "viewthrough"(I rarely update a rating once given, but it happens)(I sometimes find series I watched as a little kid on this site, I put them on watched as well).

Watching: Currently watching this series, on a pace of at least 1 episode a week. If I can't watch it at that pace, it slides down to stalled. Depending on how I watch the series and how fun it is, it takes 1-2 weeks to finish it(of course the number of episodes also plays a part in this). I don't update the episodes watched individually, as this would take too much time, I'll just "upgrade" it to watched when I finish it.

Stalled: I couldn't make the pace of 1 episode per week, so decided to give the anime a break and continue it later. Should I put an anime on hold, I'll punch in the number of episodes I watched, so I can continue from that point, or decide to watch it all from the beginning again.

dropped: I couldn't stand this anime, so I never want to watch it again. I did see a few episodes of it though.

Won't watch: Something I know that I'm going to hate, so I won't touch it with a 10ft pole. Also used for second seasons of which I haven't seen the first season yet.

Want to watch: Probably the most used for me. I heard this anime was good, so I want to watch it(either through a friend or a review).

Currently spitting through my watched list adding recommendations as I go... I should've done this a long time ago but couldn't be bothered until I saw shiny TACO banners

Ok, so I moved my complete blog to http://scizorg45.wordpress.com

So, we are telling everyone that has posted a blog this.  And then we are making suggestions where they can move their information, based on what information their blog contained. This comment has recommendations to you where to move your blog content.

Your blog posts seem to be commentary about what you are feeling and doing at the time of the post. You may wish to post these types of things in a Forum post. There are lots of topics where members share with other members what they are currently doing/feeling/watching, etc.

If you have any questions, please feel free to get back to me, and I will try to assist. 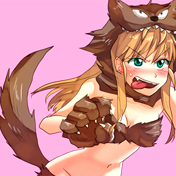 You're welcome, hope you had a great time（＾ｖ＾）