i'm sorry, but for me she really wasn't a good character. I understand the point of her character, an innocent, childlike being in a world full of corruption, but it doesn't make her a good character.

I can think of plenty of exemples where an innocent character has an actual personality and remains completely innocent and lovable. No need to turn your character into a brainless kitten.

I'm especially frustrated because I actually like Lucy and would've liked to see more of her because her biggest flaw was her considerable lack of screentime despite being the most important character.

Instead, we got tons and tons of scenes showing Nyu meowing. Great.

Sure she might be ditzy and annoying sometimes(to some people). But to me, shes an essential part of why i was engaged in the anime. She has her heartwarming moments, her heartbreaking moments, and her funny moments. She was well used as the polar opposite of Lucy and as a result i drifted to her and engaged and fell in love with her.J ust because she's cant speak doesn't make her useless whatsoever. In the manga, i could understand what you mean, since she was a molesting machine. But even their she had her moments.

I fucking adore her.

That girl made me to start watching anime!!! how can i dont love her!!!

Don't like her. Just not into some moe girl who says "nyu" constantly. She was ditsy and clumsy, annoyed me at times. Loved the Lucy side though, Lucy is a fucking baddie. Can't say the same for Nyu though. 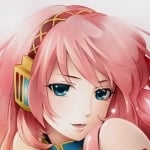 I'm sorry, I don't like her, she annoys me so much, too moe and way too childsih for my taste, I always wanted to skip her parts in the anime but I LOVE her other half Lucy