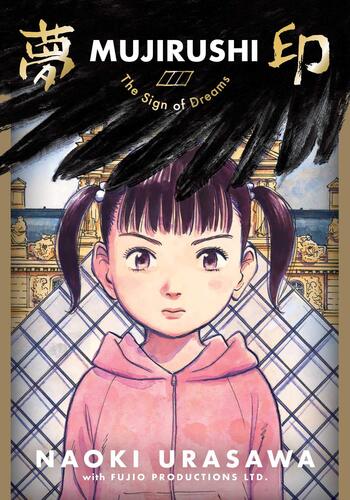 Lupin III: The Castle of Cagliostro

After robbing a casino and finding out the entire take was counterfeit, Lupin and Jigen are off to the duchy of Cagliostro to find the source of this trickery, and to stop it. Upon arrival, the two become entangled in a car chase between a woman in a wedding dress and several men in a black car. Before she is kidnapped, this woman passes off a ring to Lupin, a ring that sparks his interest more than counterfeit money ever could. Unfortunately for Lupin it also grabs the attention of those who want the ring back, and would kill him for it in a heartbeat.

Lupin has become a suspect in the murder of a professor named Theo Argent. The professor had just discovered the missing page of Marco Polo's Record of Observations of the East travel journal. As Lupin is being pursued by the police, he ends up getting unlikely help from the granddaughter of Theo Argent, Lisa.

Lupin, a thief on-the-rise in NYC, has acquired a mysterious treasure called the Clam of Helmeth -- originally stolen from a crime family by his now deceased friend. Jigen Daisuke, the fastest draw in the American underworld, has been hired to return the treasure to its owner, and quickly takes the idea of killing Lupin to a personal level. Also hot on Lupin's trail is the swordsman Ishikawa Goemon, who also has his own agenda of stealing the treasure. Chronologically, First Contact is the story of the Lupin gang's first encounter.

Lupin III Special 28: Prison of the Past

The special will focus on Lupin's gang infiltrating the Kingdom of Doruente in order to rescue a famous gentleman thief from imprisonment. Meanwhile, the best thieves from around the world converge on the country.

Following the end of the Gulf War, the governments of the world have been advised that the fastest way to restore the world economy is to find the secret treasure of the Lupin empire, valued at two hundred billion dollars. Naturally, the only individual who might know the location of this treasure is the last member of the Lupin family, Lupin the 3rd! Lupin doesn't know the details of where the treasure is, but he knows where they can be found: in the back of Napoleon's Dictionary. With the police forces of the world after him, Lupin sets out on an adventure to steal the dictionary and find the treasure first!

Lupin's latest heist involves stealing a pair of jewels that hold the secret to an even greater treasure, but unfortunatly there's a lot of obstacles in Lupin's way. The smallest one involves Maki, a 14 year old girl who wants Lupin to teach her to be a thief. But what is her connection to the treasure and the mysterious girl Misa. The secrets behind the treasure reach back even into Lupin's own past.

Second season of A3!.