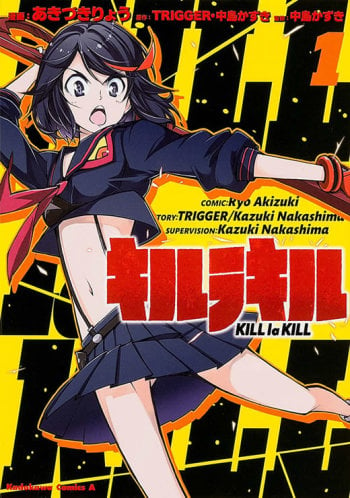 "Princess" Doris Ruridou is a spoiled and rich thirteen-year-old girl who has just started to attend the prestigious Teito Academy. Doris is surrounded by a variety of friends, including her kind roommate Tsubasa Ginno; however, Doris also has an embarrassing secret: though she can transform into a Panzer - an armor-wearing, fighting powerhouse - her costume leaves little to be desired... because of the giant drill bit on the top of her head! Now, with awkward transformations, challenging enemies and new experiences such as explorations into the world of junk food, Doris will finally learn to love the life of a "normal" Panzer girl!

Jun Asuka is a member of an aristocratic family that has a tradition of marrying off its daughters once they reach the age of eighteen. For the athletic and independent Jun, this is a fate worse than death, and thus she escapes the castle with her servant, Kurata Onami. But escape, it seems, is not so easily achieved as her mother has sent a gaggle of goons to not only retrieve her, but to take her virginity as well. Will Jun's purity and kick-ass fighting skills save the day, or will she be screwed -- literally!

Amidst a flood of tough battles and foes, the hot-headed Nagi Souichirou has somehow managed to stay alive; but the time of the tournament is drawing closer! To prepare for the challenge of facing the indestructible Mitsuomi, Souichirou and Aya set out to look for some much needed training. While being guided by Mitsuomi’s very own father, Souichirou must learn to release and control the dragon within himself. But when Aya finds out that Souichirou is fighting for her sister’s sake, she must also try to control her jealousy!

For 1800 years the seven schools of Kantou have fought over supremacy of the land. Their students constantly fight each other in battles to prove their strength. Sonsaku Hakufu is a 17 year old girl that just transferred to Nanyou Academy, and at her arrival, finds herself fighting one of its top 4 fighters. But Sonsaku possesses a soulstone which contains the spirit of a great fighter, and she is not an easy match. When an order is issued to defeat Sonsaku, she finds herself in all out war against all of the schools top fighters. What lies behind this dark conspiracy?