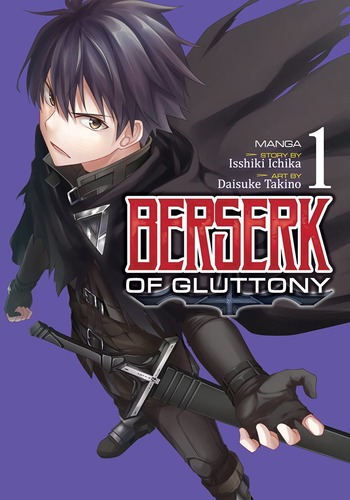 The main issues with this manga is that it has no clear direction. The author intervenes whenever necessary and assumes that the reader will just follow suit. It started really good with him getting his new power but the chapter after he got an OP weapon. From that point on he just became ridiculously OP. That aside he had no goals if not serving the fl. Problem is we only saw like 2 interactions of them so for the mc to be totally infatuated with her make absolutely no sense. He now wants to devote his life protecting her like what? Before meeting her didn't he have any goals he wanted to accomplish?

As if it wasn't enough the author shove into our throat the whole deadly sins plot. All of that mc is just following whatever comes in front of him without a clear goal. This is not how you write adventuring stories. Mindless killing for the sake of it. And all of the stats are broken, you see monsters with 100 millions stats point but it doesn't seem like that country has so much manpower, it should have been destroyed already. Coming back to the sins stuff. Advice for authors, don't write stories where you have some kind of big conspiracy with someone controlling everything from the side. It removes any sense of importance and lower the value of it all. Now someone new the mc had power and observed him and basically chose his fate, that means that he doesn't control anything in the story. And that makes your mc weak. rant over.

In 2 words: Quite enjoyable

One of your usual manga where the bullied mc (name: Fate) discovers he has the power to devour his opponent's skill and become OP. Since he has someone he wants to protect, he can now become OP by mercilessly killing monsters for her sake, Perfect!

I'm exaggerating a little xd, I decided for once to support the mc in his romance, which may not be exceptional, but good enough and cheering for a character for his love to succeed is quite fun.

It's true that a lot of things don't make any sense whatsoever, the characters you think are strong aren't, the OP monsters that seemingly don't do anything else aside from being xp for our mc, the plot that isn't clear:

I kinda liked that the character could accomplish his revenge fast, but it's not a revenge manga, so stopping the revenge plot and adding it again as the main focus can become annoying in the future. I say that but it also adds a new obstacle to our OP mc, so it's not that bad.

Some other things are interesting,

1. Fate isn't op everytime and makes some choices (which doens't change much at the end of the day but can surprise you, in a good way)

2. the drawing is nice

3. the villains are unimportant

The manga doens't start original and doens't become original, it's simply a manga with something more than others.

The greatest aspect of this manga is the fact that Fate Graphite's constant killing is literally necessitated--the skill "Gluttony" will consume our main character if fe doesn't satiate its hunger with an ever-increasing amount of monsters. Also, by having Fate's excess stat points be able to be spent on increasing Greed's abilities (Greed is Fate's sword and feir companion), this keeps Fate from becoming god-like in power--keeps fem at least somewhat moderate, and could also serve to make fights challenging again. Like, if Fate resets to low stats, then fighting goblins can maybe become a challenge again until fe builds up more stats. Though the manga doesn't really focus on the fighting of low-level monsters. Other than at the beginning, it just glosses over the mob fights and focuses on the boss-level fights. There are three levels of bosses which we've run into or which have been alluded to: 1) Crown monsters, which are uniquely named versions of a common monster like kobolds or sandmen and are many times stronger than them; 2) Chimeras, which are seven artificially-created monsters that come out of eggs and which are the upper limit of what Fate might be able to handle at the moment; and 3) The Celestial Dragon, which has only been alluded to and which is supposedly leagues above what Fate is capable of handling. Also, when it comes to humans, it's all about the Holy Knights--we have holy knight opponents and holy knight allies, but holy knights seem to be the apex of human strength. As the series goes on, it will likely include Fate working to protect Roxy while slowly uncovering the importance of feir role as one of the people with a Deadly Sin skill and what exactly that means.

You see, there are Deadly Sin weapons as well as people with Deadly Sin skills. For example, Fate has the Deadly Sin skill of Gluttony and fe also wields the Deadly Sin weapon named Greed. And Myne has the skill of Wrath and wields the weapon named Sloth. And Elise has the skill of Lust and may not be wielding a weapon. So far, we haven't seen any repeated sins between people and weapons, so it's unclear whether there are two separate cycles (with both people and weapons having a representative for each sin) or if there is but a single cycle (with some of the sins being represented by people and some being represented by weapons).

The backgrounds are a bit too empty. The hands and feet feel off, and the movements look a bit stiff. But the art is overall of good quality and the fights look pretty cool.

Absolute fucking garbage some panels are very inconsistent, they try to make the main character badass while he's the exact opposite and there are quite a few of annoying cliches