I love Japanese language and great stories for that reason I prefer original Japanese dub. I do use subtitles, but I would like to move from them eventually. When it comes to manga, I'm closer to achieving my goal. I'm reading manga only in Japanese. I am not learning Japanese from anime and manga. IMHO It is not a good idea. If you want to learn find a teacher or a school to teach you.

Why read manga in Japanese
I read manga only in Japanese, because why not. It makes more titles readily available. I don't have to wait for localized version. If I have to read in foregin language, it's better to read in the original rather than in English. I think knowledge of Japanese language, culture and civilization allows to understand subtle meanings in content - consequently results in improved reading experience. Makes reader more aware that characters think and act in Japanese way. Also it fits more natural to overall design of manga written in classical style - reading from right to left vertically. Note that translations are lossy (missing meaning, translation errors, etc).

Why watch anime in Japanese
I watch anime only in Japanese dub, because of very similar reasons as in case of manga. I watch mostly subs, because it takes still quite a bit concentration and time to watch without subtitles. If I have time I'm trying to watch with subtitles off or if subtitles are not available. I always recommend to avoid dubbed anime at all cost. Not all non-Japanese dubs are bad some of them are quite good, but none can match original.

How long have you been studying Japanese?

For a long time, but very slowly.

What is your proficiency in Japanese?

I have JLPT N2 level certificate.

What I think about reviews
In the end there is no such thing as one hundered percent objective review. I think you can not avoid some level of subjectivity. One can easily overlook flaws if he already likes it. Moreover personal taste changes with time. I think good review explains why and what did author liked/disliked about the series. Such review can help even someone with different taste, because he can look at the points author selected and get general idea what is the series like. You find out soon there are lot of people that gladly trash your favorite pieces - especially in so called official site reviews. To be completely fair You would do the very same to theirs.

What I think about recommendations
Recommendations are usuful when looking for similar story. It isn't indicative of how much you are going to like the recommended series.

What is the best way to find good anime
Simply put trial and error. Try different geners see what's working for you. Reviews might help you. When looking reviews look at multiple reviews. Especially don't look just on the top upvoted review. Some popular series raise to the top rank quickly and as quickly are forgotten. Don't forget to look into older series. With older series, which remain relatively popular is higher chance the popularity is justified.

Anime I have started with (in no particular order)
Dragonball, Sailormoon, Saint Seiya, Slayers

Generally I don't like Mecha. It is hard to express a reason why. I find it kind of cheap, childish and unimpressive. Sport anime is the second genre which does not interests me. I don't like stupid submissive virgin male leads. That puts most of ecchi and harem on my won't watch or 0.5 star list. For obvious reasons I do not watch yaoi/shounen-ai.

Pretty much anything else not mentioned in don't watch. I don't have special preferences in that regard. Fantasy, comedy, action, romance, sci-fi, horror, yuri, gender-bender.

I give stars purely on my enjoyment. Initially I set acorrding to my first impression. If the series surprises me later on for better or worse I do change it. I don't consider what others might like/dislike about the series at all.

I score anime primarily by its own merits or at least I make effort to do so. This means I do not care what studio made it. It has no bearing on score whatsoever. I care more about story and characters than animation and sound. This means the later will have little impact on overall score. I do compare if some another anime I've watched did the same thing (trope, story, character) better or worse. In scoring I do try to weight in where the series fits among all the reviewed series.
The sound scoring is quite simple. If an anime has fitting soundtrack for better immersion it means 5/10 points, additional 2.5/10 points for good and memorable OP and same 2.5/10 for ED. Notice that I do not score explicitly on voice acting. Most of time it is fine. I might in some cases point out exceptionally good or bad voice acting. Perfect score on animation can be achieved only by anime which goes an extra mile. It means the animation must be outstanding with beautiful art appropriate for the narrative. Note that my scoring in this regard is softer on older series. As I've said those are not so important to overall score.

I've changed the way I score. The genre preference is no longer considered. It has not been considered for reviews since 2020. I'm more interested how well it is fulfilled. Penalty for being boring and aimless may apply. So some slice-of-life isekai is probably going to get 3-4 even if it isn't bad per se.

This is generally speaking where the score falls in the reviews:

1/10 It would be better for the series to never be conceived in the first place.
2/10 This is seriously bad in one key aspect (story, characters, morale of the story).
3/10 Meh. The series is watchable/readable, but that is just it.
4/10 Underwhelming to be considered average.
5/10 Enjoyable but far from it to be master piece. At the end of the day it's just an average series.
6/10 Slightly above usual
7/10 Good
8/10 Great series (still flawed to be masterpiece)
9/10 Outstanding
10/10 Perfect Walter! Immaculate.

I have adopted policy for anime to review only series I've watched completely quite back ago. Since "The Lost Villiage" (Apr 2016) all anime reviews are on shows I've watched all episodes. This rule doesn't apply to manga, because manga releases are too slow. However, I do put at the end of the review clearly how many volumes it's based on.

For manga and LN reviews I'm trying to use difficulity scoring system for people, who are studying Japanese and are interested in reading original. This score has no bearing on the total score. It's a useful hint, that I hope is going to help students of Japanese language to get into reading manga. Even If I consider enjoyment of the series more important than difficulity in order to keep motivation to read, there is still need to be realistic. The best progress is at level slightly higher that one can handle at the moment. On one hand you don't want to go too high too soon and on the other hand you don't want to stay at low level forever.

Why it is even necessary? Shouldn't it be like shounen is easier than seinen, etc. When I started to read manga in Japanese I've noticed there are differences in difficulity even among manga targeted to the same demographic. Since my profiency is higher than 3-5 years ago I will have to re-evaluate difficulity on some older reviews (note: It's going to take same time to re-evaluate). Another goal is to improve the scoring system and make it more systematic. There is still a lot of space for improvement. As my proficiency increases it becomes increasingly harder to distinguish what is hard and easy. If you find this feature of my manga reviews useful any feedback is going to be greatly appreciated.

Be civil and don't try convince me to like your favorite series just because my review wasn't favorable to it.

Please read the review, before making some point.

Yeah I just found out it was getting an anime, lol. I had my brother recommend it to me ages ago and I'd never heard of it before so I just assumed no one else had either. My bad 😆 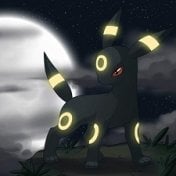 That's what I've heard, and it's basically my motivation to continue the series atm.

Here are some pretty good openings too: (theses are just shows I saw recently)

P.S. As I just noticed... It's hard to find openings on youtube with decent audio and visual quality.

Yo, thank you man, appreciate it, too bad no one is gonna read it cause im so late to the party (i'm even suprprised that you did). I even wanted to write more stuff about its contradictions but i'm like fuck it who is gonna read it anyway. I've already dropped some reviews for older shows i wanted to write (and decided to review stuff just as they finished airing), cause writing a review that someone won't like is fine, but writing a review that no one will read, is a bit sad.