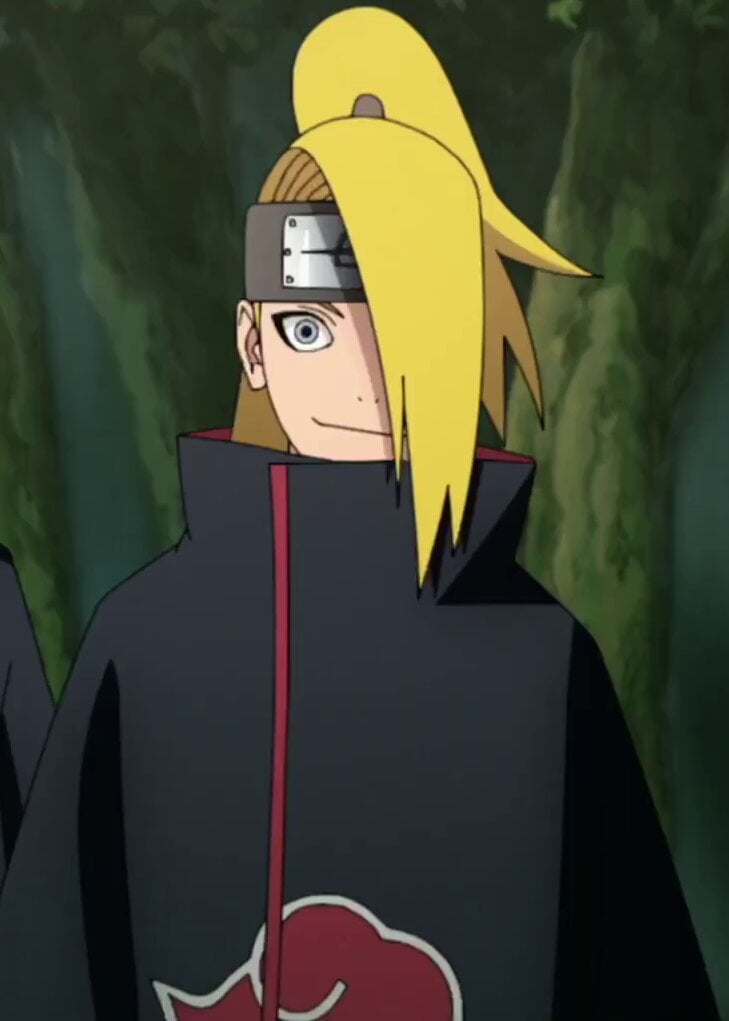 Deidara is one of the youngest members of Akatsuki. He fights with exploding clay figures in battle, which he creates by using the small mouths in the palms of his hands. Deidara has a lot of pride in his clay models to the point of seeming highly egotistical, and refers to them as art. He is very quick to be angered by the smallest of things, particularly if his ‘art’ is insulted.

ART IS AN EXPLOSION

My favourite Akatsuki. While I wanted to know more about his backstory, I love the idea that he's just this explosion obsessed guy who does what he wants, is highly intelligent, and while a Antagonist, has also some Comedy moments. His fighting style is also unique, not some Sharingan/Eye Technique Bullshit which Shippuden always had. Kinda sad that Kishi didn't know how to get rid of him and just killed him off while fighting Sasuke, who somehow(Plot) escaped Deidara's 10km suicide-bomb.

I finally understand the hype around him. He was a funny & great villain.