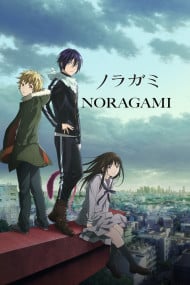 Yato, the supposed God of Calamity, is so far down on the Shinto totem pole that he doesn't even have any followers or a shrine to call his own and has to do odd jobs to make ends meet. Worst of all, his aloof and somewhat goofy personality has just cost him his newest partner and best holy weapon. When the down-on-his-luck Yato is saved by an unfortunate soul called Hiyori, he's forced to take on a brand new job - to turn her back into a human and fix her supernatural out-of-body experiences! Can Yato, a Regalia-less, miserly minor god, even attempt such a tall order? And is there more to him than his ridiculousness lets on?

Story: [2/10]  Anime planet's synopsis: "Yato may just be a minor god now, but he’s determined to make it big and he’s got a plan. Unfortunately, things just don’t seem to be going his way. He doesn’t have a single shrine dedicated to him, his partner has just quit, and now he’s got to find a new divine weapon." The synopsis sounds kind of exciting right? A god trying to increase his influence over Japan, have the people errect shrines in his honour and pray to him. A plot that involved world conquest, betrayal, strategy and alliances... who knows what they could unveil, but I would have never guessed it was comedic relief. Yes that's right, Yato runs around doing chores for people like cleaning their bathrooms and that's about the extent of his divine plan. He does slay some pokemon looking creatures that fly around not really doing a whole lot, seems very similar to a certain Puella Magi Madoka Magica girl plot with the storms and the monsters who make people depressed and whatever. Let us see if the second part of the synopsis gives us a better indicator as to what this anime is actually about. Part 2: "Just when things look bleak, he (Yato) meets a girl named Hiyori and changes her life forever." Now this sounds a little more like what the anime is actually about but what exactly does that mean? I watched the anime and I still don't really know, it's not that the synopsis isn't doing the anime justice either. It's more like the anime doesn't really have a plot and Yato's "plan" doesn't actually exist. Yato is supposed to help Hiyori get rid of her "tail", this leads to them becoming friends. That's it. There really isn't much else to say. Yato needs a weapon to kill these inconsequential pokemon creatures, so he needs a weapon and he finds Yukine. Yukine is a pretty good weapon so Yato does everything he can to make sure that he gets to keep him. Why? To slay pokemon obviously, it's not like hes doing anything else.  However the main storyline is actually about Yato's dark past coming back to haunt him, I've seen this trend in The Devil is a Part-Timer where a generous, kind, gentle and all-around harmless bloke is portrayed as the god of evil as well. It's fairly concerning that the divine manifestation of evil is such a pleasant guy, feels like the balance of the world is in danger. Yukine has some issues too, I missed the episode where we are told exactly what they are, did hear a lot of whining from an immortal, eternally young kid about how he wasn't alive anymore but the rest must be for season 2 or something.  A story about nothing, with characters who exist for no reason and it's barely coherent despite that. All jokes aside, 2/10 is a reasonable score. Animation: [3/10] Pointlessly cute characters, an unimaginative world with clear inspirations from other anime like FMA and Madoka (not style, just content). Gods had completely demeaning appearences that reinforced the idea that gods are really just humans playing dress up and they might (or might not) have a magical power or two. Boshomon looks like a hooker, the god of povery is literally a 17 year old girl with pink hair and no one really exceeds this sort of expectatons. The creatures are unimaginative and unimpressive, almost every character has their situation in some way undermined by their appearance (Boshomon's ferocity, Yato's cruelty, Yukine's depression and so on). Nothing redeeming about it. Sound: [6/10] How do I review the music to a plot that doesn't really plot? I don't know, but there were certaintly some respectable scores and the voice acting wasn't less than average. I didn't really appreciate many of the the main themes though, but I suppose thats a personal taste thing and autotune isnt my thing. Characters: [3/10] Every character was fairly one dimensional, the relationships were also extremely one dimensional and lacked the depth necessary for me to become emotionally invested in them. Gods live like humans, eat like humans, bleed like humans and make friends with humans, in other words they are not gods. Yato as the god of calamity did not ever show any sign of him being a "bad" or "immoral" person, he even dislikes Yukine doing "immoral" things because it stings him, what kind of god of calamity struggles with that? I can't even comment on Yukine because his story wasn't even told to us which is pathetic, and Hiyori is easily the most air-headed character in the series.  Overall: [4.5/10] Noragami boast some impressive scenes but how they got there was most unimpressive, with no strong backbone to the story it really felt more like a magical slice of life with some awful drama elements. I think if you are the type of person who doesn't expect much from their anime and is content with some kawaii characters, some decent action and emotional scenes and some slice of life then you will enjoy this anime. However in terms of technical execution, storyboarding, character design and world setting, there is much left to be desire. I would not recommend this anime to anyone over the age of 18 and I would not recommend this anime to people who appreciate the artistic side to animation.

Warning this review may contain spoilers- Ok so now another one of my reviews for all of you to enjoy, hopefully! This time it is the Winter 2014 anime 'Noragami'. This action filled fantasy anime is quite recent (at the time I wrote this review). Now lets get started, first off the story is very detailed and cleverly put together however even in the best anime there are problems. First problem is that they left quite a few things open, there are many unanswered questions which hopefully if they make another series they would answer. The other thing is that they left the ending open, at this point I am not sure if they are going to make a second series or not however if they just leave it like that there will be many disappointed fans (including me). The animation was just about perfect and I haven't got anything to complain about here. Also the opening animation really fit the theme of the anime and went well with the song. The music all matched up with the genres. However the ED music didn't captivate me as much as I expected. The insert songs played at the right moments...so there wasn't really much to complain about at all. The characters were really undeveloped and again there were many unanswered questions which is really annoying being just about all the anime was amazing. I also liked how the characters personalities ranged and how they all grow along with the series. Overall this anime was near perfect however this anime had small problems. If you like a fantasy/action anime you should like Noragami! ~AngelBeatsYui~

Normally I only watch anime that's been translated to English, I was very anti subtitle for a while (please don’t judge) but this was one of the new anime coming out that made me get over my prejudice and watch…subtitles be darned. It was a wise decision and also spurred my newfound obsession with subtitled anime…my free time has been limited since. Yato, the god amusing as it is to say that after watching this, reminds me a lot of Kenshin. I know some people will hate me for this but it had the same type of feel for me. Their personalities weren't exactly the same; no one can be Kenshin but him, but their troubles, their pasts, their trying to be something better seemed similar to me and it made me all the more obsessed.   Hiyori was the perfect counter to Yato. She was weird, not your typical high school girl for sure, and that's why I loved her. She was pretty to the point and but kind with a need to save everyone. I was pretty sure she would die at least a million times forcing Yato to be a hero no matter how often he professed not to be. She held her own for the most part and even helped him out a couple of times though making her not the usual damsel in distress, I hate damsels in distress. The art was beautiful, I think so anyway though I tend to be easier to impress as I have no artistic ability myself and are in awe of those that do. The music was good, not fantastic but not horrible either. The story was great and I eagerly await a season 2 to answer all the questions season ones ending left me with. Or I shall read the manga as it comes out and enjoy the continuation of a story I love. All in all, it was worth the watch. I highly recommend it to anyone with good taste. (yes I know that shall likely start some things if people disagree but for now, I don’t care.) 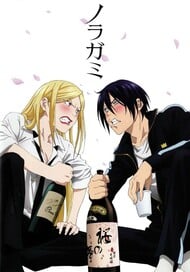 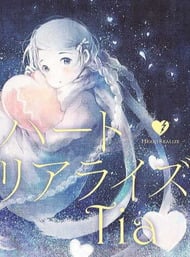 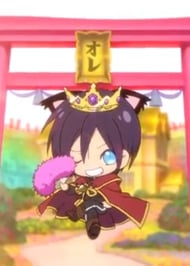 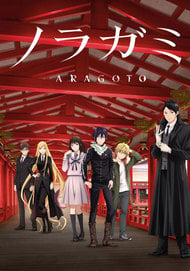 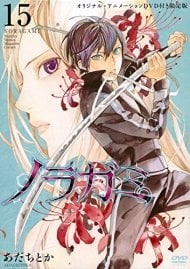 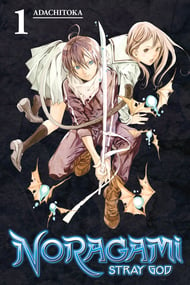 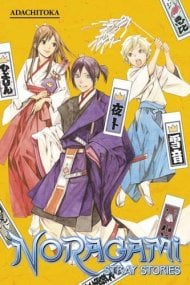