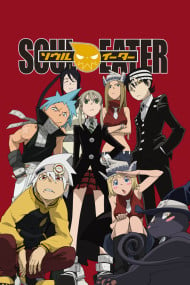 What I always liked in Soul Eater (SE), was its ability to be one of the few fighting shonen where the power of friendship means something. Fights are all about cooperation, the characters need to have harmonic resonance in order to maximize the efficiency of their attacks, instead of getting random power ups because they want to protect their worthless in battle friends, or some shit like that. (aka Fairy Tail) And even the cooperation part has a lot to do with the mentality of its characters. The biggest conflicts they face do not have to do with super strong opponents they can defeat only with raw power. They are about facing your inner demons, surpassing your fears, and accepting your fighting partner despite his eccentric behavior. All those are reflected in their progress as fighters, and make Soul Eater to be a lot more about internal struggles instead of generic bad guys who want to rule the world. (aka Dragon Ball) That doesn’t mean the battles are boring, since they are actually full of dynamic motions, constant change of camera angles, and of course lots and lots of screaming. The soundtrack is adding a lot to the experience with its catch BGM, although voice acting was a bit hit-or-miss. Maka sounds weird because her voice actress was inexperienced, Black Star is trying too much to sound like Naruto on sugar rush, Soul sounds too adult for his age, etc. It’s not bad, but I have heard much better performances. It’s also one of the few shonen with a very distinctive setting. Most of them are mundane but this one looks like a never-ending Halloween party. The scull motifs, the creepy looking moon, and the mostly dark color palette make everything to feel like they are in a constant state of paranoia. Combined with camera gimmicks, such as fish-eye perspective while zooming in to insane facial grimaces, and you get some wonderful aesthetics. It even starts right away with the action instead of spending a dozen episodes in a slow build up where the kids meet each other in school and do basic training or something. (aka My Hero Academia) Unfortunately, just like it happened with the older Full Metal Alchemist, the anime goes into original material in its second half and loses a lot of its nuance. We get lazy drawings and sloppy motions, plus the later songs are not as good. It felt a lot more mainstream by that point and had a very anti-climactic ending where the unstoppable final boss gets defeated with a single punch. It’s one of those series that need a remake eventually, although I am not sure it will make a difference, since whatever hype it had, died instantly when the anime ended. I can explain it as the themes running dry, or later bad guys not being as interesting as the first ones. And I have to admit that the story is not very engaging beyond the internal conflicts of its characters. The plot is very basic and almost random in how it introduces more evil organizations that up until then were completely hidden, despite the good guys constantly monitoring the whole world. Arachnophobia felt like a lazy way for the good guys to have an army of evil minions to defeat, just for delaying the final battle. It is also very hard to accept Shinigami binding himself to the city, just to keep Ashura trapped, but when Ashura escapes, he leaves the city without a problem with Shinigami still unable to leave it. What was the point of it, if it doesn’t work both ways?Basically, the show suffers from the same issue as Bleach. There is no sense of long-term objectives, other than dealing with ephemeral threats. Even when there is a clear final boss they need to defeat, said boss is not even present for most of the duration, making him distant and uninteresting. And when he finally makes his move, despite the build-up he gets, he is defeated with a single punch. (insert One Punch Man joke, here) Leaving the weak storyline aside, it has good pacing to the most part, hardly any filler, and ends before it becomes unbearable. This is something very few shonen have managed to do over the years, without becoming a travesty of bad pacing and fillers ala Naruto.

This is an absolutely phenomenal anime! It has a nice balance of characters with each making their way through their own personal conflicts which, in effect, help overcome the bigger overall conflict. There's heated battles of clashing powers with a constant itch of what's going to happen next? Thoughout all of it personalities shine and there is a perfect balance of seriousness and humour with it all leading to an epic climax and a meaning ending. 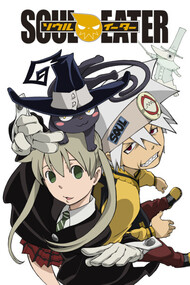 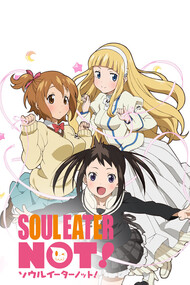 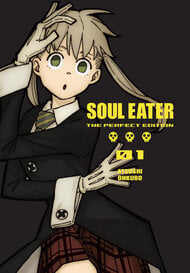 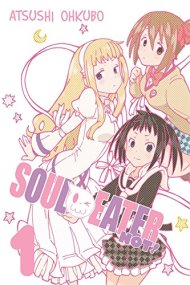