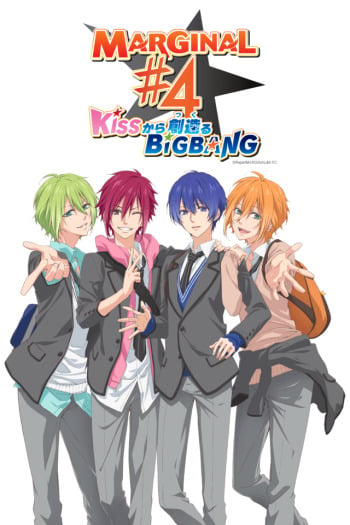 If you're looking for anime similar to Marginal#4: Kiss kara Tsukuru Big Bang, you might like these titles.

If singing pretty boys are your thing I'd definately suggest it, both are based off otome games however Marginal#4 has a distinct lack of female love interest and focuses more on the boys.

Musical prodigy, Kanade Kohinata, has found herself adrift and unable to regain her creative focus. All that changes, however, when childhood friend Ritsu Kisaragi insists that Kanade and his younger brother Kyouya, both transfer to the prestigious Seiso Academy. The super-competitive orchestra club is in contention for the National Championships, and amidst the fire of competition, Kanade may find herself kindling more than just a passion for music!