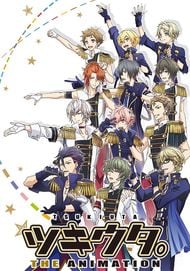 A+, tbh. I found this anime as I was getting back into the music/anime scene, so I watched it coz i figured, "hey, it's anime, and it's music, so why not?" Honestly, it might have been one of my better decisions. This review is spoiler-free, so while i don't think it's as in-depth as i can make it to be, i guess this can be a review to... encourage people to watch it, if they have the time to do so. go ahead! OVERALL: 9/10 It's almost amazing! The only reason i can't give it a 10 is because my favorite character did not get an episode lmao yes i am that petty STORY: 8/10 The story is not so much as a plot. It's a slice of the life of idols, as is the rest of the Tsukiuta franchise; only this is specific to the experiences of Six Gravi and Procellarium. I rated it 8/10 because, as a student, I was able to relate with their experiences: the agonizing over your dream, the uncertainty in your own abilities, the growth, the support you are able to receive from the people around you... it's relatable, and it's life. ANIMATION: 9/10 NOW. I know people will disagree with me on this, but hear me out: CG is amazing in anime, especially the way it was incorporated in the series. It's 80% traditional animation, 20% CG. The CG makes it so that we are able to watch the 'performances' in different angles, and more realistically than in other performance anime. From their breathing, to the subtle movements of shoulders and eyes and the face... what else could you ask for? SOUND: 10/10 It's a musical anime. It pulled through: each character was able to perform his own character song, and each group was able to perform the song they're best known for. The last song? 12 distinct voices, blending so freaking naturally? A M A Z E B A L L S. CHARACTERS: 9/10 Each character is distinct, relatable in his own way, and well-developed - i guess that's what happens when you produce something in fiction and it actually exists in real life. My only caveat is that the - in my very biased opinion - best character did not get his own episode. Instead, we got a special episode where another idol group visited Earth from the moon. I guess that adds more to his mystery and allure, but still, I wanted a Shun-centric episode, why wasn't I given a Shun-centric episode? So, that's it! No, there aren't any girls in this story, and no, there isn't a romance, yes, it's all about the friendship shared by a dozen boys, but don't let that discourage you from watching. It's a nice way to just sit back and relax and laugh at the shenanigans that people can get up to - actual teenaged boys get up to, as someone who has been friends with a dozen boys for years, i'm telling you.

This is one of my favourite music anime. I also like this anime character actually not just like love this anime's characters. It's animated character are just great. That's all i can't describe it. If you are interested in it then watch it. I also don't watched it because i don't like boys idol. Then i was scroll around i found it. I curiously click it. Then it become one of my favourite. Now i also like boys idol anime. If you are interested then definitely watch it. It can also became your one of favourite anime. That's all i want to say.

The plot is kinda confusing and the characters' facial expressions kinda looks emotionless but the songs and performances are hella GREAT. ESPECIALLY THE PERFORMANCE FOR TSUKI NO UTA.  WATCH THE LAST EPISODE GUYS. THE ENTIRE EPISODE IS A JOINT CONCERT BETWEEN GRAVI AND PROCELLA. I'VE NEVER WATCH AN ANIME LIKE THIS. THE ENTIRE EPISODE,OKAY?!! fuckk They performed 15 songs in total, 2 unit songs, 12 solo songs and 1 joint unit song. They talked abit during the concert (Shun showing his fanboyness towards Hajime) But this story would be better if it have a better story plot ^o^ 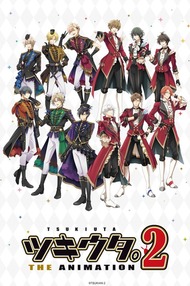 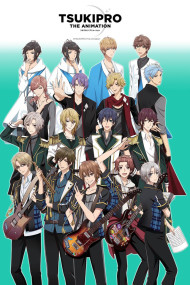 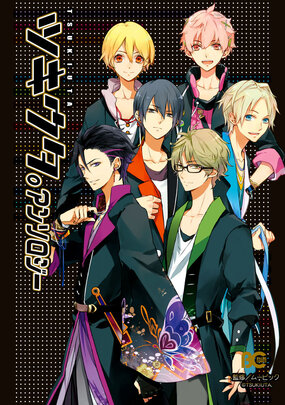 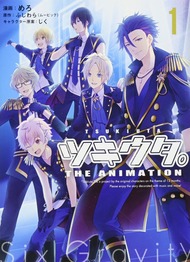