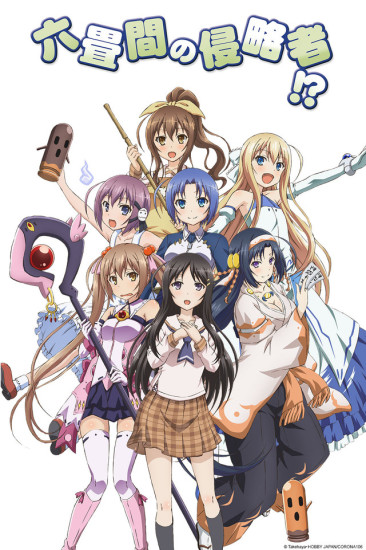 Rokujyoma no Shinryakusha is a simple anime that captured me from the start. Its not amazing story wise, nor are the characters anything new, but the series was good to watch from the beginning. Story: 6/10 Story only 6/10? why is that? To be honest, this series could've been much better if they stuck to what the first half was about. It begins as a game inside an apartment, with numerous people fighting to get control of room 106. Every competition leads to them turning it into a game, and the first 6 episodes are like that from start to beginning, but it takes a change of turn halfway through. I will be honest, The second half isn't that bad. It helps you understand the characters involved a lot more, And ill tell you why thats important in the characters section. Animation: 5/10 was just average to me, Just another anime. Nothing stands out or shines, but it looks nice and is consistent. No errors through out the series. Sound: 8/10 When it comes to sound, during the series im not too focused, but the music in an anime can really generate an atmosphere, and the intro's and opening leave a big impression. The intro is super catchy, and has developed to an intro a love a lot of. There isn't too much music in the series to be honest, but the music is just right for the occasion. Nothing too important like Clannad or Angel Beat's music, but it was memorable or fitting enough for the series. Personally, I loved the music, but i can imagine to everyone else it was average. Characters: 9/10 The characters were pretty damn cool. each character is pretty much a bundle of every other anime. A princess and her mecha knight, A huge bewb character from underground with 2 flying and talking dildo's assistants (What?!), A magical girl about love and a ghost. Pretty generic, and for the first 6 episodes, you have no idea about their backing except the smaller details. Luckily, when it changes, the other episodes go into each character a little bit more and you get to become a little more with that character. The main guy is nothing special too, but thats what i ike. They're all generic, but done well enough for them to seem different. In my opinion they were great, but nothing too special.  Overall:  My opinion:10/10     Rating: 7/10 Like i said, this anime is very average, but enjoyable, and as a person who adores this type of anime, I gave it a strong 10/10. It was one of the series i looked forward to during the summer 2014 season, and it never disappointed me. The rating i give it as an anime though would be about 3.5 starts. Its not terrible, but not great either, and it doesn't really stand out. I can't see this being a series that in the future, you would ask "Have you seen this?" because its not Code Geass or something flipping amazeballs. Though it does need a second season, because the last episode has very questionnable scenes and moments that need answering.  I would seriously recommend this to anyone who loves the Harem scene, with a nice touch of comedy, but if you're looking for something different from the rest of the crowd, I don't recommend this to you.

I used google translate, I apologize in advance for any errors. I was initially attracted to the pattern that has a style that I really like watching the first episode I did not think the story would have ended so much anonymous. History 5: It starts with a well-defined thing, many people insist that the room 106 is owned by them or is critical, of course only one of the potra tick and this is done through a game attached to the challenges, which also makes interesting the matter, only that at some point it is no longer mentioned .... oh yes, to all of a sudden you live all together in a hole of flat, and the plot ends after 4-5 episodes for me. Animation 7: can be a bit simple and sometimes know already seen (especially on 3D animation) but it has a nice style that I personally liked, bright and vibrant colors Sound 7: Opening and ending their are really nice for the texts that have, for the rest nothing exceptional is just a few notes to "accompany" the scene. Character 8: A really nice mix and there is something for everyone, here's the real strong point of this anime with a care dubbing apt for each character. Conclusions: It is a series that I have seen with pleasure but I admit I let it go for a while (though I paused a little in all this summer) I'm sure that if you want something undemanding it is easily feasible , the rest is always a comedy with a touch of harem you will let definitely win  Rating: 6 Personal opinion: 7 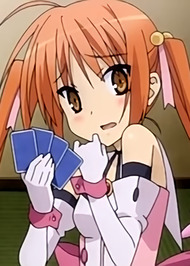 Invaders of the Rokujyoma!? PV 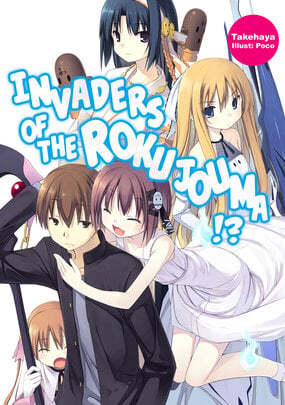 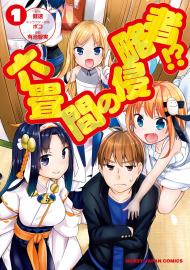 Invaders of the Rokujouma!?