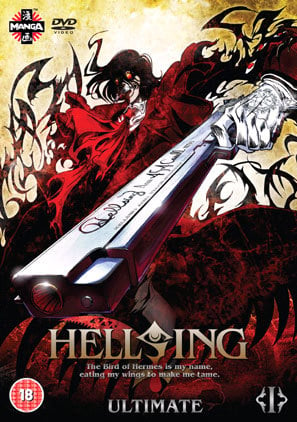 In another reality, humans never die. If they get sick or injured, they simply "kill" themselves—and immediately come back to life. But then a mysterious new disease, Resurrection Deficiency Syndrome, starts spreading through the populace via Vectors. The Anti-Vector Police Task Force is determined to solve the mystery of how RDS spread, but the Escape Artists who use violent means to rescue Vectors seriously hamper the police's efforts. And just how do the Escape Artists always beat the cops to the scene of the crime…?

The devastation caused by the Kantou Hell Quake sunk the buildings in the center of Tokyo deep beneath the waves. A great number of human lives and and a great deal of property sunk along with them. There's no shortage of people aiming to claim these sunken valuables. Many of those people are pirates, who arrived from overseas in salvage ships of unknown nationality. Every night, these pirates raid the chain of small islands, which all that remains of the Kantou region, and assault the survivors. However, there was no one who was able to stand against the pirates! It was a completely lawless zone. It was Japan, but not Japan: A land and a people completely forsaken by their country. That is, until Violence Jack rises from the ocean to help the islands' inhabitants fight the pirates and their allies, the New Shu Army.

September 11, 197x, In the whole Kantou region a magnitude 8-9 violent earthquake occurred. Scholars called it the great destruction of the Showa Era, but the people called it the earthquake from hell! Volcanoes erupted, buildings crumbled, Tokyo became decimated in a single day. The government, after failing to recover the city, abandons Tokyo and moves the capital. The survivors form a society with no laws. In this harsh lawless world emerges Jack, a 10 foot giant who annihilates anyone and anything in his path. The manga details his journey.

A vampire is able to escape near death by making a deal with the devil…. In order to obtain a fresh woman’s blood to be offered to the devil, the vampire becomes even more malicious than the devil himself…

After sixteen-year-old Ryo Narushima brutally murders his parents, leaving his sister alive, he finds himself at a juvenile facility where numerous horrors await him. Between getting gang raped and tormented at every turn for his crimes, the boy turns to martial arts, taught by the prisoner Kenji Kurotawa, in order to become stronger. Thus begins Ryo’s quest for power, no matter who tries to get in his way.