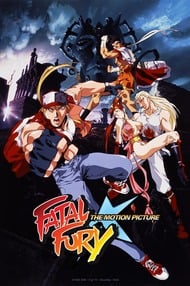 Ahh geez... where to start? Fatal Fury: The Motion Picture was THE ANIME to get me hooked. I remember my father video taping a show he wanted to watch on Sci-Fi channel, and fell asleep, and it picked up a "anime marathon" they had, starting with this. The last 15 minutes were cut off, but I watched that movie 5 times before finding the means of finishing it haha. That being said, by today's standards, it's pretty lame, but at the time, it blew me away. So take into consideration most of my ratings for it are from what it was at the time. Yeah, they were good graphics back then, possibly an 8, but by todays, more along the lines of a 3. I think that's fair :]StoryIt wasn't until later in my life that I had the chance to play the video games that the movie is based off of, but I found it to be pretty irrelevant anyway. As a child, and even as an adult today, is that without playing any of the multiple games, or watching the (I believe 2?) prequels, I kept up with the movie. It revolves around a man named Terry who is a champion fighter, who over the years has accumulated some close friends (who are also fighters. Yay). In this movie, a pair of twins, raised by a rich father who was murdered for an ancient treasure both steal his heart, and try to kill him. The female, named Sulia, seeks out Terry Bogard to ask for help. He is renowned for his fighting skill, and she wants him to help "save" her brother. Her brother, Laucorn, has assembled pieces of the treasure (armor) and is rapidly gaining extraordinary powers, for some or another half brained world destruction scheme. With his friends, and his new love interest close at hand, Terry will attempt to save the world.AnimationEven by todays standards, I'd like to think Fatal Fury: The Motion Picture has bragging rights for pretty animation. The color is off, and even the anime style itself let's you know it's a little older, but when the action scenes hit, you can tell they had the budget, the artistic direction, or a combination of the two to get it done. As with alot of earlier animes, the characters themselves look more human than todays popular animes do. Regardless, it still comes off as impressive, and I'm sure no one would watch it and completely bash it.SoundWell at the time, I'm sure it was "hip" and "catchy" most of the music in the movie is just flat out annoying to me. The voices were recorded well though. I have not seen the original, but even in the American dub, the voice actors sound professional. When Terry let's lose a "scream of agony" or something of the like, it sounds like someone being hurt. In a lot of dub (NARUTO) it comes off as if someone came into work drunk, and half heartedly screamed into the mic.CharactersThis is where the movie really shines for me. Every character in the movie has a great personality and execution. Terry Bogard is a humble warrior. It comes off as cliche, but it's ncie seeing a man who doesn't want to fight, discover the "inspriation" to. His brother Andy and his girlfriend (sort of) Mai Shiranui are a good comedic relief for the movie. Mai is an extremely bubbly ninja, who clings to Andy, although until the end, he never shows mutual interest besides awkward moments when she clings to him. Another of their friends named Joe Higashi is your typical meathead action junkie, who throughout his stupidity, but also loyal friendship earns a place in your heart. Sulia is a sweet girl, who comes off as innocent, but you quickly discover that underneath it all, is an intelligent girl, who will do whatever it takes to save the world. At the same time, Laucorn, opposite Sulia, can be seen for his immaturity, and descent into a sort of revenge driven madness. Laucorns henchmen Jamin and Hauer were even given distinct personalities. Jamin, the wise and gentle, fights for Laucorn, although he doesn't wish for violence; especially not towards Sulia, and like most animes, Hauer is the typical narcissistic character, but instead of being used towards comedies sake, takes on a serious role, which is interesting.OverallOverall, A new age fan of anime might shy away from the title, but if you can appreciate a good work, then this movie is for you. It's well written, cheesy, but in a good way, and a great action flick. It's nice reminiscing about this old movie with you guys, and I hope you take my word for it and check it out :]

It's not as good as the Hungry wolf but it's pretty good and it introduces Mai to the storyline too. 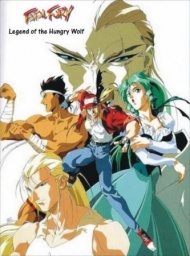 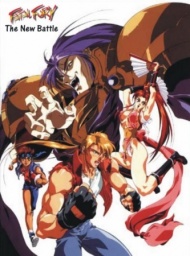 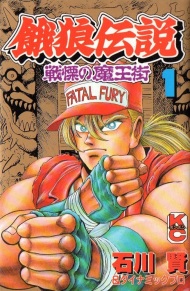 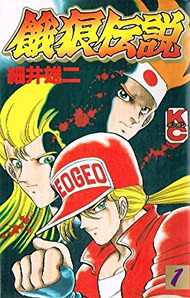 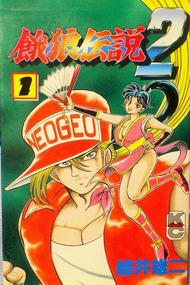 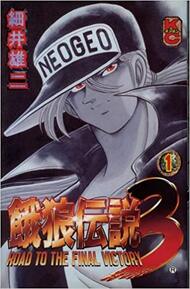