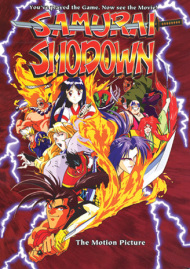 Story: Lets see... there are these bunch of... warriors, of different ethnic origins (It's important) and they fight this lady who looks like a dude. She uses some magical powers and shit to totally jack them up and they do some magic of their own to escape it. It really makes more sense if you watch it until it actually happens because none of it makes much sense- but anyway, good trying to combat evil fails so 100 years later, because all good time skips are divisible by 5, the heroes are reborn, or they're still alive and looking the same- Ugh. It's a pain in the ass to try and explain it so I'm going to cut to the part where I swear and criticise it grossly unfairly. The plot's shit. Good vs Evil with some horribly generic scenarios, completely stupid events and one of the most piss poor (Anti-)climatic fights I've ever seen. Well, some. A lot of the fights are crap. Most of it's crap. But plot, plot. I'm drawing a blank. The evil castle/fortress/hideaway is stupid, the plot progression for reuniting the band cuts out the reuniting of most of the gang (Thank God) and the plot of trying to find/get the final member to join up is mostly crap. I don't know if playing the game would enhance the plot but it would probably make you foam at the mouth instead of going in cold. But it's faithful, and how do I know that? They shout out some of their special moves. Shouting out moves is integral to many fighting games and this is one of them! Theres... this ninja too, and I think the shunogate- Samurai Clan, a real super power from back then but it's really about the gang of random guys and gals saving the world. Um... look, you're really not here for the plot. It's hard enough to try and remember the details or anything that isn't the bare bones of it all but it truly is crap. Animation: You see those screenshots? Some of them are stills from the actual film and the ones in motion don't look much better. I would say it's crap but I have to praise the Lady Who Looks Like a Dude for being oddly pretty and the French chick who reminds me of Charlotte from Infinite Stratos. That last fact should instantly propel the score to a 10 but I can only do that for titty anime and this is not a titty anime. So I have to do it fairly: The design for the castle is original but garbage, the characters are mostly ugly barring the two mentioned above, the blonde ninja is totally not a ninja, some hilarious stereotypes for some of the characters, especially the one from South America (I can't even explain) and the obscene white blood cell loss in most or at least half of the fight scenes where people bleed. Sometimes it switches to blood blood, but it's inconsistent. Sound: I'm sure the Japanese dub is good and all but you don't watch crappy anime with subs if it's available. That's if it's the only option available. The way to go is with English dubs because as a whole for crappy anime, they're more often than not far crappier than their Japanese counterpart and here, boy are they crap. Mostly crap, and kinda cheesy with bits of ham, laughably bad. And and orgasmically amazing French accent courtesy of Charlotte. Is her name Charlotte? But she's French, and that accent, divine. Music I can't remember, sound effects were probably crap but probably heightened the pain and Charlotte's so far ahead in VA that there's no point talking about anyone else. Characters: Well, there's this guy named Hanomaru- Haoumaru? He has some real rad hair and is a badass samurai who fucking smacks the bitch out of some bees. Literally. And there's Charlotte, who has some oversized armour but a lovely accent! And that hot evil lady who totally looks like a dude. I mean, I thought she was a dude at first. A good looking one but guess it was a twist in itself that it was really a she even though gender hardly plays a role. Anybody else, I can't remember their names. It's a movie based on a game, with some real life (I'm still assuming that the Shunnogate- I don't have an alternate spelling but a powerful samurai clan and this badass ninja known for being an evil badass ninja are real) and... I guess... They look the part at least, some of them. I didn't hate them but I did like a few and some were even cool, like the unintentionally hilarious American ninja and the animals kicked some major ass at times. That dog and eagle, owned the fuck out of some of the mooks. That's some extra points right there. Animals kicking ass. So Charlotte, Lady Who Looks Like a Dude and kickass animal duo, carrying the others and a character reminding me of Charlotte brings up the tally, because I'm biased. Overall: C'est de la merde. 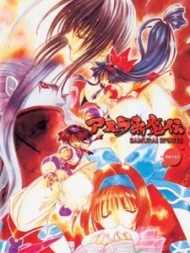 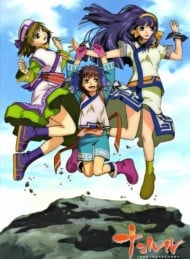 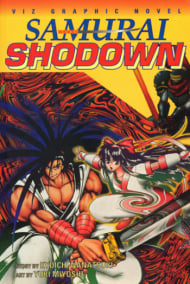