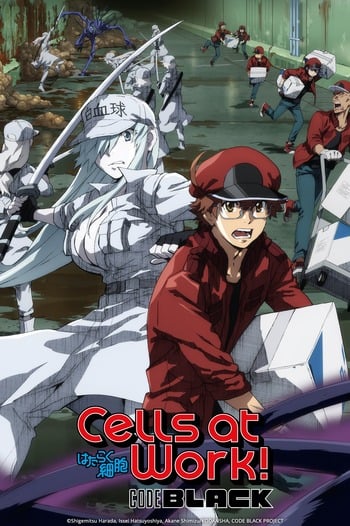 If you're looking for anime similar to Cells at Work! Code Black, you might like these titles.

Have issues with depression, erectile disfunction, dementia, or even with your love life? Don't worry, as the psychologist Ryo and his nurse Asuna will seriously try to help you understand these mental disorders all while laughing in this comedy anime!

The short will follow the Platelets as they head to the theater after work.