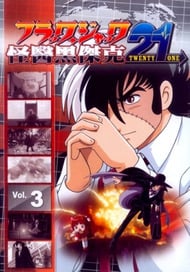 StoryBest described as the bastard love child of a rather dodgy soap opera and a James Bond film, Black Jack 21 is the latest instalment of Osamu Tezuka’s popular franchise. This time Black Jack becomes the target of a group of assassins hired by a mysterious corporation. With only a single photo as a clue, the surgeon sets off on a worldwide expedition to discover exactly who wants him dead and why. Conspiracies abound, and interesting – if not predictable – plot turns ensure that Black Jack 21’s storyline remains entertaining throughout, albeit occasionally difficult to take seriously. While assassination attempts and collusion naturally bring about plenty of action, Black Jack often finds himself in situations best left to 007 rather than an unlicensed surgeon. Although the Black Jack franchise is not known for its particularly plausible plots, inclusions of scenes such as our protagonist scaling a plane’s exterior mid-flight push the boundaries of believability. Mix this with familial conflict and shocking revelations that are more at home in a daytime drama, and the product is a bizarre creation, dangerously close to becoming utterly laughable. Black Jack 21’s inclusion of an actual plotline makes a pleasant change from the usual episodic content the franchise relies on, with every episode seeing Black Jack swoop in to save the day. However die-hard fans need not fear – expect plenty of ‘swooping’ in this chapter of the Black Jack series as well.AnimationBlack Jack 21 follows a visual style typical of most of Osamu Tezuka’s creations with his character designs heavily influenced by 1920’s western animation. While the series displays relatively polished movement, I find the constant use of static images with dramatic ‘action lines’ (a Black Jack standard) unimaginative and repetitive. As with many other recent anime series, small amounts of CGI have been included. While not only as obvious as Black Jack’s scars, the series’ use of computer graphics often serves little purpose other than enabling the use of sweeping and supposedly dramatic camera movements.SoundBlack Jack 21’s sound design serves its purpose of heightening the tension of certain scenes. However during its more ridiculous ‘dramatic’ moments, the series’ exaggerated score merely makes an already farcical scenario all the more laughable and thus acts as somewhat of a double-edged scalpel. Though neither outstanding nor memorable, both the opening and ending themes fit well with the series’ mood. Reprising his role as title character, voice actor Akio Ohtsuka provides a stellar performance. Showcasing his ability to express the desperation and motivation required for Black Jack’s situation, Ohtsuka’s performance adds a slight plausibility to an often far-fetched plot.CharactersDuring this series Black Jack embarks on a long mental journey aside from his physical one. Back Jack discovering secrets hidden in his past provides the anime with an excellent chance to develop its main protagonist – and it does not disappoint. To see a character such as Black Jack, who often shows little emotion, reliving his painful history and learning of the truth behind the tragic events of his childhood comes as a refreshing change and provides the highlight of the series. Black Jack 21 also introduces an array of new characters, most of whom appear in one or two episodes and thus only a select few enjoy any form of development. Those that do receive a more in-depth exploration of their character undergo their own personal transformation during their encounters with the genius surgeon. This selection of more evolved secondary characters, as well as the series’ demonstration of the consequences that befall those surrounding its protagonist, breathe life into this anime, something that the other Black Jack series fail to achieve.OverallGoing into this show expecting a dramatic and gripping thriller is probably a bad idea. When viewing this as a fairly light-hearted series with a decent plotline and some cheesy, extravagant action it becomes possible to forgive the ludicrous events scattered throughout. While nothing more than easy watching, Black Jack 21 succeeds in providing entertainment without being pointless, also managing to throw in some respectable character development to boot. Fans of the Black Jack series will find this highly enjoyable, and those new to the franchise may find it more engaging than they imagined. 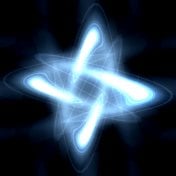 I don't like giving bad reviews.... and I appreciate that Black Jack is a classic character with a lot of variant media, but I will take this show on its own merit as I have not seen the others. If you are not turned away by laughably fictional treatments, purposefully annoying sidekicks, emo main characters and a tired morality-based plot... then this may be for you. I don't want to say a show is bad simply because it didn't uphold my suspension of disbelief which I put way too high to begin with, but as someone trained in medical practice and biomedical sciences... I was aghast. When they made up some kind of medical treatment and dismissed the fact that it makes no sense at all by calling it "experimental" or that it "somehow seems to be effective"... I was disappointed at best. That aside I found the characters were too clichéd and irritating to make up for the garbled medicine (at least Dr. House's antics always keep me coming back). I'll admit I may have not given it a fair enough chance - I stalled after 6 episodes. But I was tired of the patient-of-the-week format with some big moral ultimatum that routinely ended the same way. On the technical side, the animation is crisp, clean and colourful, and the sound is good. My only gripe is that the character design is extremely dated - this, I know, is because they have not updated the character design since the original, oh so long ago. A fan of the forerunning series/OVAs/manga/whatever else will no doubt count this as a plus, but as a newcomer, it got on my nerves, so I had to mark it down for that. Other newcomers will probably feel the same, but if I were to give the show credit for staying true to form it would not be unreasonable. 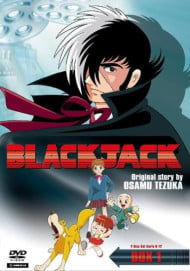 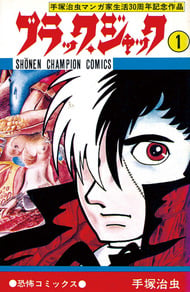 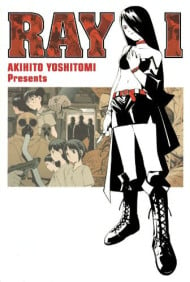 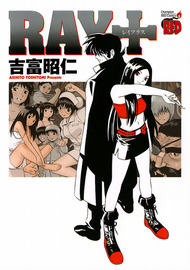 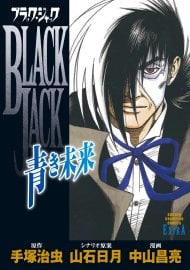 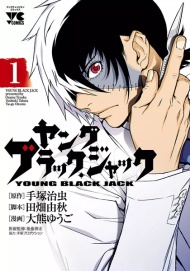