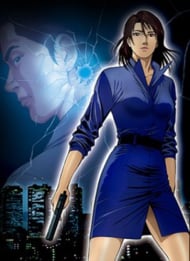 After watching nearly all of the top rated anime from Anime-planet.com, I have to say that Angel Heart is my favorite anime series by far!  This series is very underrated, and needs more viewers like you.   Story (9/10): The story begins with a 15-year old girl once known as "Glass Heart" waking up from a heart transplant.  She used to be an assasin, and she had killed herself to become free from the guilt of having killed many, many people.  After a successful heart transplant, she wakes up to a whole new experience of life, gradually gaining a loving family of similar friends, and vowing never to kill anyone again.  The former "Glass Heart" helps Saeba Ryo (from the anime "City Hunter") in the job of being City Hunter (a detective-like job from the underground).  The transplanted heart once belonged to a very kind and gentle woman, Saeba Ryo's lover, Makimura Kaori.  The dangerous jobs of City Hunter become heart-warming tales involving the love between parents and children, as well as romance and action, with a deeply loving philosophy learned from the changes in the characters' personalities.  The story is split into smaller events, about 3 episodes per event, allowing for a lesson to be learned from each event.   Animation (8/10): A beautiful visual experience, yet the animation is this anime's worst quality.  Beautifully drawn, but does not compare to visual masterpieces such as the anime Mushi-shi.  Characters are drawn in a slightly older style reminscent of anime from the early '90s, yet the graphics are clean, colorful, and wonderfully animated.   Sound (10/10): As a composer myself, Taku Iwasaki is my favorite anime composer.  Iwasaki's soundtrack of 50 tracks for this anime is absolutely AMAZING!  I don't buy many soundtracks, but this one I had to buy immediately - the music is incredibly beautiful!  Iwasaki uses a wide variety of different styles and instrumentation, including a string ensemble with other instruments such as harp or oboe, piano music, electronics, and rhythmic dances of drums combined with other instruments - there are many other styles that he uses in these 50 separate tracks, and each track is longer than most anime soundtracks, lasting at about 3 minutes per track!  Taku Iwasaki is a masterpiece composer, and Angel Heart is influenced by Taku Iwasaki's amazing compositional style.   Characters (10/10): Personality (along with the music) is what makes Angel Heart so good.  Each character has their own individual history, and as the viewer you can learn about how each character came to become who they are, through the anime's beautiful emotional stories.  As you get to know the characters, you begin to really feel like part of the family, and can really enjoy each individual personality and fall in love with the characters.  Each character is eccentric in their own ways, and as you get to know them, you understand why they act the ways they do, as well as the deeper meanings behind their personalities.  The characters are well-developed, yet not overly developed - rather than just one or two main characters, a whole family of characters becomes the focus of personality.  The character personalities are beautiful.     Overall (10/10): Deep philosophical life lessons can be learned from this anime (similar lessons to the anime movie "Rurouni Kenshin: Tsuiokuhen").  Angel Heart has helped me to improve myself as a person, and to understand love and life on a deeper and more emotionally rooted level.  Angel Heart is a masterpiece that deserves a 10/10 for an oustanding story, soundtrack, and character development.  I recommend this anime to older audiences.

it is an awesome anime, however there are just too many feels in it, dureing the whole series i cried like five or six times even though im an adult. despite this however there is a equal share of comedy hidden in it, so overal it is a great anime 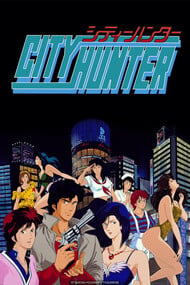 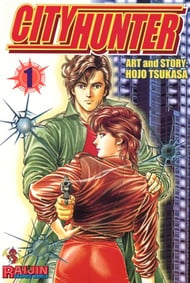 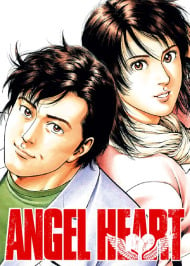 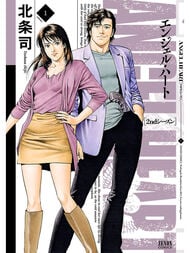